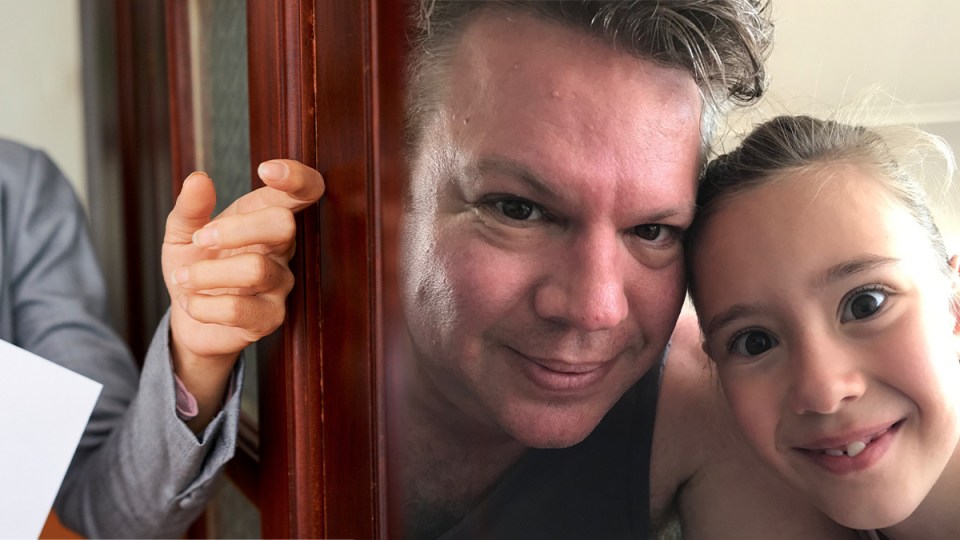 A newly unemployed dad has had to reassure his panic-stricken daughter she wasn’t being taken away when a job coach showed up at their home unannounced, in defiance of a federal government directive.

Employment agencies rake in large sums for placing unemployed people into jobs – and keeping them there.

But given the dramatic fall in job vacancies, government-contracted businesses are relying more heavily on new sign-ups for cash flow.

Thomas Roker, 43, had not yet engaged with an employment service provider since becoming jobless in June, making him a prime target for agencies rushing to sign up new job seekers.

Not-for-profit Help Employment tried to get Mr Roker into its system by adopting a hardline approach that goes against the government’s instruction on how to communicate with job seekers amid COVID-19.

When it couldn’t reach him, an employee came to his Queensland townhouse twice in the space of two hours to do a “house check”.

“It just felt like harassment. I had my eight-year-old daughter with me. She was quite petrified of the whole situation,” Mr Roker said.

Help Employment tried to get Mr Roker signed up the week before.

A worker known as a post-placement support officer cold-called him but when he didn’t pick up, she left a voicemail message, asking him to phone back – and so he did.

Mr Roker said he spoke with his former job coach, who requested he come to the office so they could “reactivate” him on a new job plan.

“I said I’d come the next day if I could. It was a loose arrangement.”

Applicants normally sign up for job plans during initial appointments, meaning Help Employment would have been able to claim a $269.50 administration fee from the government had Mr Roker showed up.

The Department of Education, Skills and Employment did not respond directly to a question about if and when employment providers could visit a job seeker’s home, but confirmed these visits were not acceptable.

Mr Roker has a medical certificate stating he “is at high risk of contracting COVID-19”.

“Having someone come and risk my health like that … it’s such an invasion of privacy,” he said.

He said he later phoned Help Employment and spoke with his former job coach, who told him his colleague was conducting a “welfare check”.

They then offered him a fuel voucher if he came to the office, telling him “we can help you”, Mr Roker said.

Help Employment did not respond to requests for comment.

Whether lawful or not, showing up at someone’s house uninvited and unannounced constituted a breach of privacy, said Dr Peter Davidson, principal adviser at the Australian Council of Social Service.

“Then to show up again two hours later, I would regard that as an aggressive approach to forcing contact with somebody,” he said.

Given there is no penalty for job seekers who do not register with a provider, Dr Davidson said “that makes it all the more inappropriate”.

A job coach who spoke to The New Daily on the condition of anonymity said unless there is a legitimate concern for a job seeker’s safety, visiting someone’s home such as in the instance described is “unethical” and “inappropriate”.

“You’re sort of instilled into you the ‘whatever it takes’ sort of attitude to get your outcomes and meet your targets,” he said.

“There are probably some well-meaning consultants who think well, this is just a part of ‘whatever it takes’ and not realising the implications of that.”

“As the unemployment numbers in Australia rise and more people enter the jobactive system, the government needs to be able to safeguard job seekers from inappropriate behaviour or misuse of their personal information,” Ms Pratt said in a statement to The New Daily.

“As this case shows, the government’s employment services system is not fit for today’s economic circumstances and it is now under more pressure than ever.”

A member of Ms Cash’s office referred back to the comments provided by the department.