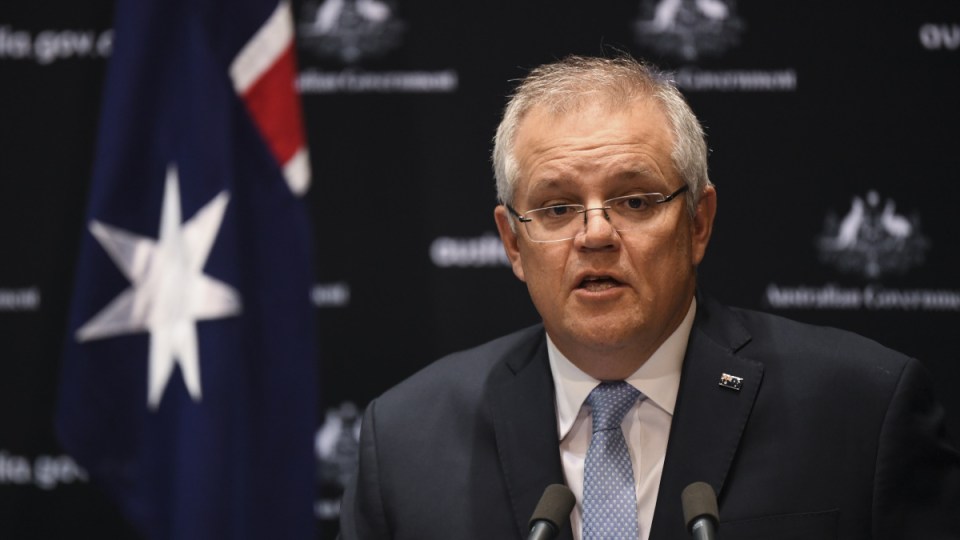 The Prime Minister is weighing up what to do with JobSeeker payments Photo: AAP

For every 17 Australians who need a job, there is only one available – challenging Prime Minister Scott Morrison’s claim Australians are turning down good jobs.

Currently, there are 1,640,773 unemployed Australians and just 91,991 jobs, according to data released by the Australian Unemployed Workers Union on Wednesday.

Speaking to 2GB on Monday the PM said unemployed Australians were knocking back work because the JobSeeker benefits were too high.

“We are getting a lot of anecdotal feedback from small businesses, even large businesses,” he told 2GB radio on Monday.

“Some of them are finding it hard to get people to come and take the shifts because they’re on these higher levels of payment.”

Data from the National Skills Commission released on Tuesday indicated that of the 2324 employers surveyed, only 22 per cent were recruiting.

And of those employers, only 72 were having trouble finding candidates. It did not specify why.

It is unknown where the Prime Minister got the anecdotal evidence.

Melbourne jobseeker Kate Katrina said she scoffed when she heard he had said it.

“Talking to a few businesses instead of the millions of people out of work is out of touch.

“Why is his only anecdotal feedback from businesses? Why hasn’t he talked to people who are unemployed about what is happening?”

Ms Katrina, 34, lost her events job in March after COVID restrictions shut down the entire industry.

“As someone who worked in public events, there was no way I would be able to get work easily. I’m looking, there’s not a lot there. It’s erased opportunities in my industry to get work.”

On Tuesday, the ABS payroll data suggested the labour market was beginning to mount a fragile recovery.

Although payrolls are still 6.4 per cent lower than where they were before the mid-March shutdown, there was a one per cent increase in the number of jobs over the month to June 13.

“There are two parts. These numbers capture both, but one has a longer-lasting impact,” she said.

“The first one is about us shutting parts of our economy down. We had people who went on to JobKeeper or went on to JobSeeker because they were part-time casuals or the business could not support them.

“As we start to ease restrictions, how many of those jobs come back into play?

“We have seen from the ABS payroll data, of the 18 industries that they measure, every sector expects two have added jobs back to the payroll. The two are construction and professional services.

“I’m not saying it’s strong, but as we ease restrictions and businesses open up the doors we are seeing people back to work.”

“The second part though will have longer-term issues.

“Places that never open up their doors again or people who can’t get a job in the industries they were working in before and don’t have the skills to move. It’s hard to get them back into jobs.”

It is just too early to tell if the Australian economy and job market ‘snap back’, she said.

“To be perfectly honest it’s too early to make a decent assessment. This recession is truly unlike any other.”

Poppy Lifton, 26, was working for a Melbourne university before COVID-19.

There are few jobs for what she is trained to do.

“As the weeks, months went on, jobs I am qualified for are few and far between,” she said.

“I have barely seen any in the higher education sector, which I have five years of experience in. I have been widening my search to more generalised administrative, customer service and call-centre work.

“With the skills I’ve learnt in higher education, I’m actually reskilling and looking at marketing as a new career choice.”

Many are worried about what will happen in September.

Jez Haywood, 44, is a graphic designer.

He was out of work before COVID-19 struck, but says the extra payments have been useful in helping him upskill.

“As a graphic designer I need to subscribe to Adobe, which I haven’t been able to afford for years because it’s $80 a month,” Mr Haywood said.

“My skills have been withering on the vine because I haven’t been able to keep up with the software.

“It’s making me more job ready. If that’s cut off in September, I’ll go back to stagnating.”

The number that proves PM Scott Morrison is wrong about JobSeeker