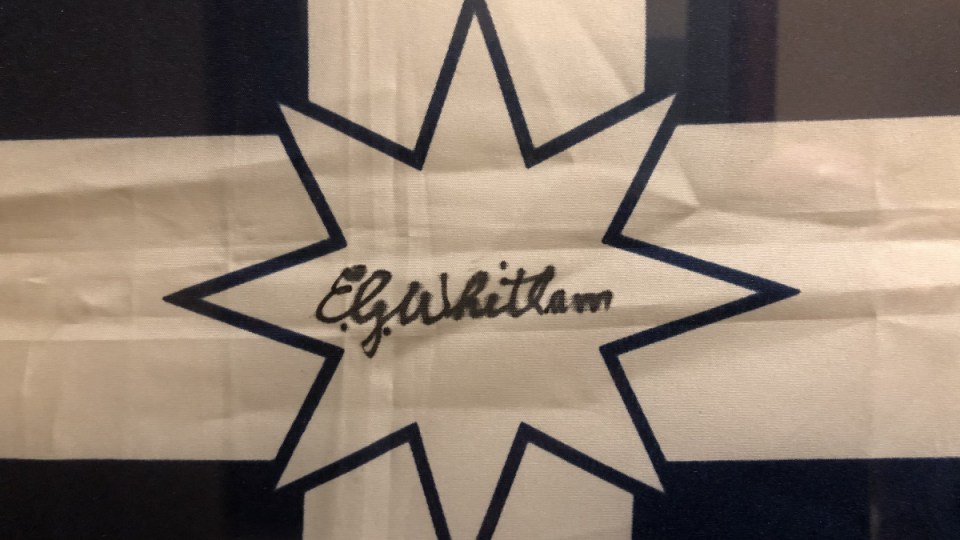 The Australian Republic Movement believes the release of the 1975 Palace Letters from the Governor-General to the Queen about Gough Whitlam’s dismissal could be a watershed moment in redefining our sense of self.

With the world plunged into chaos by the coronavirus and the Black Lives Matter movement, Australians have so far seemed content with their usual attitude to reform – which seems to be ‘maybe later’.

In the case of the Palace Letters, it took a decade-long legal battle by historian Jenny Hocking before the High Court ruled that the letters were the property of the commonwealth, not private correspondence between the monarch and Sir John Kerr.

The 211 letters will be released by the National Archives of Australia next month at a time when the ferment in the United States has prompted many nations to reassess the colonial injustices of the past.

Chair of the Australian Republic Movement Peter FitzSimons believes if historic reassessments are in order, planning a new way forward comes next.

“We don’t know what’s in those letters, but we do know this, it will generate focus on the sheer absurdity of an unelected person from an aristocratic family in England having anything at all to do with what should happen to our democratically elected leader,” Mr FitzSimons told The New Daily.

Any time there is any focus on the absurdity of that arrangement, it helps the [Republican] cause.’’

Australia had its first chance at voting for a republic in 1999, but the referendum question was put without the support of then-PM John Howard.

The government-convened constitutional convention in 1998 had highlighted a split within the republican movement, with some supporters ultimately opposing the minimalist model that proposed the head of state be elected by Parliament and not directly by the people.

The Yes vote garnered 45.13 per cent of the vote and the No vote 54.87 per cent, with only the ACT gaining a majority Yes vote and Victoria falling just short.

Led at the time by Malcolm Turnbull, the republic has since been relegated to fringe issue status.

However, the role of the Governor-General and Queen in the dismissal has long caused debate over whether the reserve powers should be codified and wielded by an Australian in the nation’s name only.

Former PM Gough Whitlam did not live to see the Palace Letters released, but maintained until his death in 2014 that he had been misled by Sir John Kerr.

Mr Whitlam wrote in The Truth of the Matter that when told by Sir John that he had been dismissed, he asked him: “Have you discussed this with the Palace?”

Ms Hocking, who fought to have the Palace Letters released, said Sir John’s unprecedented communications with the Queen while failing to discuss the possibility of dismissal with his Prime Minister required full scrutiny.

Before the High Court decisions, Professor Hocking told the John Menadue – Pearls and Irritations website: “We can now acknowledge the lingering colonial tensions at the heart of the dismissal and their impact on our history since … so that the full story of the dismissal of the Whitlam government can at last be told,”

Mr Whitlam, who campaigned for a Yes vote alongside his 1975 opponent Malcolm Fraser, ultimately conceded Australians would not support another referendum until the Queen died.

“There is a great deal of affection for the Queen in Australia because her relations with the commonwealth and the states have been impeccable,” Mr Whitlam told the ABC in 2008.

“I agree that there should be a referendum on the republic, but that it should be held after the demise of the Crown. It’s obvious that Prince Charles does not have the same respect and affection.”

While Prince Charles may have improved his image in recent years, the Royal family continues to offer lashings of drama with its much-vaunted constitutional stability – not the least the scandal involving Prince Andrew’s friendship with American sex offender Jeffrey Epstein and the decision of Prince Harry and his wife Meghan Markle to step away from what they considered a toxic life.

Mr FitzSimons says the world is “topsy-turvy” at the moment and Australia should use this time to redefine its institutions that ensure we are strong and independent.

“Britain is going through Brexit obviously. And there is a good chance Scotland will secede from the United Kingdom.

“Every year now we have Australia Day is a major controversy and I would suspect that in this coming January, given the black lives matter movement, it will be a greater controversy than ever.

“One of the possible solutions is let’s have our own dues … Independence day.

“If you look at when the Queen goes out on her balcony with all of her extended family … under our constitution, every single one of those 22 down to the youngest child in nappies is automatically more qualified to be an Australian head of state than anybody of the 25 million people in Australia.

How the Palace Letters could reignite interest in an Australian republic