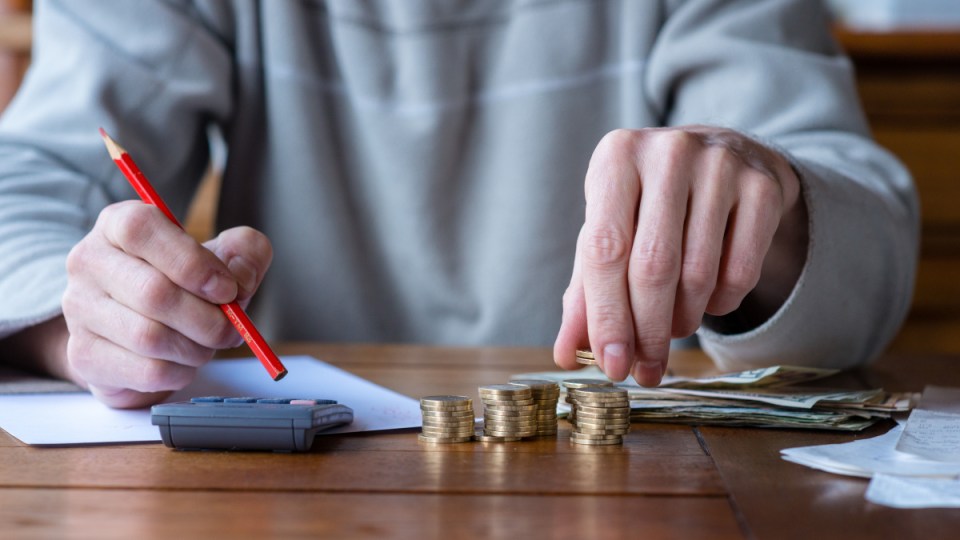 As the federal government sticks to its guns on unwinding coronavirus subsidies to reduce budget deficits, 4.6 million Australians are facing hits to their households as soon as September.

Having already pared back support for childcare workers, the government plans to end JobKeeper, while JobSeeker will ‘snap back’ to less-generous unemployment payments.

Australians can also expect the banks to return to form, with the loan payment ‘holidays’ that have helped borrowers though the lean period starting to dry up.

The Australian Banking Association says there have been almost 745,000 loan deferrals, worth $224 billion – money that will still need to be paid back now with extra interest.

It all adds up to an unsettling time for Australians in at-risk industries as the September cliff approaches and an anaemic economy fails to fire.

Economists believe the flow-on effects of a lack of cash in the economy will hit us all.

University of Melbourne Professor of Economics Jeff Borland believes that even under the best-case scenario the unemployment figures at the end of September look grim, with only a 3.5 per cent recovery from the height of the pandemic in March.

So, by the end of September we are likely to only have recovered to the worst points of the 1980s and 1990s recessions.’’

Hospitality and retail workers are expected to bear the brunt of the economic downturn, particularly if a cautious nation does not spend freely after lockdown ends.

One union official told The New Daily employees in some stressed industries were in such a vulnerable position they could not speak out about their fears beyond September because it could jeopardise their continuing employment.

Sole traders, the class of worker so favoured in the modern economy,  are also facing the likelihood of losing JobKeeper payments, with suggestions that work is slowing returning, but incomes are not recovering to pre-COVID-19 levels.

Economists seem to agree that while JobKeeper was not perfect, the scheme had protected some workers and companies from the short-term shock and prevented more permanent damage.

The Grattan Institute’s Budget Policy and Institutional Reform Program director Danielle Wood believes “there’s no magic to September” and believes staggered support should be offered to enterprises that will be viable in the long term.

“Some businesses will be well placed to return to ‘business as normal’ and operate without government support come September,” Ms Wood predicts.

“Others will take longer. Retesting eligibility and offer an extension for those that still need support is the best way to go.

“Extending for some businesses will also help dampen the ‘fiscal cliff’ that we otherwise face when all the major government supports come off at once.”

“Manufacturing never really shut down in the same way as retail and hospitality in Australia and looking at the experience in China … we would see any reduction in manufacturing activity bounce back quickly so long as there is no second wave.

“Hospitality, particularly bars and clubs, will take longer, partly because they are still impacted by social distancing restrictions in many states and partly because of behavioural change – people are less likely to want to go to crowded venues when the virus is still out there.”

Professor Borland agrees and argues it’s vital that the government retain JobKeeper in some form beyond September, with a final decision to be announced on July 23.

The question then should not be, ‘Is stimulus needed?’ The question should be: ‘What size and type of stimulus?’.’’

In question time on Tuesday Prime Minister Scott Morrison was keen to frame the debate as a choice between maintaining wage subsidies or cutting services, but Labor leader Anthony Albanese argued the government was “planning to sacrifice” jobs to snap back.

Despite the gloom the RBA said on Tuesday that recent credit card data has also shown a pick up in in-store spending in a sign of improving consumer sentiment.

Ms Wood hopes banks will be flexible with customers going forward, particularly if stimulus dries up.

“There is certainly an argument that banks should be flexible on winding up the mortgage and commercial lending freezes,” Ms Wood said.

“For businesses and households whose income has recovered, there is no issue with these temporary arrangements being wound back.

“I think if certain businesses and employees are still being impacted by social distancing, banks should give more leeway to help them navigate the difficult patch.”

Earlier this week the ABC reported data from Digital Finance Analytics revealing that to the end of May, the percentage of households in mortgage stress reached 37.5 per cent – or 1.42 million households.

Industrial Relations Minister Christian Porter said on Tuesday that it would be wrong to think everything could shift back to a pre-pandemic state at the end of September.

“Some of the jobs that are being supported through that wage subsidy are not going to be sustainable in the long run,” he told the Council for Economic Development of Australia’s online State of the Nation conference.

“There will be a shift between JobKeeper and JobSeeker at some point and to some degree.”