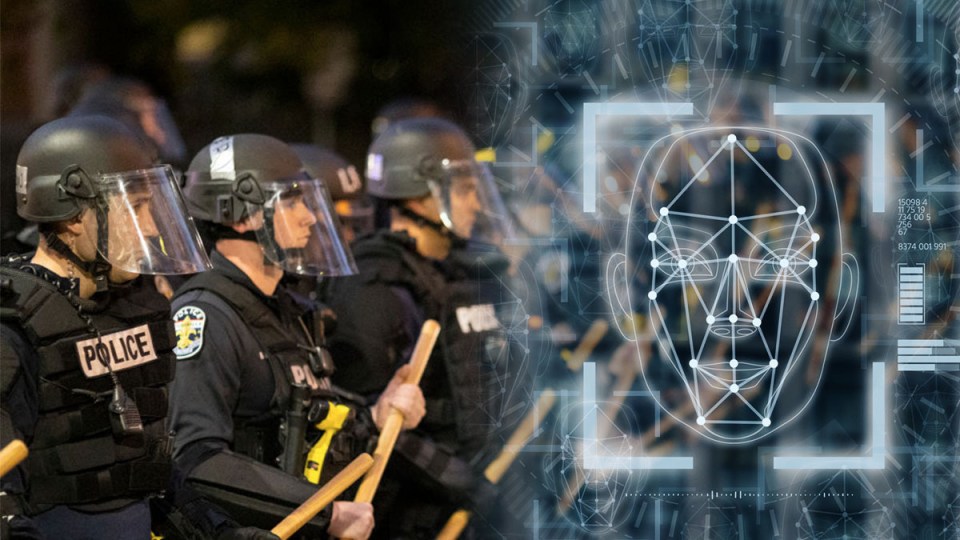 Australian police do have access to facial recognition software. Picture: The New Daily

Australians planning to join planned protests this weekend should expect to have their faces scanned thorough facial recognition programs by local police, despite software giants opting to stop US law enforcement doing the same thing.

The Refugee Action Coalition has said it will go head with protests in Brisbane, Sydney and Melbourne on Saturday despite health warnings and the Supreme Court of NSW ruling the local state rally illegal.

“Our multiple rallies will be no more than 20 people, socially distanced, with masks and hand sanitiser … safer than going to the shops,” RAC said on Twitter.

Amid widespread concerns over facial recognition being used by the police to target Black Lives Matter protesters, Amazon, IBM and Microsoft have said they will not sell the software to law enforcement.

But protesters in Australia should realise they have no protection, Deakin University cybersecurity expert Dr Monique Mann said.

“We’ve already seen the use of facial recognition technology to identify people here,” she said.

“In Queensland, there was a trial during the Commonwealth Games, of people who proposed a risk. It’s also been used at Lang Park, where they hold the State of Origin.

There is also historical precedent of police taking pictures of protestors and storing them, said Dr Mann.

“They protestors should expect it’s going to happen,” she said.

“We’ve seen this occur historically in relation to environmental protests. There was a significant case brought before VCAT in 2012 where police took images of a protester attending.

“The protester challenged it and it was ruled it was fine for police to collect that.

Police are able legally able to obtain images for future use. They have a whole range of information about people they’re able to collect and use.

“I think the real risk with facial recognition technology is it acts as this conjugate of information and the physical presence in space, so it enables the connection of that information as people attend peaceful political protests.”

Australia urgently needed strong privacy laws to protect citizens from having their data shared, she said.

“At the moment we have no information about this and no oversight.

“There are no protections on images or on how long they can retain it, or for what purposes it can be used in the future.”

The NSW, QLD and VIC police forces all provided The New Daily with statements on the use of facial recognition but ignored questions over whether the software is used as part of policing protests.

“Victoria Police has Evidence Gathering Teams who form part of the Public Order Response Team,” a spokesperson for Victoria said.

“Officers from these teams are always identifiable in uniform. They regularly attend public order events and incidents across Victoria to record evidence and gather intelligence.

“All filming conducted by officers is in accordance with Victorian legislation.”

A spokesperson for NSW Police said: “Traditional facial recognition technology has been used by the NSWPF since 2004 to establish and verify the identities of persons of interest for investigative purposes.

“While fingerprints and DNA remain the primary biometric source for identification, facial recognition can be used to corroborate other evidence, or as a lead generator.”

There are growing concerns in the US that police will use facial recognition technology to identify and arrest protesters.

“As demonstrators across the country exercise their First Amendment rights by protesting racial injustice, it is important that law enforcement does not use technological tools to stifle free speech or endanger the public,” Democratic Senator from Massachusetts Edward Markey wrote last week

The threat of surveillance could deter people from “speaking out against injustice for fear of being permanently included in law enforcement databases,” he wrote.

The issue is propelled by the fact that there is limited regulation around how law enforcement can use the technology.

“We do not sell our facial recognition technology to US police departments today, and until there is a strong national law grounded in human rights, we will not sell this technology to police,” Microsoft said in a statement.

Protesters ‘should expect’ Australian police to use facial recognition