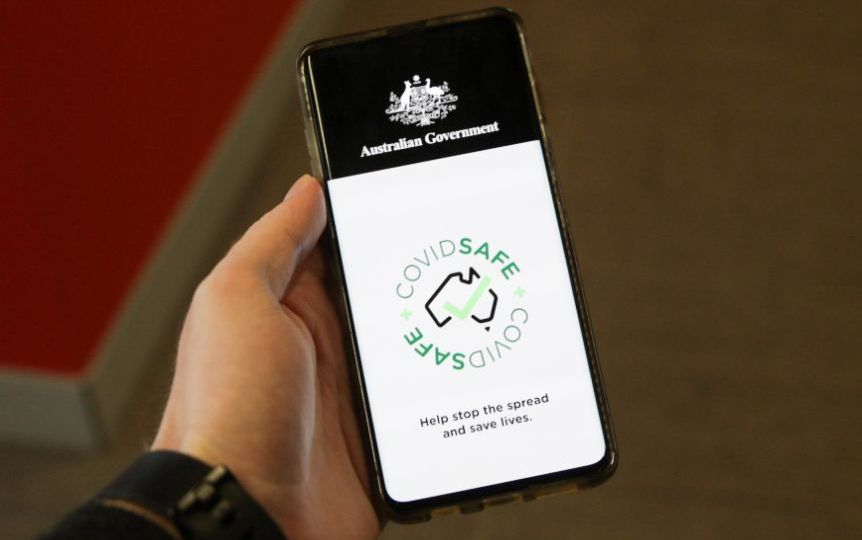 The COVIDSafe app has only identified 17 unique close contacts, a report has revealed. Photo: COVIDSafe

It has been just over a month since the government’s COVIDSafe app was launched.

Since then, it’s been downloaded over six million times and used in at least one successful contact tracing exercise.

Soon after COVIDSafe was made available, the Prime Minister said the app was central to the government’s strategy for reopening the economy.

As states and territories press ahead with their reopening plans, the number of new downloads of COVIDSafe has significantly slowed.

We asked the government, an IT expert and an epidemiologist how central the COVIDSafe app has been to Australia’s coronavirus strategy so far.

How many people have downloaded COVIDSafe?

As of Sunday afternoon – the latest day government figures were available – 6.13 million Australians have downloaded the COVIDSafe app.

Just over a month ago, on April 29 – when the app had been available for three days – we had already hit the three million mark.

That means it’s taken us a month to double the three million downloads the app received within three days of its launch.

Like Australia’s coronavirus infections, the app download curve has flattened – and it’s getting flatter by the day.

So, is that unusual? Not according to information systems expert Saeed Akhlaghpour.

The senior lecturer at the University of Queensland says many new or awaited technologies undergo what’s called the Gartner Hype Cycle – inflated expectations that generate a strong initial uptake, followed by a “trough of disillusionment” leading to a flattening of numbers.

“In the early stages of the hype cycle there is a tendency to see a technology as a panacea – a solution or remedy for all difficulties or diseases – but then disillusionment takes place and negative attitudes are formed towards that technology, [with people] seeing it just as a placebo,” Dr Akhlaghpour said.

“In reality, most technologies fit somewhere in between.

The COVIDSafe app is no silver bullet to defeat COVID-19, but can be an important component in a country’s public health response measures along with physical distancing and testing.’’

Wasn’t there a 40 per cent download target being thrown around?

At one point, yes.

Back when the app was launched, the government did briefly propose a target download goal of40 per cent.

But that figure hasn’t been mentioned for a long time.

Now, the government is saying their general target is every Australian with a smartphone, but there is “no magic number”.

“There are around 16.4 million adults with smartphones. They’re our target population,” a health department spokesperson said.

Health Minister Greg Hunt frames it by saying every download is a win.

“We are starting from a base of not having this system, so to have that many Australians now, is a huge step forward,” he said.

There is no magic number … any addition is over and above what we started from.’’

There’s nothing special about 40 per cent,’’ she said.

“I don’t think you have to reach a certain number for it to be of any value. I think the value is incremental.

“This app is doing what it can to track down infectious cases.

“It’s one piece in a huge jigsaw puzzle that might help, but it’s not guaranteed to keep everyone safe.”

States and territories are reopening. Has the app done enough?

Back at the start of last month, the COVIDSafe app was touted as a critical facet of the government’s reopening plan.

We need that tool so that we can open up the economy. And that’s why it’s so important,’’ the Prime Minister said on May 1.

“Because, if you’re doing that, then that is enabling the National Cabinet to be able to ease these restrictions.”

That same day, the Prime Minister was asked when we could go to the pub again.

“The first step to getting back to that is downloading COVIDSafe,” he said.

“Now, if that isn’t an incentive for Australians to download COVIDSafe on a Friday, I don’t know what is.

“[Downloading the app] is a prerequisite to even getting to that conversation.

“The degree, honestly, to which we can confidently ease restrictions that are in place now, it really does depend on how much of coverage we can get with the COVIDSafe app.”

A week later, on May 8, the government released a roadmap out of coronavirus restrictions, allowing 10 people in pubs and other seated dining venues.

States and territories have significantly widened these allowances now, with 20 patrons allowed in many venues.

Is there any point in downloading the app if our state or territory is opening up anyway?

Dr Akhlaghpour says it’s not so much about how the app’s working now, but how it might work in a worst-case scenario.

It can be seen as a sort of a proactive strategy to have this app, if [an outbreak] happens,’’ he said.

“If we see a second wave or we see that the numbers are rising, then we might see more and more and more the applications of this app.

“If [an outbreak] doesn’t happen, there isn’t much to lose. Basically, it’s running in the background.”

Deputy chief medical officer Paul Kelly says the app is an important tool as the country comes to life again.

“The app will really come into its own if, as we open up the economy and society over the coming weeks, we do start to see cases here and there or indeed clusters of cases,” he said.

OK, but is the app even working?

The app is designed for contact tracing – to work backwards once someone is diagnosed with COVID-19 and digitally trace people they came into contact with.

It’s an automated tool to complement what manual contact tracers – or “disease detectives”, as the government calls them – have been doing for a while.

The federal government says it doesn’t have access to data around how many times the app has been used to undertake contact tracing – that information is owned by the states and territories, a spokesperson says.

At this point, we only know of one time the app was successfully used for contact tracing – in Victoria, where a coronavirus-positive patient had downloaded the app and agreed authorities could use the data.

“We downloaded the data from the app and that revealed one close contact who hadn’t been identified in the initial interviewing process, so that’s good news, and that person has been contacted and placed into quarantine,” Victorian deputy chief health officer Annaliese van Diemen said.

NSW has also “sought data [from the app] where it has had cases”, Greg Hunt says, but NSW Health said its manual contact tracers had already discovered the information by the time the app yielded it.

Deputy CHO Nick Coatsworth said the fact the app had only been used successfully once was due to the low numbers of cases Australia is experiencing.

“That reflects how well Australia is doing,” he said.

“There are so few cases that it will naturally mean that the app will not be as well utilised by public health authorities simply because the cases are low.”

NSW Health also pointed out that many of its new cases had emerged from people quarantined in hotels — rendering the app redundant because those people would not have generated any community contacts.

Dr Akhlaghpour said the app was never intended to operate in isolation.

“Australia is talking about test, trace, isolate,” he said.

“Tracing is just one of the steps in the process, but [COVIDSafe] is useful and there isn’t much cost, especially since we have all this legislation [around privacy] and hopefully there aren’t many privacy concerns.

I think on the balance of things, [the app] has been a success within this strategy.’’

He said it would be virtually impossible for Australia to attempt to respond to coronavirus without using a technology component in its response.

“Essentially, it is part of an overall strategy and it seems to be necessary, because contact tracing in any pandemic, it is a very, very important aspect,” he said.

“And then, on a massive scale, it is very, very difficult without the technology.”

Have the issues with iPhones been fixed?

The software works best when the iPhone is unlocked and the app is open on the screen, according to the Digital Transformation Agency, which oversees the project.

A DTA spokesperson admitted there were limitations to Bluetooth functionality when an app was running in the background on an iPhone.

Apple and Google are building their own contact-tracing approach, and DTA said it would determine if that capability could “enhance the performance of COVIDSafe”.

But those issues haven’t been overcome yet.

How pivotal has the COVIDSafe app been to Australia’s coronavirus response?