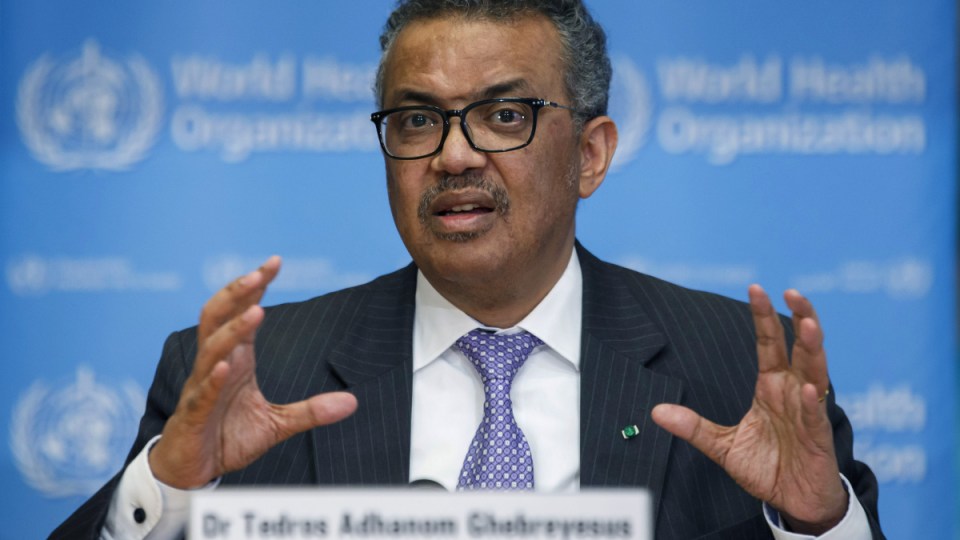 Wherever you are in Australia, for most of us there’s a hint of optimism in the air.

Your gym might be reopening. You can finally get your nails done. Your kids can see their friends at school again.

After more than two months of various levels of restrictions, states and territories are cautiously rolling back measures imposed to combat the coronavirus pandemic. Some states are even fast-tracking their reopening schedules.

On Tuesday, 1039 people died of COVID-19 in Brazil within 24 hours. In the United States, the world’s most infected country, with 1.6 million cases overall, 478 people died within that same period.

On the same day, the World Health Organisation’s (WHO) top health expert said the international threat of this pandemic had not ended.

In fact, on a global scale, we’re only in the middle of the beginning.

So where does Australia fit into this picture?

In a media briefing on Tuesday night, WHO executive director Mike Ryan said most of the world was still experiencing the first wave of infection — and a second wave could be yet to come.

For a second wave to occur, cases of coronavirus first have to decline across the world to a “very low level” and then pick back up again “a number of months later”, he said.

“If we look at the data from South America … for Africa, for South Asia, and for many other countries, we’re still very much in a phase where the disease is actually on the way up,” he said.

Right now, we’re not in the second wave. We’re right in the middle of the first wave globally.”

But countries could still find themselves experiencing a second peak during the overall first wave — if their cases drop and then rise again, while global cases are still on an upward trend.

“We may get a second peak in this wave,” Dr Ryan.

But Dr Ryan was careful to say some countries had successfully suppressed the virus, and may be nearing the end of their first peak.

I think it depends where you are in the world,” he said.

“We congratulate countries like Spain, who’ve managed to contain and suppress the disease transmission.

“Many other countries around the world … have continued to put in place the public health and social measures, the surveillance measures, the testing measures, and a comprehensive strategy to ensure that we continue on a downward trajectory and that we don’t have an immediate second peak.”

While Dr Ryan didn’t mention Australia by name, our successful virus elimination strategies likely place us in this group.

“Whilst Australia has made progress, the world is not out of the woods,” he said.

‘This virus, if it finds an opportunity, will start an outbreak’

So, does that mean we can relax, because we’re among the lucky ones?

Wishful thinking. The answer is a definitive no.

Let us be perfectly clear,” she said. “All countries need to remain on high alert here.

“All countries need to be ready to rapidly detect cases.

Dr Van Kerkhove referenced several published and pre-print studies into COVID-19, which have looked into the number of persons among particular population groups who have tested positive.

“[They] indicate that a large proportion of the population remained susceptible,” she said.

That means that this virus, if it finds an opportunity, will start an outbreak.

“And we need to be very clear on that, and need to remain strong, remain vigilant, have our systems in place to readily detect those cases, to care for those cases, to find and trace and quarantine contacts.”

How do we prevent a second peak or  wave?

So, what does the WHO’s advice mean for Australia?

It means — as Australian authorities have consistently maintained — that Australia can and will see new coronavirus outbreaks at any time, and must be prepared to handle them.

Even though new diagnoses of coronavirus have declined far below Australia’s March peak, that doesn’t mean the disease itself is going anywhere.

There is no vaccine for COVID-19, and treatment options are still being worked on, with differing levels of success.

Australia might have reasons to celebrate from a numbers perspective, but given global knowledge about this new coronavirus is still in the very early stages, we shouldn’t celebrate too hard.

“We cannot make assumptions that just because the disease is on the way down now [in certain countries], that it’s going to keep going down, and then we’re going to get a number of months to get ready for a second wave,” Dr Ryan said.

Are we ready if there’s a second peak or second wave?

Australian authorities and the WHO largely agree about what works to suppress the spread of COVID-19.

Dr Van Kerkhove called it a “comprehensive package of finding, isolating, testing, caring for cases, tracing contacts, quarantining those contacts … empowering the population, making sure that we have all of our public health infrastructure in place”.

Border protection and hotel quarantine is literally saving lives and protecting lives and will continue to be a fundamental part of our … defence,” he said.

“That’s linked to our ability to trace where there is a cluster, an outbreak. Chasing those cases down and finding them is immensely important.

“And then of course there are the isolation measures. The importance of distancing and hand hygiene and cough etiquette cannot be understated. They are fundamental.”

But despite this toolkit, authorities continue to warn against becoming too confident the risk is behind us.

Singapore, initially praised for its coronavirus response, found itself in the midst of a significant outbreak among its migrant worker population.

Australia’s coronavirus response may be working right now, but there are blind spots in every plan and vigilance is key, say authorities.

The pandemic is not over. The risk to vulnerable people remains significant in Australia.

“This is a very tricky virus. One person can have very mild symptoms. The person who you transmit the virus to, the results can be life-threatening.

“It’s essential that we all continue to do our part.”

Will Australia experience a second wave of coronavirus?