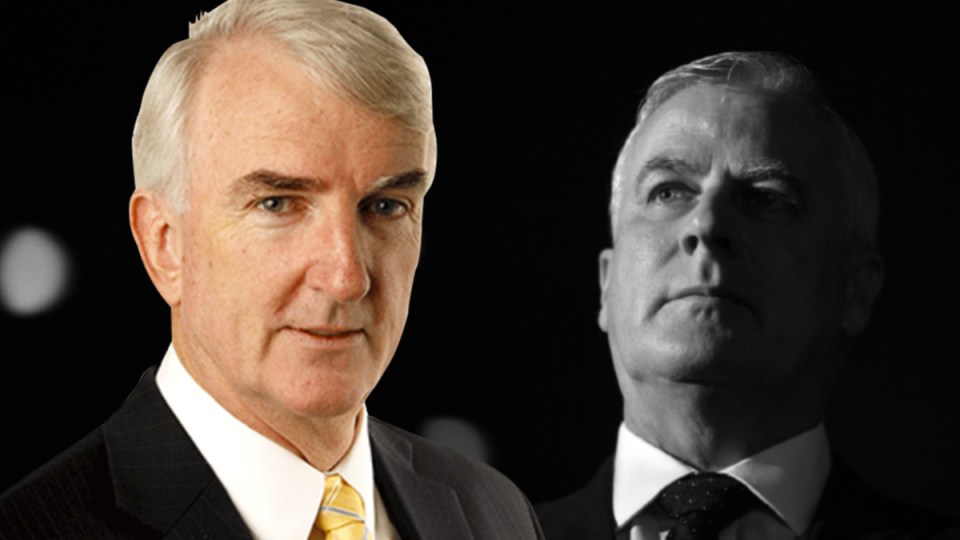 Nationals leader and Deputy PM Michael McCormack could be in strife. Photo: TND

Call #sportsrorts a pork-barrelling scandal? Nah, the Community Development Grants program, that’s a scandal – 11 times the size of #sportsrorts and a much more blatant bias towards Coalition seats.

Since it was launched in 2014, $1.126 billion have passed through the CDG scheme, nearly 70 per cent of it for Coalition seats, only 25 per cent for Labor seats.

And the dollars and bias have both grown over the past two years.

The CDG barrel blew out to $286 million in the 2019 election year with Scott Morrison and Josh Frydenberg in charge of the budget.

More than 75 per cent of the cash fell into Coalition seats, less than 20 per cent for Labor electorates.

Proportionate with the number of seats won, Labor electorates would have received more than twice as much – 44 per cent.

If a government is prepared to rip off taxpayers for something as obvious as the Morrison/McKenzie #sportsrorts fraud, it’s a fair guess it would find a way to twist other programs to its political ends.

With that likelihood in mind, Excel fiend Vince O’Grady took his spreadsheets to the CDG.

He found another whole level of pork being farmed by the Minister for Infrastructure, Transport and Regional Development – Deputy Prime Minister Michael McCormack.

“The program delivers the government’s election commitments and other identified projects for community or regional infrastructure.”

The trick here for rorting taxpayers’ money is in the word “identified” – it’s not possible to apply for a CDG unless the government has already “identified” it as suitable. Catch-22.

The CDG commitments are decisions of government, not bureaucrats – none of that pesky Sport-Australia-type project ranking that proved so embarrassing.

The result is not surprising – wholesale political rorting demonstrated by the numbers.

This is not a matter of a “rural and regional” program that inevitably skews National Party. It is supposed to be across all communities.

Indeed, the electorate that has done the very best out of CDGs is North Sydney – $45 million, most of it in 2018.

(No, the $45 million doesn’t include the pledged $10 million for the North Sydney pool upgrade – that’s coming out of a different barrel that actually is supposed to be for “regions”.

Even Australia’s richest electorate, Wentworth, the seat formerly known as Malcolm Turnbull’s, has picked up $14.8 million worth.

Meanwhile, there are 27 electorates that have never received a cent in CDGs. It’s quite a coincidence that 22 of them – 81 per cent – are held by Labor.

Ironically, one of the five non-Labor seats to miss out on CDGs was Warringah, despite Tony Abbott’s apparently belated interest in his electorate’s infrastructure.

(The other four unlucky Coalition seats were all very safe: Bradfield, the Liberals’ safest metropolitan seat which also received the least of any Coalition seat from #sportsrorts; McPherson on the Gold Coast; Moore in Western Australia; and Craig Kelly’s seat of Hughes. Who needs infrastructure and community development when your local member is a Sky News climate denier star, someone Malcolm Turnbull has called a political terrorist?)

When Labor seats did receive grants, they were often little when the community’s needs were among the greatest.

The nation’s three poorest electorates are held by Labor – Spence in northern Adelaide and Fowler and Blaxland in Sydney’s western suburbs.

Spence did relatively well for a very poor Labor seat. It received no CDGs in the past two years, but it scored $200,000 prior to 2018.

By comparison, over the six years, seats now held by the Coalition  averaged $10.12 million and ALP seats $4.06 million.

But the distribution of money for what is supposed to be community development became much more loaded for the Coalition in general and the National Party in particular last year.

But the true indication of where the pork was farmed most blatantly comes from looking into the makeup of the Coalition seats.

In the election year, the 44 Liberal seats averaged $2.086 million.

And the 10 National Party seats scored an average of $6.712 million.

Well, it was the National Party leader’s ministry writing the cheques.

There was one National peculiarity though.

The Victorian seat of Mallee, the Coalition’s poorest seat, the fifth poorest in the nation, received nothing in the past two years and only $874,000 before that.

Good heavens – that’s only a little more than the average Labor seat in 2019.

I can’t imagine what went wrong, but the seat was held by Andrew Broad, of “Sugar Daddy” infamy, who announced in December 2018 that he would not contest the election, not wanting to become a “half laughing-stock” figure like Barnaby Joyce.

Another oddity, though only on the surface, is Labor’s Northern Territory seat of Solomon. It received no CDG money over the past two years but reaped $32.6 million before that – the most for a Labor seat.

Solomon had been a Country Liberal seat until the 2016 election, during which the Liberal Party promised: “A re-elected Turnbull government will fully fund a PET scanner for the people of the Northern Territory, increasing cancer treatments and keeping patients close to their families and support.

“This $15 million commitment includes both a scanner and cyclonic machine, making an enormous difference to the lives of many people across the NT.”

The Coalition lost the seat but won the election.

The $15 million for the Royal Darwin Hospital scanner turned up in 2017 – crucial medical equipment for the NT was accounted for as a Community Development Grant.

Another Labor seat to do uncharacteristically well from the pork barrel was Griffith, Kevin Rudd’s former seat, which picked up $17 million last year.

There had been a 7.2 per cent swing against Terri Butler at the 2016 election, her two-party preferred margin down to 1.5 per cent.

Despite the spend, she increased her margin by 1.4 per cent last year.

Oh well, Queensland was certainly worth money for the Coalition.

The Sunshine State’s LNP with 23 seats last year received slightly more in CDGs than the Labor Party did nationally with 68 seats.

And then there’s Bob Katter’s Kennedy, with $40 million over the six years, second only to North Sydney.

As previously reported, when Scott Morrison’s office urgently wanted to toss Josh Frydenberg’s electorate an extra half-million dollars on the eve of calling the election, it told Bridget McKenzie’s political hacks to pull it out of a Kennedy project – Mr Katter was being looked after well enough through other grants.

But when it comes to politically pointing CDGs at the electorate, the Coalition staffers focused on the Tasmanian campaign win.

The Liberal Party won the seats of Bass and Braddon from Labor last year. Together, those seats received $31 million in CDGs in 2019 – 11 per cent of the national CDG budget.

And perhaps the Coalition thought it had a chance in the Tasmanian seat of Lyons as well – it scored $9.3 million.

By comparison, independent Andrew Wilkie’s seat of Clark received $3.9 million and the safe Labor seat of Franklin, zero – which exactly matched what it had scored every other year.

We’re left to wonder if a Braddon club failing to receive a sports grant despite scoring an extremely high 93 points from Sport Australia was, like the Kennedy case, a matter of the Prime Minister’s office and Coalition campaign headquarters juggling the lolly for its own ends.

Under another government grants scheme, a Braddon council reportedly received a lighting grant it had not applied for.

The CDG numbers all add up to corruption on a much bigger scale than the Morrison/McKenzie sports slush fund.

The grants are political parties using taxpayers’ funds to retain their jobs, exerting their power to use your money to continue to exert their power – and their ability to reward their sponsors.

Only a small majority of Australians voted for the Coalition on a two-party-preferred basis, 51.5 per cent to 48.5.

Yet all Australian taxpayers were forced to contribute heavily to the Coalition’s election campaign.

It is wrong. The Morrison government has taken the rorting, the theft, to unprecedented levels.

The CDG racket is legislated to run until 2026 – the Morrison team is planning two more federal elections with it.

And there’s more money involved in other grants.

But that, too, is another story.

Disclosure: The spreadsheets this article relies on were prepared by Vince O’Grady, a former telecommunications industry executive and an active ALP member, with technical assistance by Steve Jenkin