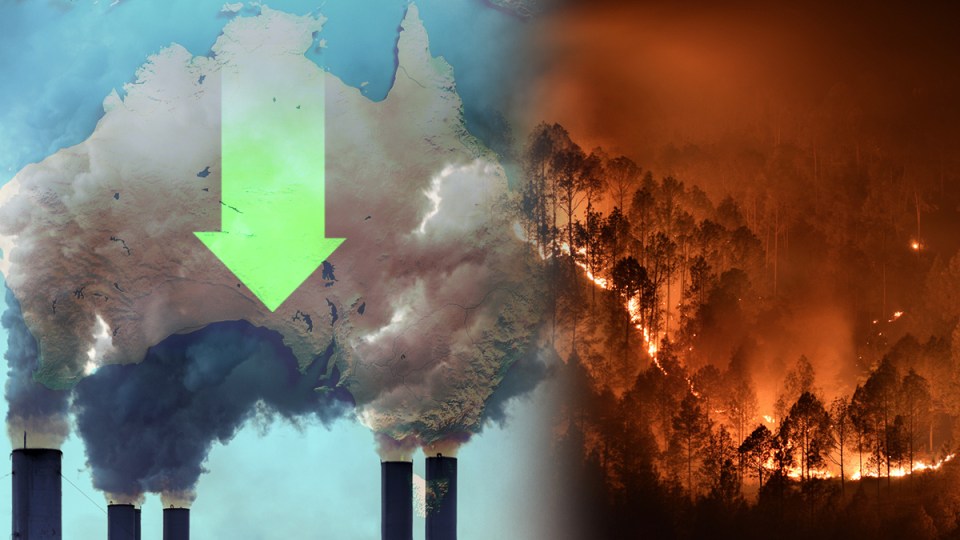 COVID-19 has sent Australia's emissions plummeting, but it will have no impact.

Global emissions have fallen by almost 10 per cent a day due to the coronavirus lockdown, a groundbreaking new report has revealed.

But while it’s good news for the world’s climate, local experts warn the severity of Australia’s bushfires is unlikely to have been lessened.

The level of carbon dioxide emitted into the atmosphere from fossil fuel sources had its largest daily decline of 17 per cent on April 17.

“To put that figure in context, daily emissions declined on average between January to April by 8.6 per cent again compared to the same period last year,” states the report, partly written by the CSIRO.

The impact of COVID-19 on global emissions has been estimated on a combination of energy, activity and policy data up until the end of April.

The data was drawn from 69 countries, including Australia, that represented 97 per cent of global emissions and 85 per cent of the world’s population.

Estimates were then compared against daily emissions data from the same period in 2019.

Then, researchers estimated country-level emissions by looking at the effect of different national policies.

“Decreases in emissions in 2020 were largest in China where industry and communities first locked down, followed by the US, Europe, and then India,” said Dr Pep Canadell, who is also a co-author of the paper.

“The peak 17 per cent daily decline on April 7 was because China, the US, India, and all other major carbon-emitting countries were all in a high level of lockdown at the same time.”

Lockdowns of varying levels have restricted the ability of people to travel in cars or commute to work.

“Across other sectors, the power sector ranked second and the industry sector (encompassing manufacturing and material productions) third in terms of their contributions to the global decrease in emissions in early April,” Dr Canadell said.

“With people being urged to stay home and isolate there was a corresponding increase in global residential emissions (2.8 per cent) which saw a 0.2 megatonne (0.1 to 0.4) increase in CO2 at its peak decline.”

Australian National University professor and climate councillor Will Steffen said the dip in emissions would not generate substantial change.

“You’re really not going to see it in the atmosphere in the CO2 trend,” he said.

“There are dips in the long-term trend upwards. The most prominent one, of course, was the global financial crisis.

“COVID-19 will cause a larger dip than that did.”

“But when you look at the trend you don’t see many records of that.

“This will not have a big impact on the climate system and no measurable impact on change.”

The report follows urgent calls from bushfire experts to overhaul the nations bushfire policies before the season starts.

New research from the Australian National University reveals Victoria alone is experiencing more mega-fires than ever before.

“This is the first time we’ve seen the full spatial extent of bushfires dating back 25 years,” co-author or the report, Professor David Lindenmayer said.

“What we found is the state is burning more and more. Prior to 2000 we had one mega-fire in Victoria in 150 years of records. Since 2000 we’ve already had three.

“These results make a compelling case for a major policy shake-up, with the aim of reducing mega-fires, protecting unburnt areas and managing repeatedly damaged ecosystems.”

COVID-19 gives us an opportunity to act on climate change and reduce the severity of Australia’s bushfire season, he said.

“I think there’s a way out of this and we can build on the gains we’ve had a re-think our economy in a way that is better for jobs and better for the planet,” Professor Lindenmayer said.

“You don’t see these opportunities like this normally, but I think this is starring us in the face.”