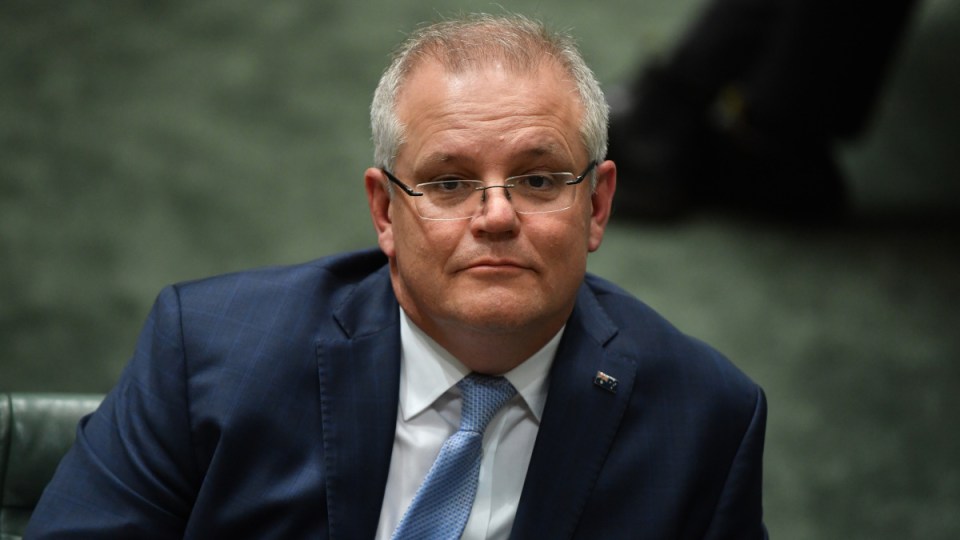 Prime Minister Scott Morrison has got a big speech ahead at the National Press Club. Photo: AAP

The white-knuckle ride the coronavirus is giving millions of Australians appears to have also won for Scott Morrison a place in the pantheon of our highly admired prime ministers.

His performance in the early stages of the crisis, which has laid waste to the economy and destroyed the incomes of six million and the jobs of 600,000 Australians in just four weeks, has won him recognition for leadership.

It is for him the silver lining on the dark cloud that hangs over the nation and the world.

Mr Morrison has well and truly turned around the very negative view of him tracked by Newspoll in the first four months of the year in the wake of his tin-eared approach to the bushfire catastrophe.

Already the Prime Minister has turned his mind to what comes next while at almost every opportunity, reminding us that “we can’t get ahead of ourselves” because the virus is “still with us” and “we are no more immune to it than we were three months ago”.

We came into this crisis from a position of economic strength & our Government will continue to do whatever it takes to keep Australians in jobs & businesses in business. pic.twitter.com/r2LU5wrqJr

The first is his National Cabinet putting aside state and party differences when closing down the country to contain the spread of the virus.

But the second part is surely the more than $200 billion to cushion the blow for his fellow citizens.

The massive $130 billion JobKeeper program is welfare not seen on this scale ever.

It would make the most rabid socialist proud and, along with more millions for free childcare, has kept the headline unemployment rate from already hitting 10 per cent.

In fact if you take underemployment into account with changes to awards and agreements for work hours and the fact half a million simply gave up looking for work, the headline rate for unemployment would be closer to 20 per cent – Great Depression territory.

The other message the government has been giving strongly in recent days, though, is that this out-of-character generosity cannot last.

The mega-welfare state will be replaced by reforms “unleashing the power of dynamic, innovative and open markets”.

The problem is those mooted reforms have a familiar ring: Lower wages and unrestricted conditions giving employers a “competitive edge”.

And we are being primed to expect a return to punitive unemployment benefits to weed out the dole bludgers.

It smells like WorkChoices under the cover of COVID darkness.

It may explain why Mr Morrison’s approval slipped two points to 66 per cent.

“He’s peaked” is the perhaps optimistic view of one Labor strategist.

We now await a “headland speech” next week where the Prime Minister will have his go at the post-virus ”vision thing”.

Despite platitudes about a “united approach” to reshape the economy where he includes business, the unions and the states, he excludes the Opposition.

Mr Morrison told The Australian he had low expectations of the Labor Party being “a willing partner in economic reform”, accusing Anthony Albanese of reverting to “fighting Tories” mode.

He characterised Labor’s attempts in Parliament to extend JobKeeper to Australian airport workers employed by a foreign-owned company as a reversion to combative politics and “undermining” the scheme.

There was something Trump-like in this redefining of reality to suit his own purposes.

But if indeed the pragmatic, big-spending, consultative Scott Morrison gives way to the pre-coronavirus version, it will take a miracle for his stellar approval ratings to survive.

Any economic reset will take bold and persuasive leadership.

The fact that the Newspoll also found that the Coalition’s lead over Labor was only 51 to 49 per cent – while up from line ball last time – suggests voters are not completely persuaded yet.

Scott Morrison, beware the siren polls before an economic reset