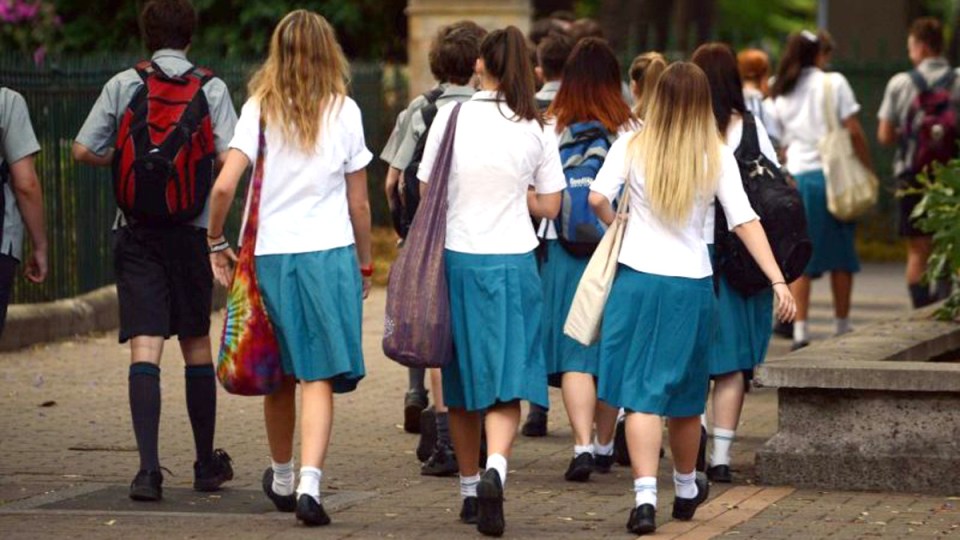 Households return to normal as all students back in classrooms as of Tuesday morning. Photo: ABC

NSW public schools will return to the classroom full-time next week, two months after COVID-19 restrictions forced around 800,000 children to study remotely.

Parents who don’t send their children to school without a valid reason risk being marked absent.

The announcement came as a surprise to the NSW teachers federation, who said they found out about the return to schools on May 25 via the media on Monday afternoon.

President of the New South Wales teachers federation Angelo Gavrielatos said it caused “a lot of concern, frustration and anger, among teachers and principals across the state”.

“It would’ve been appropriate and certainly more respectful to learn about this directly from the government and the department rather than through the media.

“Schools are complex places. Complex places and the organisation and timetabling arrangements are difficult to navigate. It’s not like turning a tap on and off.”

NSW Education Minister Sarah Mitchell warned parents to send their children back to school from next week.

“The message is schools return next week and students need to be back in the classroom,” Ms Mitchell said.

“Rolls will be marked as per normal and unexplained absences will be followed up.

“You should be at school as long as you are well.”

Face-to-face learning resumed across NSW last week for year 12 students at state and independent schools, but only for an average of three to four days a week. Other student year groups were allowed to return at least once per week.

The NSW teachers federation says teachers are bracing themselves for the return, and were seeking an urgent meeting with the Department of Education to finalise matters of social distancing, the role of parents, and how public transport is going to work for students.

Assemblies or excursions are likely to remain banned.

“We want to make sure that face-to-face time in the classroom is what maintains and sustains learning through the pandemic,” Ms Berejiklian told reporters.

“But I do say it will be common for schools to be shut down temporarily, for a specific area to be on high alert, for a particular school to take extra measures if there’s a community breakout in that community with cases, and we just have to accept that.”

NSW recorded two new cases of COVID-19 in the 24 hours to 8pm on Monday from 5300 tests, with five people currently in intensive care.

Around Australia, there are 7060 confirmed cases of the coronavirus, 99 people have died and 6389 people have recovered.

Ms Berejiklian said peak-hour bus and train services were already at capacity – with just 12 passengers per bus and 32 per train carriage permitted.

Ms Berejiklian and Mr Constance on Monday said workers would for the foreseeable future need to shift their schedules to off-peak bus and train transport, take alternative ferry and light rail routes or drive, drop off, cycle or walk.

Mr Constance said some 87 million vehicle movements were recorded around the state on Friday as people continued to work from home – down from an average 105 million.

The maximum number of daily public transport trips permitted amid social distancing guidelines, meanwhile, would be 600,000 per day – down from 2.2 million.

Ms Berejiklian said public transport commuters should try to travel between 10am and 2pm in order to save peak-hour space for essential workers and construction workers.

Socially-distanced seating on public transport would be marked out in “green dots” in what Mr Constance characterised as a “nudge” to keep people 1.5 metres apart.

Domestic borders should be open

WA and SA are also signalling borders will remain shut in coming months with tourists unlikely to be allowed in until the end of winter.

Senator Birmingham said states and territories should continue on the road map to reopening.

“Those states who’ve got border controls in place, assuming we’ve continued to see very low rates of transmission of COVID-19, ought to be looking at opening up their borders,” he told Nine on Tuesday.

Tourism has been one of the hardest-hit sectors as governments acted to contain the spread of the deadly coronavirus.

The industry employs one in 13 Australians, with most forced on to wage subsidies or the temporarily boosted dole.

Senator Birmingham said while health was the priority, it was important to get the economy moving again.

“We need people moving across this country again when it’s safe to do so,” he said.

“We shouldn’t put ourselves in cotton wool for too long because it’s only going to destroy much of the tourism sector,” he told Sky News.

The Queensland MP said Premier Annastacia Palaszczuk should not turn the borders into a parochial issue in the lead up to October’s state election.