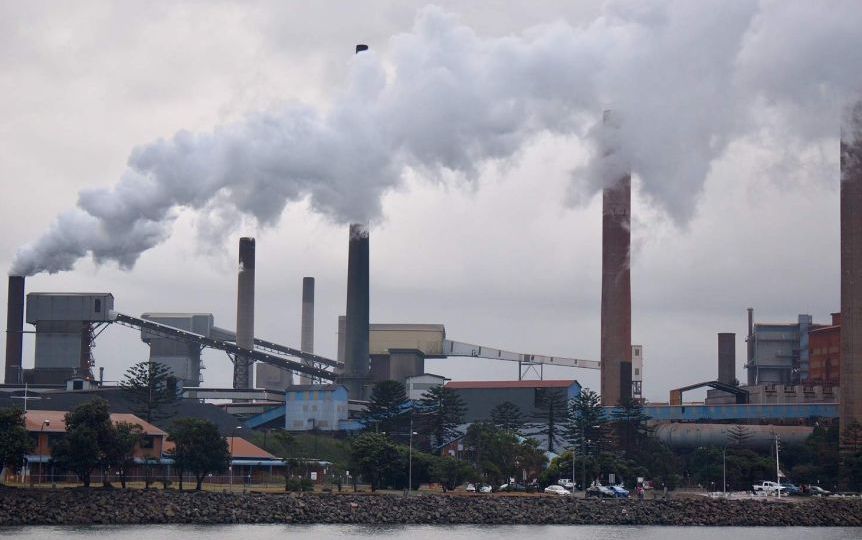 Scott Morrison says factories such as this one at Port Kembla will lead the way on emissions reduction. Photo: ABC Illawarra

A man has been killed in a workplace accident at Port Kembla steelworks, south of Sydney.

NSW police said the 59-year-old became trapped between a car and a crane on Wednesday afternoon.

Paramedics rushed to the scene, but he could not be saved.

He has not yet been formally identified.

A statement from steelworks operator BlueScope confirmed the man was an employee of Southern Commercial Divers, and that wharf operations had been halted while his death was investigated.

It is understood he had been involved in maintenance work for several days at one of the berths.

“The man, an employee of Southern Commercial Divers, was working at the wharf known as Berth 112,” the statement said.

“Emergency services were called to site, but the man could not be revived.

“BlueScope has shut wharf operations until such time as the police advise operations may resume.

“This is an unexpected and tragic event that has shocked the whole site.

“We are thinking especially of this man’s family, friends and work colleagues at this time.”