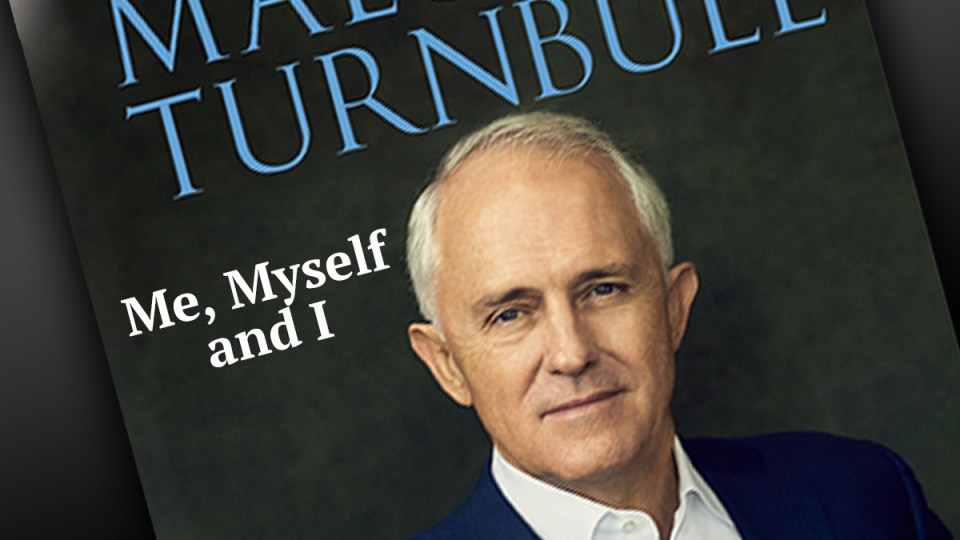 Former prime minister Malcolm Turnbull has detailed private conversations with a Catholic Church leader to substantiate claims that the church has been duplicitous and unaccountable in distributing taxpayer money within its school system.

The vivid revelations in a chapter in Mr Turnbull’s memoir A Bigger Picture have reopened the debate about needs-based funding of Australia’s schools, in particular, disadvantaged Catholic schools.

Government money is received by the Catholic system in one big cheque but, according to Mr Turnbull, is distributed, not on the basis of educational need, but to keep school fees lower in middle-class schools to enhance enrolments and maintain ‘market share’ against public and independent schools.

Former NSW Education Minister, Adrian Piccoli (Nationals) now director of the Gonski Institute for Education, told The New Daily Mr Turnbull’s account of 2017 conversations with the Archbishop of Sydney, Anthony Fisher, vindicated his own public complaints about the use of taxpayer funds within the Catholic schools system.

“Malcolm is right, they had us all fooled. It’s certainly immoral and unethical,” Professor Piccoli said.

When The New Daily emailed Archbishop Fisher to check the accuracy of the Turnbull version, a spokeswoman responded: “The Archbishop doesn’t comment on private conversations”.

In his memoir, Mr Turnbull describes in detail his clever strategy to politically neutralise the Labor Party and the teachers’ unions and their “Give A Gonski” campaign on needs-based schools funding.

Mr Turnbull persuaded David Gonski, an old school friend and fellow merchant banker, to appear at his press conference with his then education minister Simon Birmingham to announce his government would follow Mr Gonski’s formula for schools funding to be allocated on the basis of need.

Mr Gonski chaired a groundbreaking inquiry into the issue for the Gillard Labor government and had been anointed a “secular saint” by Labor and the education unions to the political disadvantage of his LNP Coalition government, Mr Turnbull wrote.

While not going as far in funding as the Bill Shorten-led Labor Party, the Turnbull government’s formula hit a snag with the Catholic Church, which had enjoyed what was called a ‘system weighted average’ that reflected the average socio-economic circumstances across the whole school system, as opposed to assessing each school and funding it accordingly.

“Over the years Catholic bishops, like George Pell, had always insisted the virtue of funding the Catholic schools in one lump sum, as a system, was that they could cross-subsidise the poorer schools at the expense of those in the wealthier suburbs,” Mr Turnbull wrote.

“And this claim seemed so plausible, given the church’s mission, that none of us gullible politicians questioned it.”

Mr Turnbull said he discerned from conversations and correspondence with Archbishop Fisher the “reverse was the case.”

“He (Fisher) explained that ‘the problem’ with our needs-based model was that more funding would go to schools in ‘the poorer outer suburbs of Sydney and country New South Wales’.

“I was astonished. ‘But don’t you do that now?’ There was a long pause. ‘Malcolm if your reforms go through, it would mean the fees of St Francis’s school in Paddington, would have to go up’.

Mr Turnbull writes that parents of St Francis, with excellent education results in his Wentworth electorate, would be horrified to learn the church was doing that.

“The archbishop sighed. ‘I am afraid to say, on this occasion, the politician has a more idealised view of human nature than the archbishop’.”

Mr Turnbull wrote that he explained that government funding would still come to the church in one cheque but transparency was required.

“If they wanted to subsidise fees in posh areas at the expense of schools in poor areas, they were free to do that. ‘Oh, come on, Malcolm,’ said Fisher. ‘You know, once you tell people how the government has assessed need and shown how much each school would get, we could never get away with it.

“People would say we were short-changing poor schools to benefit the rich ones’.” 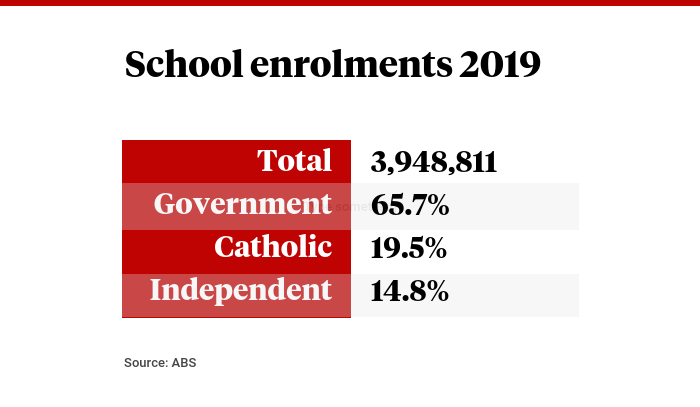 Mr Turnbull wrote that at one point Archbishop Fisher argued schools in his Wentworth electorate were needier “because the parents had bigger mortgages.”

The exchanges with Archbishop Fisher were some of the most “unedifying and disappointing” Mr Turnbull had undertaken with a church leader.

“This was the fundamental issue: he was objecting to transparency and accountability and wasn’t prepared publicly to defend how they moved government money around their school system”.

Mr Turnbull concluded he could only assume that the objective of the Catholic system was to maintain enrolments in middle-class areas by keeping fees lower. 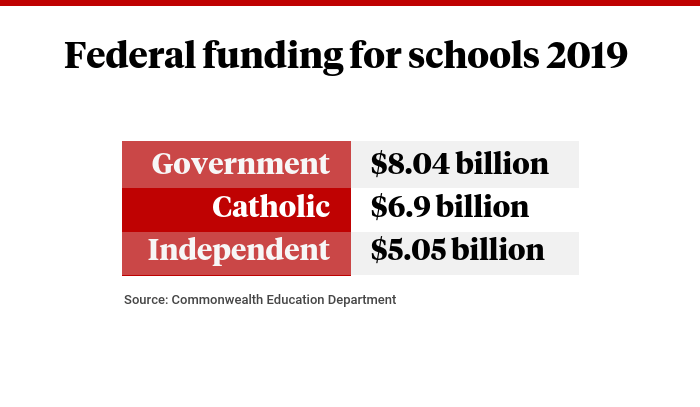 While not denying Mr Turnbull’s version of the conversations, a spokeswoman for Archbishop Fisher said: “The abiding principle for the mission of Catholic education is that it should be accessible and affordable to all parents, who want their children to receive a Catholic education.

“We recognise the financial burden many families face and, as such, offer the lowest fees possible.

“Our schools are currently assisting many families with either a reduction in their fees or cancellation due to the current coronavirus- induced economic downturn as we have with those affected by the bushfires and drought in regional areas”.

“So the reason the Catholics were giving high SES (socio-economic status) schools more money than they were entitled to under needs based funding had nothing to do with need.

“It had everything to do with keeping market share in wealthy suburbs. I thought that was pretty disgusting.”