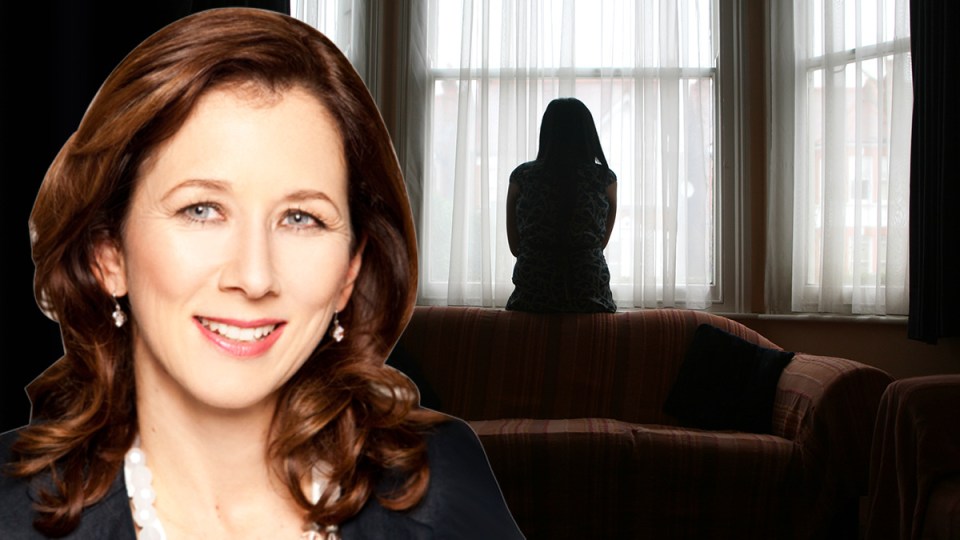 Three weeks of torture and repeated sexual assaults, a victim on the brink of death, a sadistic banker lurking in a swanky suburb, and a desperate police manhunt culminating in a dramatic car chase.

The evidence tendered at the sentencing hearing of Nicholas Crilley, in Brisbane this week, reads like the screenplay of a hit American crime show.

Maybe that’s the problem. Perhaps we prefer to pretend this isn’t real.

Because right now, it almost beggars belief that Australian women are dying regularly in such horrific circumstances and we are not marching on the streets, demanding change.

When Crilley appeared via video link from prison this week, it was almost two months to the day since Rowan Baxter murdered his estranged wife Hannah and their three children by dousing them with petrol and setting their car on fire.

It was an act of brutal and intimate terrorism, played out in front of shocked residents on a quiet suburban street in Brisbane’s inner east.

Coincidentally, the scene of Baxter’s crime was just a few minutes’ drive away from the swank riverside suburb of Bulimba, where Crilley, now 34, had held his former girlfriend against her will in a townhouse in 2017.

“I’ve pummelled her so hard … she can’t talk any more,” he boasted to a friend during his rampage.

Crilley had told the then 21-year-old victim he intended to “disfigure her face” and break her jaw, but he went much further than that.

When police eventually located the young woman, they thought at first that she was dead, the likely victim of an explosion.

But the life-threatening burns covering almost half her body had been caused by Crilley, who had poured boiling water on her, and then acetone, before setting her on fire.

The former Commonwealth Bank staffer had also broken her nose, sternum, ribs, cheekbone and one eye socket, and gouged a hole in the side of her head “most likely caused by a screwdriver or similar”, the court was told.

Crilley would often pause during the assaults to photograph or film the injuries he had caused.

Ultimately, he would be charged with more than 50 separate offences.

His housemate was also charged. He had not caused injuries, but nor had he intervened to protect the seriously injured woman, or to alert authorities.

He had, however, complained to a friend: “My house smells like a morgue. I can’t live here.”

Somehow, this small fact is one of the most unbearable.

That this young woman suffered in plain sight, with comfort and rescue so close, and another man turned his back on her, his greatest concern the smell of her blood – not her fear and her imminent death.

Desperately, many of us want to believe that grim scenarios like this play out only on television.

Or perhaps some of us seek solace by telling ourselves that these crimes only happen to ‘other’ people in ‘other’ places.

The ‘other’ in such sentiments is code, of course, for racism or even classism; for some, it’s a licence to turn a blind eye if the suffering is happening to people of a different skin colour, or in a different community, far away from your own.

If you passed Nicholas Crilley or Rowan Baxter strutting between the cafes and restaurants of Bulimba, it’s possible you may have noticed their nice shirts or confident smiles.

Would you have paused to think twice if they offered to shout you a drink at the bustling wine bar with the live music on a Sunday afternoon?

Would your daughter? Or your sister?

Would you have spoken up if you’d overheard men at work, talking about “sluts” and what they’d like to do to them?

Or if someone like them pushed or grabbed his girlfriend just a bit too hard during an argument?

And what about the casualties?

If domestic abuse happens everywhere, it’s quite possible that you know someone who is trapped in that situation right now.

As COVID-19 lockdowns put pressure on families, and job losses cause economic carnage around the country, domestic violence services have warned of a surge in domestic abuse.

Police and government agencies are also on alert.

But for Crilley’s victim (whose identity is protected to afford her the dignity he tried so hard to strip away), the damage is already done.

On Tuesday, she read a heart-rending but courageous victim impact statement in court, detailing how she was kept for 10 days in a coma, to allow her poor body some chance of survival, and how it took seven more weeks before she could look in the mirror.

“When I finally did, I was so distraught. I didn’t look like myself at all. I was unrecognisable,” she said.

“My whole body, throughout, hasn’t felt like my own. My own being doesn’t feel like it belongs to me.”

This is what abusers do.

Their damage is not just physical; through dominance and sustained humiliation (during the three weeks he held her hostage, Crilley forced his victim to eat her own vomit and faeces), their intent is to break down their victim’s sense of self completely.

“Nobody will ever want to be my friend, my lover or employ me again,” the court heard.

That brave young lady said she was shattered every time a stranger looked at her like a “monster”.

That is the first thing we must change – by looking hard at the problem of domestic abuse.

And we must refuse to look away.

A monster? This woman is a survivor. A hero.

The monsters are those on charges and, hopefully, in jail.

As for the rest of us, we get to choose every day, to speak up against abuse, or to pretend it’s not our problem.

Hero or monster? What will it be for you today?

‘We prefer to pretend this isn’t real’: The horrific domestic violence threats women face every day