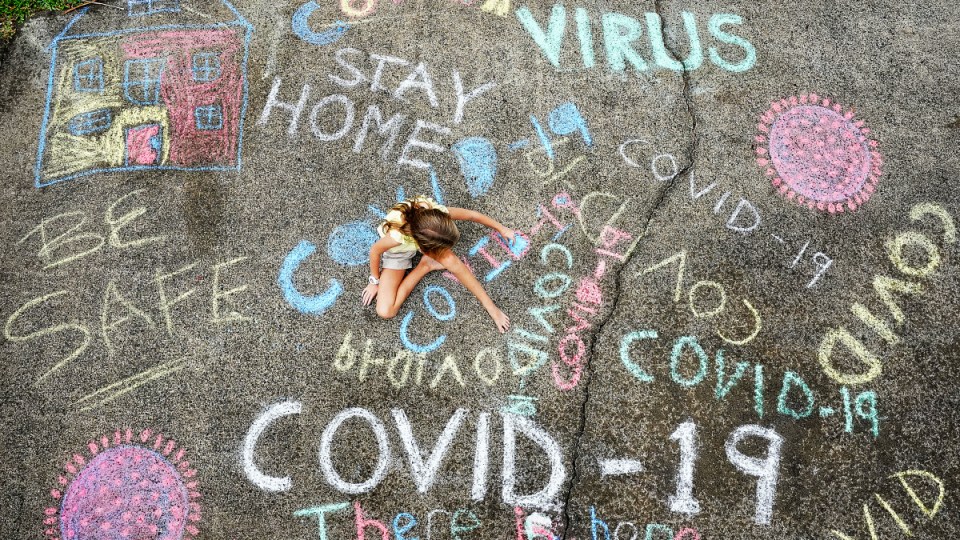 A Gold Coast girl writes in her driveway as students around Australia are let back to school at different times. Photo: AAP

Schools could return to normal within the next few months if the federal government gets its way.

With the coronavirus shutting down swathes of the economy, the states and territories have adopted a mixed approach to schooling for term two.

Some are doing all distance education, others have partially reopened or are looking to in May, while South Australia and the Northern Territory continue mostly classroom teaching.

The vexed issue is expected to be back on the agenda when leaders meet again on Friday.

“From a commonwealth government’s perspective, what we’re hoping to see is a transition back to full classroom teaching during term two,” federal Education Minister Dan Tehan told ABC TV on Thursday.

“That’s very much our desire. It’s very consistent with the approach of the medical expert panel, that’s the chief medical officer of the Commonwealth, plus all the states and territories.”

Chief medical officer Brendan Murphy has consistently said the advice is schools are safe for children to attend and, while teachers are more at risk from the virus, effective mitigation measures can be put in place.

“Thankfully, as the numbers continue to dwindle, and the curve flattens, as we keep hearing, that hopefully will be scope to look at lifting of those restrictions in the future,” he told Sky News.

Mr Tehan said education ministers would discuss efforts to return to normality when they next meet in early May.