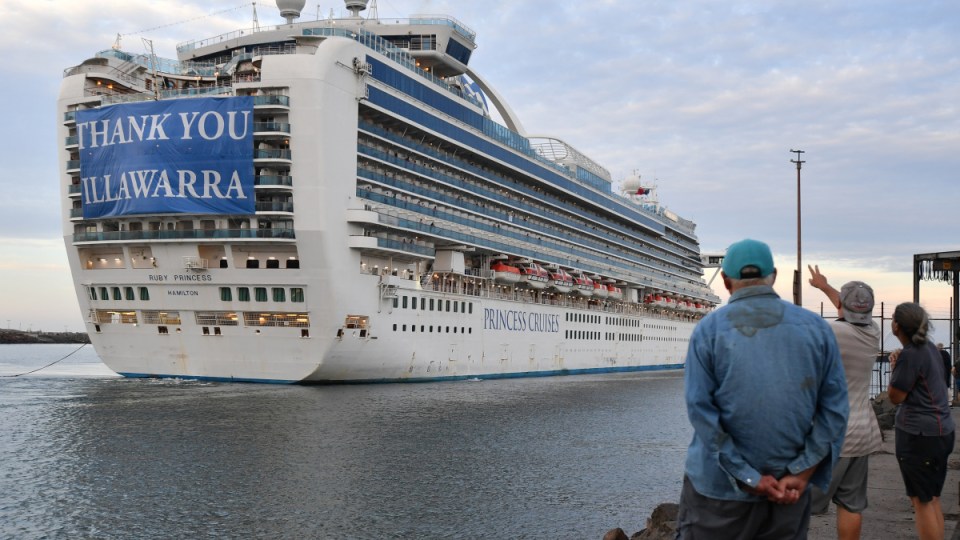 The Ruby Princess cruise ship is on its way out of Australia on Thursday evening after leaving Port Kembla, where it had been moored for more than a fortnight following a COVID-19 outbreak among passengers and crew.

The ship, so far linked to 21 coronavirus deaths and up to 600 infections across Australia, was led out of the Wollongong port about 4.30pm, bearing a banner with the words: “Thank you Illawarra”.

Crew were cheering and clapping as the ship pulled away from dock, farewelled by a large crowd of locals.

Marine Traffic data indicates the Ruby Princess is bound for Manila in the Philippines.

Of this group, 11 crew members who tested positive to COVID-19 were taken to hotels managed by NSW Health to enter quarantine and the rest were due to fly to the Philippines on Thursday evening.

A total of 542 crew members have disembarked over the past three days to be repatriated to their home countries.

“The ship is now in a position to set sail,” she told reporters.

Cruise operator Carnival Australia said the priority has been to ensure the health of the crew on board was stable before the ship departed.

The ship is the subject of a police investigation and commission of inquiry after its 2700 passengers were allowed to disembark despite signs of coronavirus on board when it returned to Sydney on March 19 from an 11-day cruise to New Zealand.

After the passengers left the boat before coronavirus tests were returned, many travelled home to all parts of Australia, taking the virus with them.

After sitting idle in Sydney for three weeks with hundreds of crew on board, the Ruby Princess was then exiled to Port Kembla.