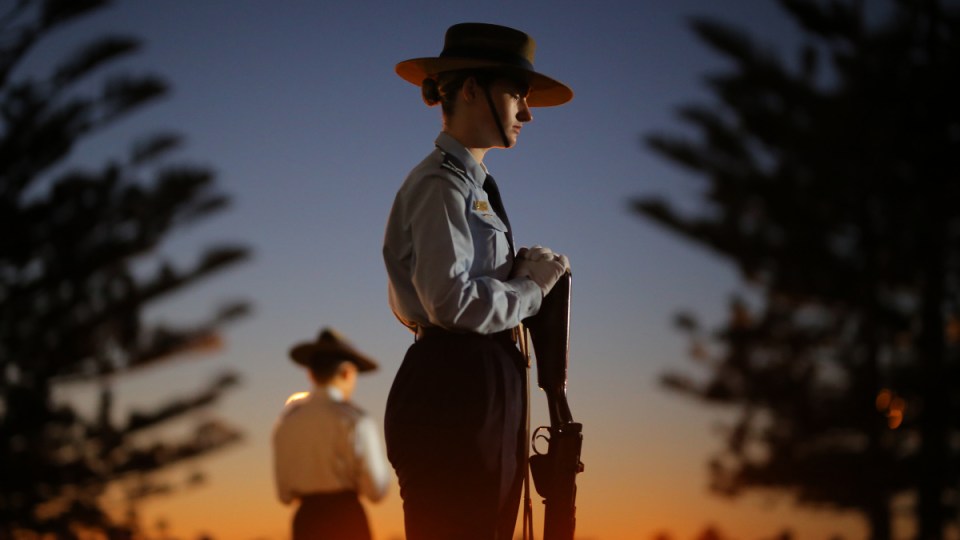 The Dawn Service will look different this year. Photo: AAP

At the going down of the sun and in the morning, Australians are being asked to pay tribute to our veterans a little differently this year.

As lockdown measures kept in place to keep us safe from COVID-19 have stopped large gatherings, Anzac Day will be commemorated on in unconventional ways.

Both Dawn Services and parades have been cancelled after the Returned and Services League (RSL) made the decision to shut down the events due to coronavirus fears.

Instead, Australians are being encouraged to stand at the end of their driveways, on their balconies or in their lounge rooms at 6am on Saturday to remember and pay their respects to those who served.

RSL Victoria state president Robert Webster OAM said the Light Up the Dawn campaign was a poignant reminder that when the going gets tough, Australians get tougher.

“As Australians face continued uncertainty due to COVID-19, the RSL want to remind every Australian that they too bear the qualities of Anzac – courage, ingenuity, humour, endurance and mateship – within themselves,” Dr Webster said.

“At 6am on Anzac Day, the RSL is asking all Australians to walk outside, and stand in their yard, driveway, or on their balcony and observe a minute of silence in respect of our current service personnel and veterans.

“Australians are encouraged to take a candle, a torch or phone with them, to help Light Up The Dawn and to celebrate that Anzac spirit.

“We may be physically isolated, but the Anzac spirit unites us. Lest We Forget.”

Vietnam veteran Lee Webb, 72, will be holding a candle in his Melbourne driveway at 6am.

He told The New Daily it would be hard for many veterans this year, as they could not be together.

“It’s about comradeship and a community spirit. Anzac Day is something to behold, something we can look forward to,” said Mr Webb, who is also president of the Greensborough RSL.

“Because it gives the veterans a chance to catch up. And that, of course, won’t happen this year in this environment with the virus.”

He said many veterans were feeling “numb” about not being able to attend a service, as the tradition was typically a unifying time.

“It’s something that’s instilled in them. I reflect back on when I was at school, and we used to march down to the memorial and have the service on Anzac Day and we keep doing it.

“It’s a tradition we do, out of the respect for those that have gone before us.

“I would like everyone to be out there, participating in their own way, because I think it’s extremely important.”

For those wanting to pay their respects while safely staying at home, the service from the Australian War Memorial in Canberra will be broadcast live on the ABC from 5.30am.

Following this, there will also be a closed ceremony from Sydney, also broadcast live on the ABC, at 10am.

They will be thinly attended, with only Premier Gladys Berejiklian, NSW Governor Margaret Beazley, RSL NSW acting president Ray James at the memorial in Sydney.

Both services will be streamed on the RSL NSW Facebook feed.

And although local services across the country are closed to the public, they will be broadcast on ABC local radio.

Victoria: Melbourne’s Dawn Service at the Shrine of Remembrance will begin at 6.10am and finish at 6.30am.

South Australia: Adelaide’s Dawn Service at the National War Memorial will start at 6.30am and finish at 7am.

New South Wales: The morning service at Sydney’s Anzac Memorial in Hyde Park will begin at 10am and finish at 10.30am.

Anzac Day 2020: Australians asked to light up the dawn