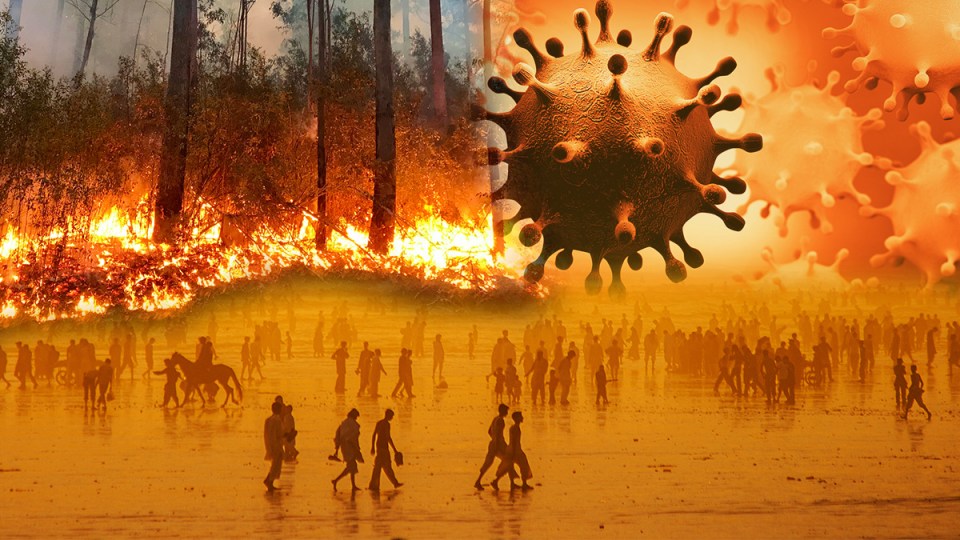 The top 10 threats facing humanity are all interconnected.

As Australia’s harsh bushfire season was backed up with a global pandemic, human extinction went from being the stuff of nightmares to something that could conceivably happen on our watch.

Now the newly formed Commission for the Human Future, which is made up of Australian scientists, academics and leaders, have tabled the top 10 threats we face as a global community, and how we can easily act to fix them.

The potentially catastrophic global risks include pandemics of new and untreatable diseases, the collapse of ecosystems, and continued population growth. “The global pandemic we now face shows how short term and blinkered are our horizons, how vulnerable and unprepared we are for threats that can shake or collapse our civilisation, even extinguish us as a species,” Professor Hewson said.

“At present, no government in the world has a plan for meeting all these risks, for dealing with them as a total system and for finding the best and safest way out of them.

“This lack of preparedness means humanity will continue to be ambushed by unforeseen crises. This report is a call to all nations and all people.”

The human species’ ability to cause mass harm to itself has been accelerating since the mid-20th century.

The risks emerging now are “varied, global, complex and catastrophic”, the report said.

“No nation or government on Earth yet recognises all of these threats as a related complex, nor does any have an explicit policy for human survival,” it wrote.

“We consider this needs to change urgently to focus world attention on what needs to be done.”

Professor Hewson said although these issues often seem overwhelming, we can actually easily change things – as the risks were interconnected.

“It is not just climate change, nuclear weapons or pandemic disease – there are at least seven other risks, equally grave, that also need to be addressed at the same time,” Professor Hewson said.

“All these risks are connected – and cannot be solved one at a time.

“Yet, however grave these threats, our message is one of hope.

“We can turn this dangerous situation around if we unite around the planet to do so.

“If we bury our differences, pool our skills and brains and act as responsible citizens of the Earth – not people divided by national differences.”

The top 10 threats facing humanity and how we overcome them