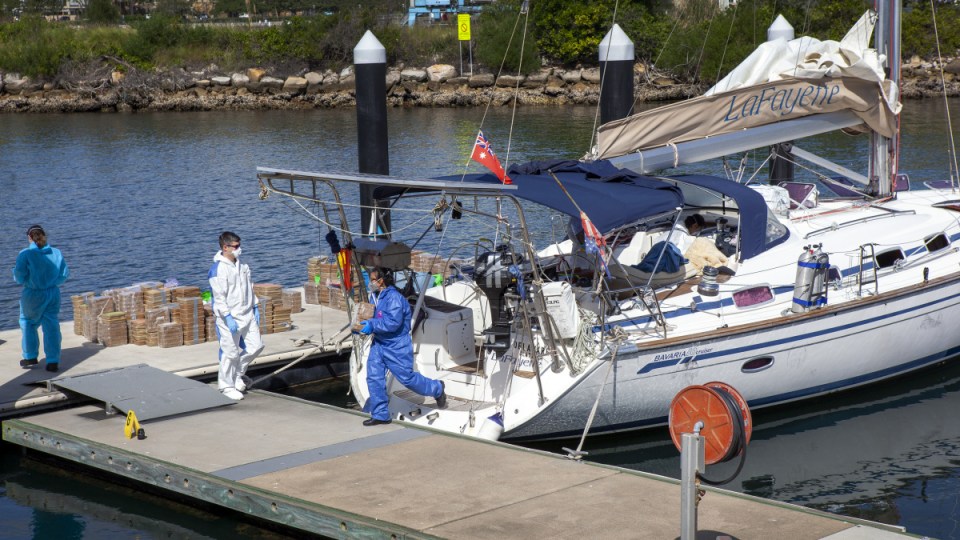 A yacht suspected to be carrying hundreds of kilograms of methamphetamine has been intercepted off the NSW coast near Lake Macquarie, leading to two arrests.

The APF estimated the haul of 1009 blocks weighing about one kilogram each has a potential street value of up to $750 million.

A 33-year-old New Zealand man and 34-year-old British-South African man could face life in jail after being charged with importing a commercial quantity of border-controlled drugs.

Both were refused bail.

They were intercepted aboard the yacht, La Fayette, about 50 nautical miles east of Lake Macquarie at 4am on Saturday.

Police allege the yacht was loaded with border-controlled drugs in waters around Norfolk Island.

The boat came to the attention of Australian authorities after a tip-off from New Caledonian agencies.

Forensic testing will be undertaken to determine the exact weight and purity of the seized substances.

“Organised crime groups will stop at nothing – not even a global pandemic – to try and flood our communities with drugs for greed and profit,” assistant commissioner Gough said.

“Our cross-border collaboration remains strong in these times, and through our relationships worldwide, we will not stop in our efforts to protect our communities from the destruction of illicit drugs.”

“With every seizure we make, a syndicate is taken down and it’s evident this criminal network has gone to extreme measures to traffic drugs into NSW with current international travel restrictions,” he said.

Officers took additional COVID-19 precautions during the arrest by decontaminating the vessel and testing the two suspects for the virus.