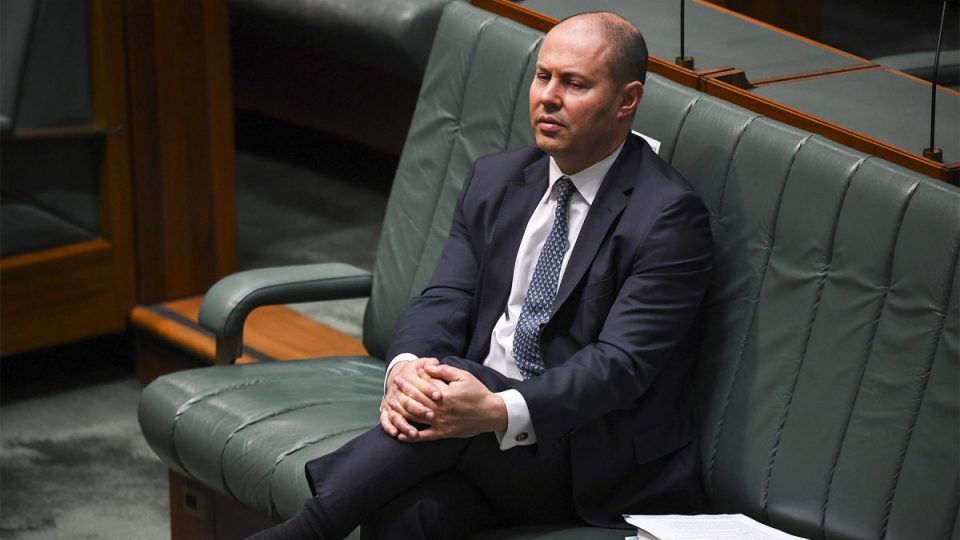 The work for Treasurer Josh Frydenberg is only just beginning. Photo: AAP

Old habits die hard, even for a Liberal government that is borrowing a breathtaking $130 billion to save jobs.

Prime Minister Scott Morrison and his Treasurer Josh Frydenberg are, as it were, hiding behind the skirts of their conservative idol John Howard to justify plunging the Budget deep into the red to contain the economic ruin wrought by the coronavirus pandemic.

And as if this statement was not strong enough to stand up on its own two legs, he hastened to add “and John Howard who has seen everything in politics said to me, and he’s spoken to the Prime Minister and said there are no ideological restraints at times like this.”

And the Treasurer said “that is the advice we have taken”.

With a cumulative spending frenzy approaching $300 billion, these self-proclaimed champions of tightening the purse strings have thrown off their Scrooge-like habits.

There is a six-month time limit to the programs funded by this spending, with suggestions since modified somewhat that we would then “snap back” to business as usual.

Even allowing for the more considered “staggered” return to what used to be considered normal, having ditched the prevailing  system of ideas that have driven Liberal governments from John Howard’s up until today, surely it will dawn on this one that these ideals have been found wanting.

The signs are not promising.

Ironically it is the government’s refusal to apply the JobKeeper payments to a million casuals and two million foreigners on temporary visas that is evidence of this.

Mr Frydenberg’s explanation is that if you add an extra million people to the JobKeeper program that’s an extra $18 billion.

So Australian citizens who miss out can apply for JobSeeker payments, foreign workers can go home if their employers don’t keep them.

The $18 billion in this context is according to economist Stephen Koukoulas “a piddling amount”.

But what it shows is an almost pathological fear of the path they have embarked on.

Mr Koukoulas says he’s “surprised the government does not want to make the recession shallower and shorter, with a wider range of stimulatory and rescue packages”.

With Trade and Tourism Minister Simon Birmingham warning there is no chance of overseas travel resuming before the end of this year at the earliest, the impact on immigration – the greatest single driver of economic growth in recent years – will be severe.

Then there is that other source of huge export income: Foreign students that we are putting in jeopardy by doing little to look after the reduced numbers who are here.

It’s in stark contrast to Singapore.

Prime Minister Lee Hsien Loong in a YouTube message said “we are playing close attention to the welfare of foreign workers. They came to Singapore to work hard for their living and provide for their families back home”.

That attention goes to assuring their incomes and providing health care.

Mr Frydenberg says the government has “to draw the line somewhere”, but Mr Koukoulas isn’t the only economist fearing the line has created a too narrow, self-defeating boundary.

Wayne Swan, the treasurer who guided Australia away from recession in the Global Financial Crisis, says the government’s stimulus package will have “to be sustained” and one “that remedies the inequalities” that were weakening the economy before COVID-19 smashed into it.

Mr Frydenberg appears to be hearkening after remedies closer to his conservative heart.

On the Insiders program on Sunday he pointed to the government’s record of 1.5 million new jobs, though he did not acknowledge the huge role immigration played in that.

He boasted “we were able to get welfare dependency to its lowest level in 30 years. We halved the growth in government spending” and he added “we are going to have to climb that mountain again”.

The daunting task for for him and the nation is that climb will begin from the bottom of a very deep ravine, deeper than many believe it needs to be.

The government stumbles at the last hurdle