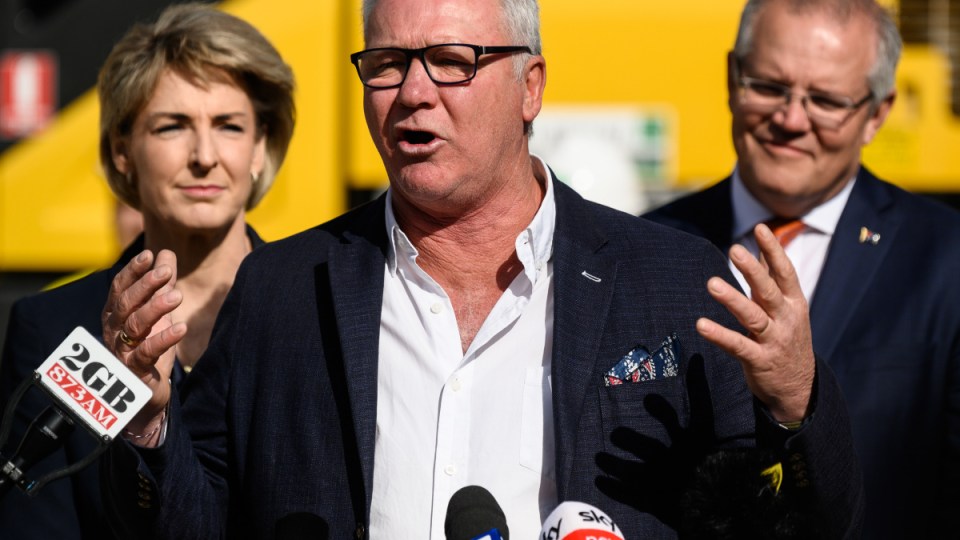 Scott Cam with Senator Michaelia Cash and PM Scott Morrison at the launch of his trades ambassador's role. Photo: AAP

Celebrity builder Scott Cam will give up the remainder of his $347,000 taxpayer-funded salary as national careers ambassador due to the coronavirus pandemic, the federal government says.

The television tradie’s 15-month appointment to the role has been the subject of significant criticism after it was revealed he had only attended one public event and appeared in a handful of social media videos in his first few months as ambassador.

Cam hit out at questions about whether he was providing taxpayers with value for money, even telling one journalist his salary was “none of your business” in a live television interview.

The coronavirus outbreak in Australia, and the associated social restrictions that have shut down workplaces and TAFE colleges, have now hampered his attempts to become more visible.

“The nature of the role of national careers ambassador has also changed with face-to-face events being cancelled,” Employment Minister Michaelia Cash said in a statement.

“Mr Cam will continue to work with the Australian government and the National Careers Institute to amplify online training opportunities and engage with Australians through digital mediums.

As his role has fundamentally changed, Mr Cam has also volunteered to forgo his remaining salary payments over the coming months.’’

Senator Cash had defended his appointment, arguing he was one of the most high-profile tradespeople in Australia and would bring considerable clout to the federal government’s efforts to encourage the take up of apprenticeships.