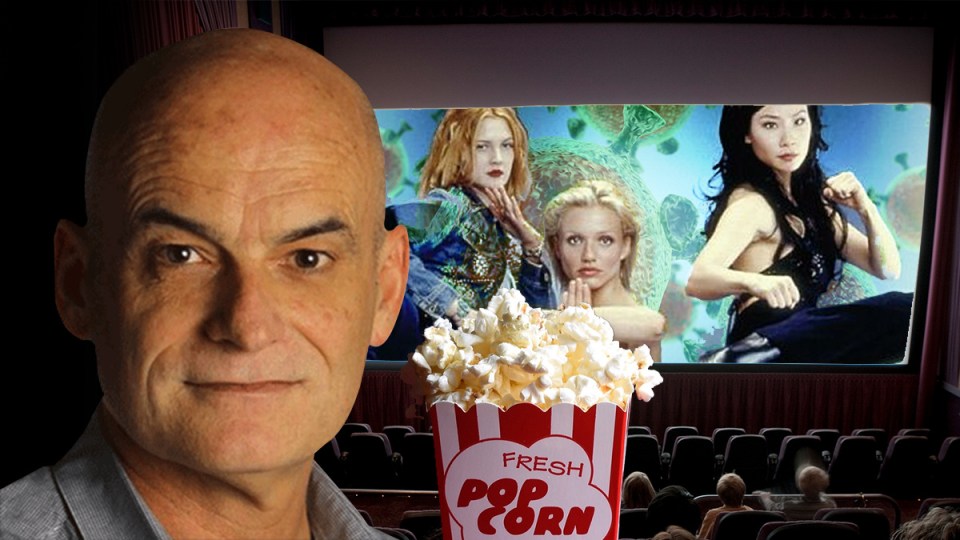 Garry Linnell has some ideas for movies that could be remade and screened during coronavirus isolation. Photo: TND/ Getty

Looking for movies to help you get through these months of self-isolation?

Check out these 10 new releases …

A crack group of elite agents set out to buy hand sanitiser and packets of plain flour from a series of Australian supermarkets.

Panned by critics as “an endless search without answers and totally bereft of any climactic scenes or results”.

Science fiction drama. The 45th president of the United States (played by Donald Trump) is mysteriously diminished with every comment he makes about a global pandemic.

Derided by critics for wooden acting and “comical” hair and make-up styling, the film still wins plaudits for its special effects.

The movie starts with the 1.9-metre tall Trump suddenly reduced by half when he says “We have it totally under control.”

It ends on a poignant note with the voice of a microscopic Trump squeaking: “The professionals did the models and I was never involved in a model … at least this kind of model … it’s all under control.”

One Flew Over The Cuckoo’s Nest

Australian comedy drama featuring Gerry Harvey as an ageing businessman who appears on national television boasting about the boost coronavirus has given his business.

Glowing reviews have hailed Harvey’s performance as “second only to Michael Douglas in Wall Street’’.

Harvey’s most memorable line – “You know, this is an opportunity … Our sales are up in Harvey Norman in Australia by 9 per cent on last year! Our sales in freezers are up 300 per cent! And what about air purifiers? Up 100 per cent!” – has been compared to Marlon Brando’s “I’m gonna make him an offer he can’t refuse”.

Criticised for its graphic violence and horrifying scenes of carnage and brutality, this action movie still wins praise for its realistic portrayal of a modern society descending into a primitive state as panic and fear of missing out sets in.

Memorable line: “Accountants don’t need toilet paper. They work it out with a pencil.”

When the Prince of Wales (played by Charles, Prince of Wales), is forced into isolation after contracting a virus, he must navigate his way through everyday life for the first time.

“One wonders what button one should have pressed to reheat one’s leftovers,” notes a puzzled Prince after the microwave explodes.

A group of retired butlers risk their lives breaking into the Prince’s royal Balmoral estate to sort out the garbage from the recyclables and courageously restore order to Charles’s undies and sock drawer.

A nationwide lockdown abruptly changes the lives of a group of ageing pensioners living in a retirement village.

Four Weddings and a Funeral

Mayhem results when a series of weddings during the coronavirus lockdown descend into chaos after guests forget to bring measuring tapes to work out how far away they must sit from one another.

But when an old 12-inch wooden school ruler is found, the ailing father of one bride passes away when everyone refuses to perform mouth-to-mouth resuscitation because of 1.5-metre self-distancing rules.

When a global pandemic erupts and the world’s population is warned to keep its distance, thousands gather on Australia’s east coast beaches to flout social distancing rules.

Soon after social media is inundated with millions of normally intelligent and well-read people declaring that “everything will soon return to normal”.

The mass hysteria continues even as the British prime minister is placed in intensive care and New York announces it may have to temporarily bury its dead in city parks because of overflowing morgues.

A generation of workers invests heavily in superannuation in the years leading up to 2020.

A wet market in Wuhan. A virus that starts with a sore throat and dry cough.

You know how it ends.

Coming to a screen in isolation near you, the top 10 escapes from reality