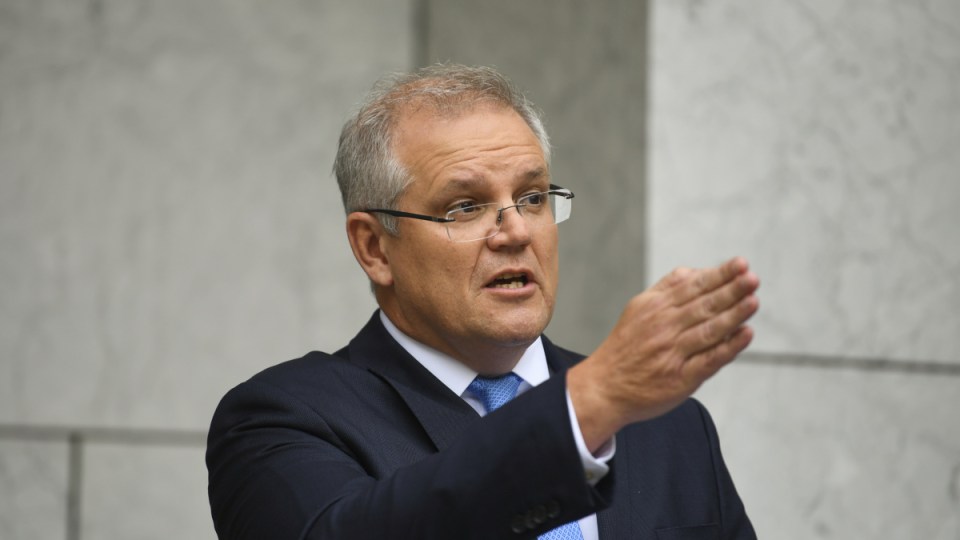 PM Scott Morrison is trying to put a brave face on the dire economic conditions ahead. Photo: AAP

Scott Morrison has recorded a stunning turnaround in his personal approval rating among voters as he grapples with the COVID-19 crisis.

After announcing a $130 billion wage subsidy designed to save Australia from a depression, Mr Morrison surged as preferred Prime Minister in the latest Newspoll announced on Sunday night.

In a result that will revive speculation the PM could consider an early election next year if the government’s fortunes continue to rise, the Coalition has made up the ground it lost after the Hawaii debacle over summer when Mr Morrison jetted overseas during the bushfire crisis.

The Prime Minister’s satisfaction rating among voters is now the highest of any leader in a decade since Kevin Rudd led the nation during the global financial crisis.

The Newspoll also found the Coalition has returned to the lead in the two-party-preferred stakes with a narrow 51 to 49 result over Labor.

The Coalition gained two points and Labor is down two points to 49 per cent.

But it is Mr Morrison’s improved ranking as preferred prime minister that is the standout result.

His rating as preferred prime minister has jumped by 11 points in just three weeks.

Mr Morrison now leads Mr Albanese 53-29 after an unprecedented spend-a-thon to save the economy from collapse.

Newspoll also found that while younger workers are worried about unemployment, older workers’ biggest fear was the hit to superannuation balances.

#Newspoll Morrison's 20 point Better PM gain vs Albanese is the highest poll to poll gain by a PM vs the same opposition leader ever. The previous record was 18 points by Keating during the Downer leadership collapse.

There is no suggestion the Morrison government is canvassing an early election as it deals with the COVID-19 crisis, but it could come into focus next year.

The latest possible date of the next election is September 3, 2022.

But an election may be held at any time before that date.