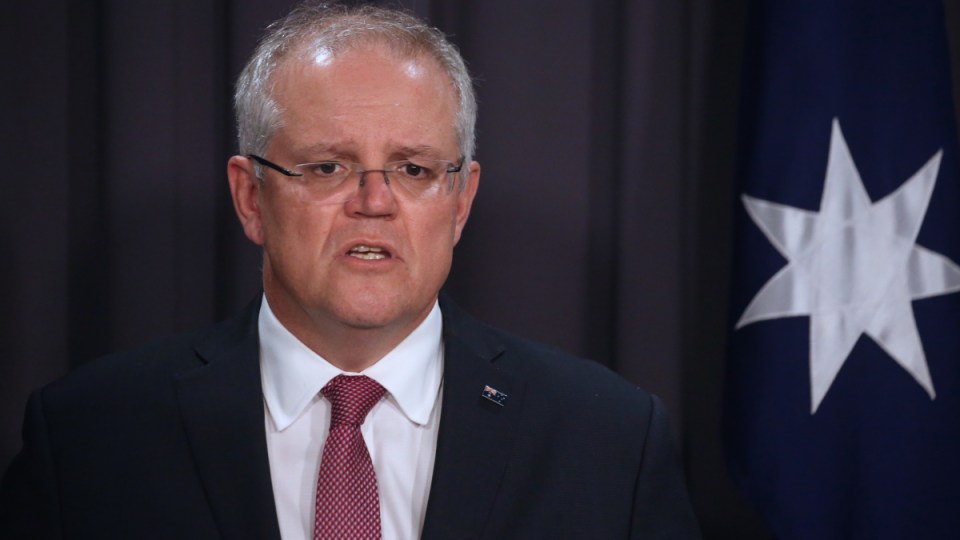 Federal and state governments have moved to further to further restrict public gatherings by reducing groups from 10 people to two.

And older Australians have been told to stay home for their own safety unless they need to shop for food and other essential items, medical care, compassionate needs, exercise and work or education.

In a statement following a meeting of the national coronavirus cabinet on Sunday night, Prime Minister Scott Morrison said some states and territories were considering whether to make the two-person limit legally enforceable.

“That’s the simple way of doing it. Just don’t do it. It is not helpful.”

Under more stringent measures introduced as part of the government’s hibernation approach, skate parks and public playgrounds will be closed.

But arrangements for funerals (10) and weddings (five) will remain, with discretion exercised on compassionate grounds.

Outdoor gyms, or boot camps, will be restricted to training on a one-on-one basis.

The new limit will not apply to households, education or employment.

In additional changes for older Australians, Mr Morrison said the advice for people aged 70 or over was that they should stay at home for safety, as should people over 60 with chronic illness, and indigenous people over the age of 50.

“This is for their own protection to limit their interaction with others in the community,” Mr Morrison said.

“This does not mean they cannot go outside. They can go outside and be accompanied by a support person for the purposes of getting fresh air and recreation, but should limit contact with others as much as possible.”

In another major announcement, the PM said private renters will be offered a moratorium on evictions as part of a series of principles that had been agreed at Sunday night’s meeting.

“The most significant of those is that states and territories will be moving to put a moratorium on evictions of persons as a result of financial distress … for the next six months,” he said.

Further work is being done on commercial tenancies, but Mr Morrison urged landlords to immediately work with tenants and banks on solutions.

“We need you to sit down, talk to each other and work this out,” Mr Morrison said.

“There is no rule book for this.

“We are in uncharted territory, but the goal should be shared and that is a business can reopen on the other side, not weighed down by excessive debts because of rental arrears, a landlord has a tenant so that they can continue into the future to be able to support the investments that they have made, and banks have clients.”

Chief Medical Officer Brendan Murphy also spoke of “some early hopeful signs” of flattening the curve to contain the coronavirus pandemic in Australia.

The rate of increase of coronavirus infections has been falling, from 30 per cent this time last week to about 9 per cent on Sunday.

The 3987 confirmed cases are “much less than some people might have predicted some time ago without mitigation”, Professor Murphy said.

But more needed to be done.