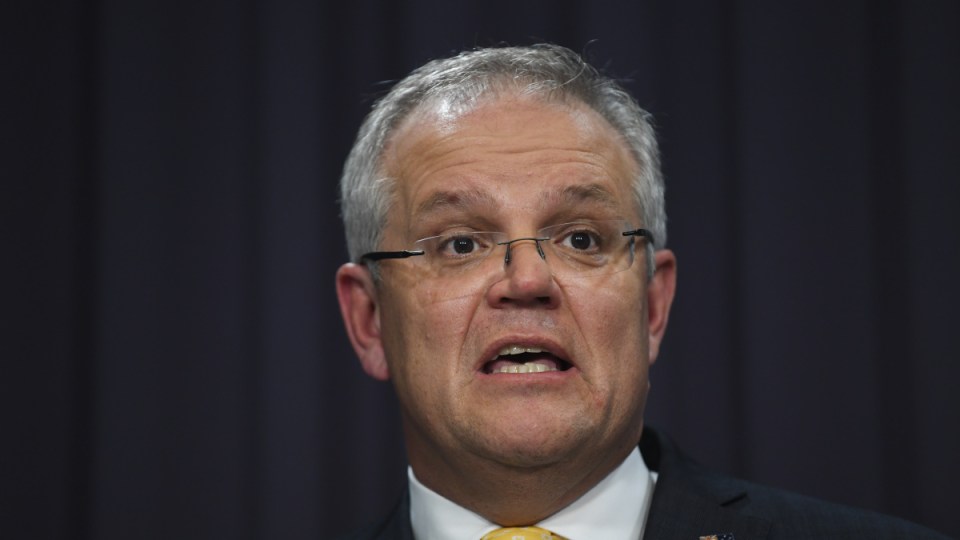 All real estate auctions and open house inspections will be cancelled and a ban placed on Australians travelling overseas amid tougher restrictions on gatherings of people in a bid to slow the spread of the coronavirus.

In an wide-ranging update on Tuesday night that encompassed weddings, funerals, personal training, hairdressers, schools and overseas travel, Prime Minister Scott Morrison said he would not be “cavalier” when considering the effect of business disruptions and closures on people’s lives and livelihoods.

“We’re trying to limit the gathering of people in large numbers that can relate to the transmission of that virus,” Mr Morrison said.

This included banning Australians from travelling overseas, and introducing a new offence of profiteering that stops people from exporting goods such as medical supplies and masks.

Highlighting the need to increase social distancing practices, Mr Morrison warned that people should stay inside unless they have to venture out for essential groceries or medical supplies.

The measures to crack down on large gatherings include restricting wedding ceremonies to only five participants [the couple, their celebrant and two witnesses] and limiting funerals to a maximum of 10 mourners.

But the measures on schools remain unchanged.

This means it is safe to send children to school until the end of the term, but schools will reopen after the term break with a mix of distance learning and in-school learning for all “essential workers”.

The national coronavirus cabinet of state and Commonwealth leaders also agreed to a lengthy list of business changes that will be enacted from midnight on Wednesday.

Health-related personal services, such as physiotherapy, will be allowed to keep running.

State governments will also be policing large social gatherings in public spaces and in people’s houses.

“Going out for the basics, going out for exercise, perhaps with your partner or family members provided it’s a small group, that’s fine,” Mr Morrison said.

“Barbecues of lots of friends or even … extended family coming together to celebrate one-year-old birthday parties and all these sorts of things – we can’t do those things now.