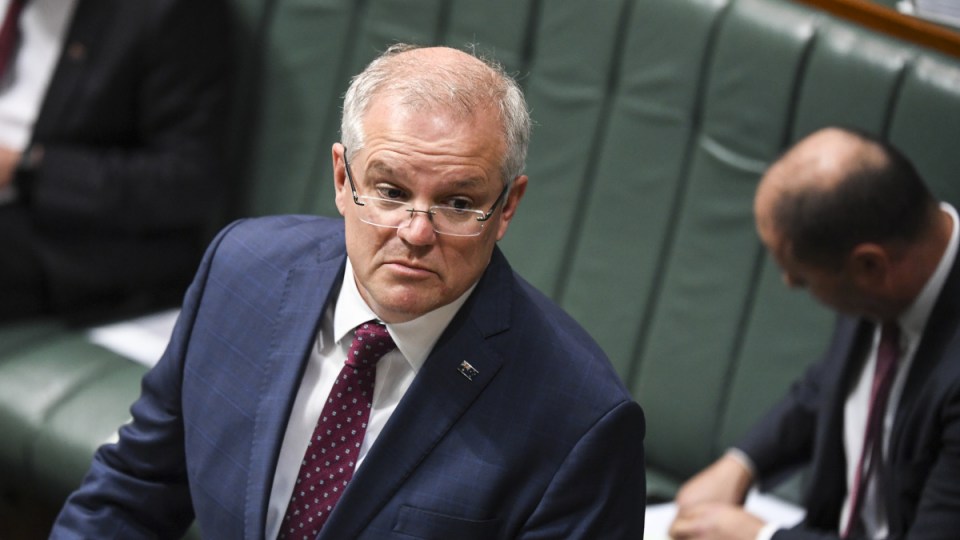 Scott Morrison’s opening statement to Parliament’s coronavirus crisis sitting was as dramatic as it was heartfelt.

“Meeting this challenge is bigger than any Australian,” he said on Monday.

“It’s obviously bigger than politics. It is bigger than any of us who are in this chamber, Prime Minister, Leader of the Opposition … bigger than all of us.”

Few could quibble with Mr Morrison’s depiction of this “once-in a-100-year event” as an economic crisis “the likes of which we have not seen since the Great Depression”.

He provided a cast-iron guarantee of an expeditious passage through the Parliament of the health and stimulus measures “sight unseen” and even though in his view “they are not perfect”.

Truth is, such is the anxiety gripping the nation no sane opposition could or would dare stand in the way.

There was sympathy for the Prime Minister’s predicament.

One Liberal said he was “caught in a coronavirus swamp with alligators up to his neck”.

But as Labor’s main parliamentary tactician Tony Burke said in the debate, constructive criticism isn’t designed to add to the fear and panic in the community but rather help a democratic parliament do its job.

At the end of the day Mr Morrison and his Treasurer Josh Frydenberg chose not to accept any of Labor’s amendments, even though they were aimed at broadening the cover of the safety net measures and applying them immediately.

In question time Mr Morrison explained his reluctance in terms of saving some of his fire for when he may need it more.

It’s also an insight on how hard it has been for the PM to pivot from “fiscal rectitude” and the holy grail of a “back-in-the-black budget”.

But Australians should be grateful that unlike the non-Labor parties at the time of the Great Depression, this conservative PM is prepared to embrace debt to save the nation.

Mr Morrison also has no choice but to shut down vast sectors of the economy as he, the premiers and chief ministers – like the boy with his finger in the dyke – tries to stop the flood of the coronavirus swamping the population.

So far it’s a losing battle with the number of people infected doubling every three days and, at that rate, heading above one million victims by Anzac Day.

The argument is over how much debt and how quickly to go deeper into it.

For the hundreds queuing outside Centrelink offices and the 95,000 who crashed the government’s MyGov website on Monday rushing for the just-announced unemployment relief, this hand-wringing is no comfort.

The Labor MP said 500 people were stood down by Bankstown Sports Club and another 120 made redundant as the forced closure of pubs and clubs bit.

Clare said “that doesn’t count the 300 cleaners and restaurant staff and security workers and contractors there”.

Economist Chris Richardson was not alone in his praise of the government’s $84 billion of stimulus measures, nor was he alone in saying “it’s not enough”.

The Prime Minister and Treasurer both say they are ready to “do whatever it takes”.

But when the billions they have already earmarked is not enough, you know we have a huge problem.

Mr Albanese says “anything that feels like an overreaction right now isn’t”.

He said the rule should be “if we think we are going to take action next week, we should take that action today”.

Probably good advice but no one has all the answers.

Besieged PM caught in the coronavirus swamp, up to his neck in alligators