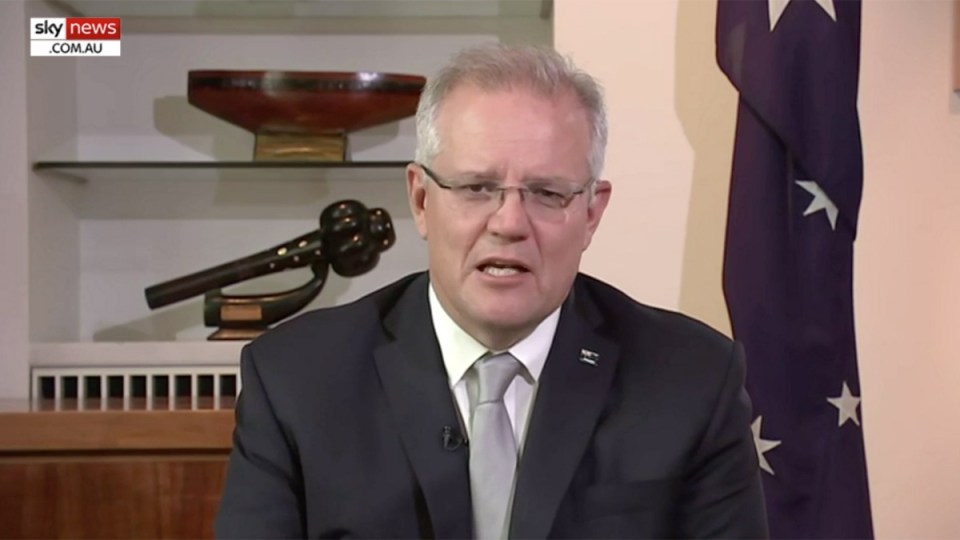 Scott Morrison has warned parents that prematurely shutting down the nation’s schools could see them closed for six months or longer and students missing “effectively a whole year of education”.

As anxious parents around the nation question the decision to limit mass gatherings to less than 100 people yet allow schools to stay open, the Prime Minister has given his most detailed explanation on why the current advice is to keep schools open.

The Prime Minister also warned on Wednesday night that any closures now might have to be kept in place until Christmas.

“What you do you’ve got to keep doing for the next six months,” Mr Morrison told Sky News.

“You shut them down, they won’t open again, and that means your children will miss what is effectively a whole year of their education.”

Mr Morrison again warned it was also a medical workforce issue, with one in three nurses and doctors and hospital workers to be affected if schools shut.

“If there’s not a good health reason to do that and risk the child’s education or cause the rather significant economic cost of tens of thousands of jobs, if not more … we need to protect the most vulnerable, then you should keep the schools open.”

Earlier, Mr Morrison said he understood the fears of anxious parents but urged them to keep children in school.

“The health advice is that schools should remain open,” Mr Morrison said.

“Interestingly, this is also what Singapore has done.

“In Singapore, they’ve been quite effective in managing and limiting the transmission of this virus in that country. The health advice here, supported by all the Premiers, all the Chief Ministers and my government is that schools should remain open.”

But Singapore requires daily temperature checks of students, which is not currently proposed in Australia.

The Prime Minister said his daughters remained enrolled in school.

“There’s only one reason your kids shouldn’t be going to school and that is if they are unwell.

“As parents you are in the best position to know if your children are unwell.

“Don’t leave it to the teacher to work that out when they arrive, or the school administrator, or whoever is on drop off.

“Make sure if your child is unwell, that you are taking action to keep your child out of school. That’s your responsibility.”

You will only be tested for #COVID19 if you develop a respiratory illness and:
– returned from overseas, or have been in close contact with a confirmed case, in the past 14 days
– are a healthcare worker, with a fever, who works directly with patients.https://t.co/JD5gXxL1X5 pic.twitter.com/zZBcEy4X27

“In China, only 2.4 per cent of the cases reported in Hubei province were in people under 19,” Professor Murphy said.

“Children have very, very few instances of clinical disease and even if they do, of even more severe disease.

“We believe very strongly that it’s in the best interest of our children and the nation at this time to keep schools open.

“There may be occasions when there’s a big outbreak in a community that some local school closures might be necessary, but at this time across the community our view is that schools should stay open.”

Professor Murphy said there were measures to reduce potential transmission in schools.

“We need to try and avoid large assemblies and other gatherings at schools.

“We know also that it’s not really possible for children in a classroom to keep 1.5 metres apart from each other and we know that we’ve got to be practical about that.

“But schools should practise very good hand hygiene too.

“Very hard to do in the school, but we can trust our teachers to do it.