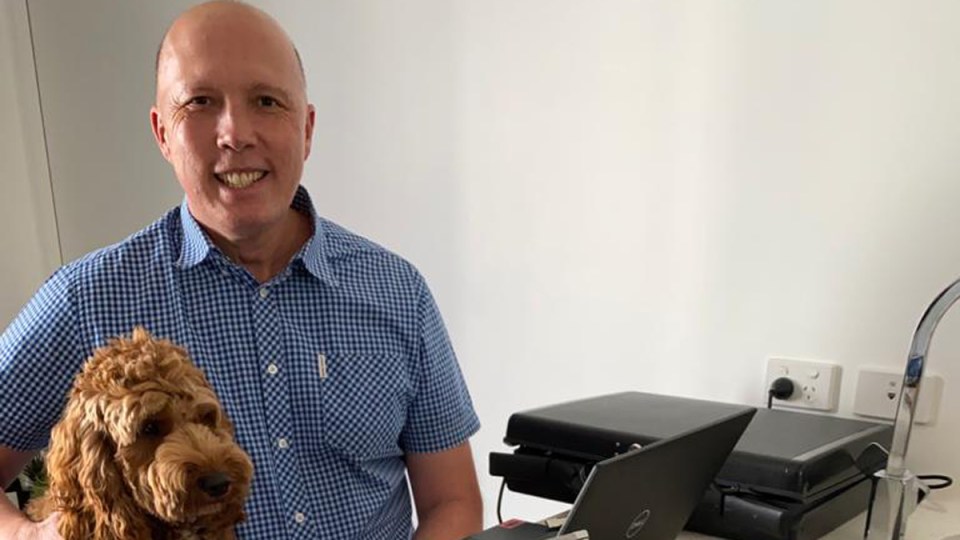 Home Affairs Minister Peter Dutton is suspected of passing on the coronavirus to a Sydney businessman at a Liberal fundraiser dinner attended by the Prime Minister and multiple cabinet ministers.

The diagnosis has raised fresh fears that Mr Dutton may have passed on the killer virus to cabinet, bringing into question the wisdom of Scott Morrison’s decision not to be tested for the virus on medical advice.

The New Daily has confirmed that Cornerstone Group founder Joseph Tannous had contact with Mr Dutton on the same day he attended a four-hour federal cabinet meeting last Tuesday with the entire frontbench, including Mr Morrison and Treasurer Josh Frydenberg in Sydney.

Although Mr Tannous does not know for certain who infected him, or how he caught the virus, he confirmed the only contact he had with a known coronavirus sufferer was Mr Dutton.

He received an email on Friday from the Liberal Party that Mr Dutton had tested positive and he should consider testing if he had symptoms.

“They’ve been good. They’ve followed through and when I got tested I told them,” Mr Tannous told The New Daily.

“I got an email from the Liberal Party, the organisers, just to say that Dutton had tested positive and they suggested I got tested.

“I started to get a bit of a cough on Friday afternoon. I thought, ‘OK, there are no symptoms I don’t have a sore throat or a fever’. Then on Sunday, I started to get vomiting and cough got worse. I went and got tested.”

He said the coronavirus symptoms were “not good” but he was at home with his family.

“Hot and cold flushes. Lots of vomiting in the last 48 hours. It hasn’t been great. But it is what it is. It’s extraordinary times,” he said.

“We’ve just got to suck it up and deal with it.”

Mr Dutton and Mr Tannous did not sit next to each other at the Liberal fundraiser.

He sat next to Brisbane Broncos chairman Karl Morris, who has self-isolated and was tested as a precaution.

The New Daily understands his results came back negative.

Despite insisting that the federal cabinet does not need to be tested for the virus, the contact between Mr Dutton and the businessman on Tuesday, March 10 has raised fresh concerns over the medical advice that he was not contagious before showing symptoms.

On Friday night the Prime Minister’s office insisted that there was no need for federal cabinet to be tested because Mr Dutton was not showing symptoms on Tuesday.

“In advice provided to the Prime Minister this evening, the deputy chief medical officer has reiterated that only people who had close contact with the minister in the preceding 24 hours before he became symptomatic need to self-isolate.

“That does not include the Prime Minister or any other members of the cabinet.”

I've been discharged from hospital and am at home self-isolating with my dog Ralph. Thank you for all the kind messages, I'm feeling much better. pic.twitter.com/00D6ZORHBs

Asked if Mr Morrison would be tested for the coronavirus on Friday night, a spokesman replied, “No.”

It was the same day the PM said he would be attending the Cronulla Sharks’ first NRL match because he wanted to make it very clear that the medical advice from the experts about mass gatherings of more than 500 people was not taking immediate effect.

The PM’s spokesman said he planned to attend because he did not want to create any unnecessary alarm as a result of the new arrangements.

He subsequently decided not to attend following Mr Dutton’s diagnosis because it might be misconstrued or misrepresented.

Australia’s Parliament will meet next week to pass the stimulus package with just 90 MPs and a skeleton staff in the House of Representatives to reduce the spread of the coronavirus.

It comes as political leaders prepare to consider banning gatherings of just 100 people or less.

The move could have a devastating effect on bars, restaurants and gyms and the Morrison government is considering a further stimulus package on Wednesday.

Mr Morrison told Opposition Leader Anthony Albanese in a phone conversation on Tuesday that the government would offer 30 ‘pairs’ to ensure that not all MPs needed to fly to Canberra for the vote.

I was a guest at a friend’s wedding in Stanwell Tops on 6 March. After satisfying the guidelines of direct exposure and flu symptoms, I have tested positive to Coronavirus.

NSW Senator Andrew Bragg confirmed on Tuesday afternoon that he was being cared for in the hospital after contracting the virus.

“I was a guest at a friend’s wedding in Stanwell Tops on 6 March. After satisfying the guidelines of direct exposure and flu symptoms, I have tested positive to coronavirus,” he said.

“I am following the guidelines set by NSW Health and will isolate myself. I thank St Vincent’s Hospital Sydney for their support & care.”

Health authorities and Senator Bragg are contacting scores of witnesses to a Parliamentary inquiry that he may have come into contact with.