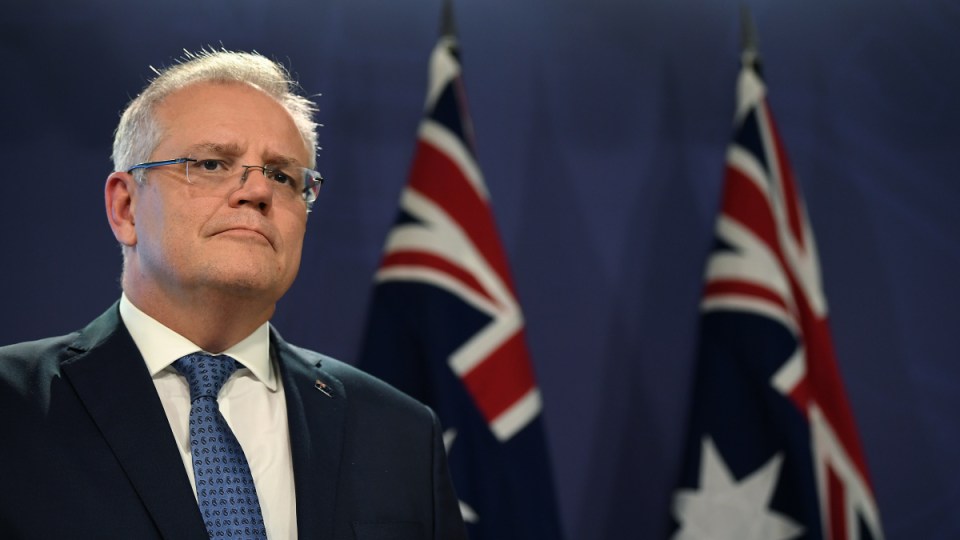 The decision by Scott Morrison to delay health measures until Monday was not welcomed by medical experts. Photo: AAP

Prime Minister Scott Morrison is stuck between the rock of the economy and the hard place that is the health of the nation, and more than one medical expert thinks he is getting it wrong.

Even now after the $17.6 billion stimulus package, including the $2.4 billion health package is, according to Bill Bowtell, too little too late.

The infectious diseases expert, who in the 1980s was the brains behind Australia’s world-leading AIDS/HIV campaign, says the federal government’s responses have been “reckless and beyond stupid”.

The trigger for his outburst was the decision to hold off a ban on gatherings of more than 500 people till after last weekend’s sporting fixtures, particularly the rugby league.

On Monday Mr Bowtell told the Seven Network “we have to get real on this”.

“We have to adopt measures that really do increase the security of all Australians,” he said.

“A virus has no clue whether it’s in a school assembly room, a large university, Parliament or a hospital. The advice is not logically consistent.”

He is supported in his criticisms by the ABC’s resident medical expert, Dr Norman Swan.

Dr Swan tweeted a quote of  President Donald Trump’s key medical adviser, Anthony Fauci: “I think we should be really overly aggressive and get criticised for over reacting.”

Dr Swan says “when you do the right thing nothing happens”.

He clearly believes we will pay the price for our piecemeal approach in 14 days’ time.

Dr Swan says we don’t have a day to waste and accuses the Morrison government of not being straight with the public but rather using “public relations Valium”, waiting for the number of coronavirus cases to tick up before taking action that is overdue.

The stark message is Australia should be following the lead of Singapore by shutting schools, sanitising public transport and forcing the entire population into self-isolation.

Mr Morrison’s reaction on Sunday when he ramped up travel bans and urged social isolation measures that for days he was saying were not needed doesn’t inspire confidence.

The PM seemed to be playing down the need for a high-profile advertising campaign to keep the public alert and informed when he was asked what  “social distancing” meant.

“We don’t need to tell Australians how to get out of bed in the morning and how to put their shoes and socks on and things like that,” Mr Morrison told his late afternoon news conference on Sunday.

Perhaps he realised he had put his foot in it because he immediately tried to backtrack by saying he was not “trying to make light of this”.

Maybe the government needs to ask Clive Palmer how to get billboards, taxis, TV, radio and social media messages out.

Health minister Greg Hunt is especially prickly when the government’s inconsistencies are pointed out or people ask “where the hell is the public information campaign?”

The lack of so-called “common sense” behaviour advice probably goes a long way to explain Newspoll’s finding that a huge 76 per cent of the population is worried about the impact on the Australian economy – which translates to their  income security.

Only 22 per cent are very confident about the incipient information campaign.

Labor’s Anthony Albanese, while promising to be constructive in his address to the nation, pinpointed six areas where the government needs to do more.

More consistent advice, such as when to self-isolate and when to get tested, and getting more people tested more quickly.

Mr Albanese says the fever clinics should be fast-tracked, Medicare expanded, “a serious reduction” in large gatherings, and timely and comprehensive travel advice that is updated more frequently.

Giving priority to the health side of the Prime Minister’s dreadful dilemma will go a long way to dealing with the economic challenges.

Morrison’s coronavirus response not what the doctor ordered