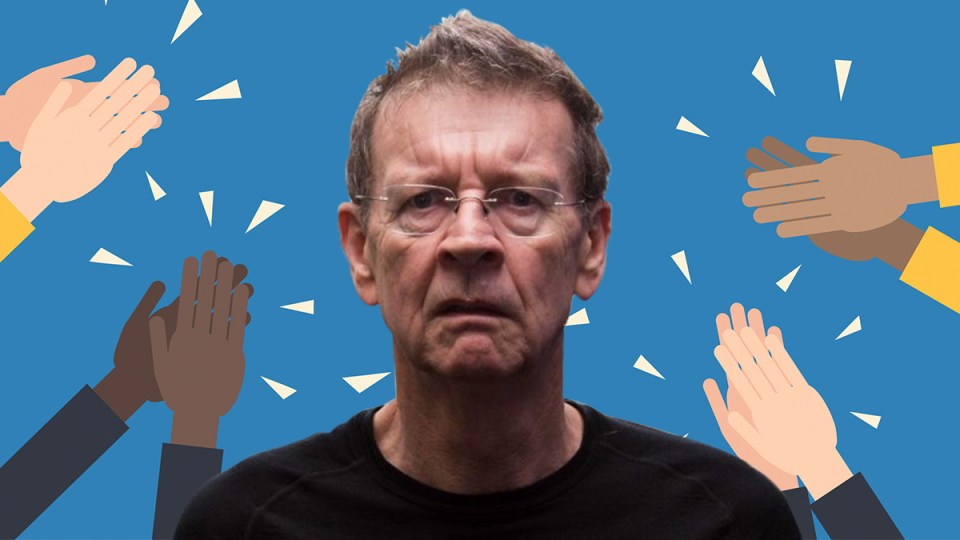 The first time I ever appeared with the Skyhooks, the entire audience rose to their feet.

The long day had been occupied mostly by performers with flutes and guitars playing soothing lift music while the audience sat on the open floor of the hall and maidens swayed and babies frolicked.

We were the last act on the bill and the only one to close the curtain.

As we started assertively playing, the curtain opened to reveal drag and make-up.

Those sitting on the floor at the front stood first to see this odd and demanding spectacle.

The people immediately behind them stood to see what had been obscured by those who had stood in front of them.

This ripple went back through the crowd such that the entire audience rose to their feet.

We were barely into the first few bars of the song so I cannot claim it as an appreciation of our achievements.

It was not a standing ovation.

They were just answering the question, “What’s all the fuss about?”

I was once given an enormously instructive account of how the Australian actor – who has recently moved on to that great Green Room in the everafter – Dame Zoe Caldwell precipitated a standing ovation.

Given that, as a stage performer she focused her “instrument”, her being, on extracting the broth of emotion from the bones of the script, it makes sense that the curtain call, the bow at the end of the show, should be the peak of her finely honed craft.

Let me take you behind the curtain.

In the lead role she would have been preceded by the supporting (euphemism for lesser) actors.

Everyone but you is on stage having received their polite smattering of thanks and appreciation.

You are the last and only one left.

Waiting in the wings, your moment has arrived.

With shuffling steps, your body bent, your head bowed, drained and exhausted from the tour de force of giving your all to the treasured audience, you present yourself to the arena.

With the last remaining dregs of energy and an effort of will you lift your head to drink them in.

They were invisible, imaginary and non-existent, behind the fourth wall, for the entire performance that went before.

You feel, for the first time, the love that is rippling from the room and lapping at the stage.

It infuses your body with renewed will, purpose and the hint of a smile.

Your pace quickens as you move from your entrance in the wings to front and centre of the stage for that biggest and final-est of moments.

Not too quickly now.

As you advance, your eye seeks contact, starting at the highest and most distant balcony, with each and every individual member of the audience.

Along each row and down, and down, you arrive at the foot of the stage staring, arms length away, at your most devoted fan, sitting in the middle of the front row.

You meet and lock their gaze and suddenly … you stamp your foot and throw your arms upwards into the air.

Your most devoted fan, sensing both terror and a full stop, rises to their feet in a standing ovation.

The audience behind them, their view suddenly obscured, stand to see what the fuss is all about.

I employed this technique for a number of years in a musical theatre show. On not a single occasion did I receive a standing ovation.

I can only conclude that the late Dame Zoe Caldwell was doing something worthwhile and memorable in the show leading up to that curtain call.

I shall now stand in appreciation of her.