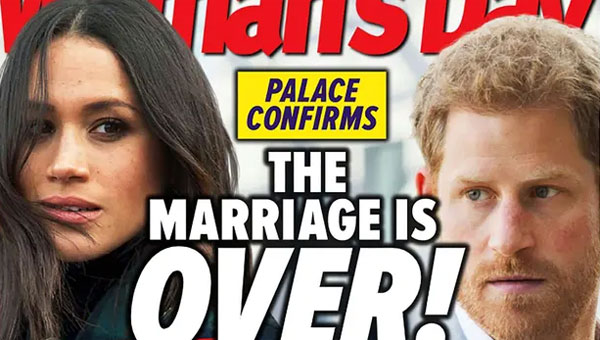 The Press Council ruled that magazine readers don't assume that everything presented is factual.
opinion

Long before Donald Trump claimed ownership of the term “fake news”, Australian gossip magazines were making a fortune out of it.

They’ve been at it for a generation or two now and while profits have slumped, the exaggerations have only gotten bigger.

One almost certainly explains the other.

For a long time this gleeful acceptance by readers of what is quite obviously tosh went largely unremarked upon because buyers were having fun and publishers were making plenty.

It was a little like those highly choreographed wrestling events where the participants know they’re faking it and so does the crowd, but if they just don’t admit it to each other, everyone will have a jolly good time.

But now the Shock! Horror! Truth! can be told.  (Sorry, I went all Woman’s Day there.)

This week the Australian Press Council ruled against one of the magazines and we learned a lot about what really goes on at these so-called “trash mags”.

And like the publications themselves, none of it makes for particularly pleasant or edifying reading.

The Press Council had investigated a complaint over a Woman’s Day headline published in May that screamed: PALACE CONFIRMS THE MARRIAGE IS OVER. WHY HARRY WAS LEFT WITH NO CHOICE BUT TO END IT.

This screeching cover line pointed to a story inside on the concocted travails of Harry and Meghan. It was similarly understated: THIS IS THE FINAL STRAW!

And so on and so forth.

I have first-hand knowledge of the appalling duplicity that has driven this sector for decades now.

In the late 1990s I took up the editing reins at Who Weekly, the Australian edition of the spectacularly successful US magazine, People.

Both published by Time Inc., they embraced strict journalistic principles and tenaciously fact-checked every story. In America those standards and that approach made the company millions every week. In Australia it cost us plenty.

Week after week we’d scrupulously pull together stories on celebrities and their tedious doings and dalliances, double-checking everything along the way. If we got something wrong, jobs were very much at risk, including my own.

Meanwhile, Woman’s Day, New Idea and NW made up stuff routinely. And outsold us four or five to one.

To try to break out of the muck-ruck, we changed our publication cycle so we’d come out on a different day to the make-believers. Our sales and reputation went up, but we still came in a distant third or fourth at newsstand.

The Americans couldn’t understand this: Why was the good journalism being penalised and the rubbish rewarded?

Our best guess was that ‘trash mag’ producers were more interested in entertainment than truth.

Which, we learned this week, is apparently the case.

Desperate to avoid sanction – or with little or no respect for truth ­– the publishers admitted it.

“(Woman’s Day) said that, given the entertainment focus of such magazines, readers expect a level of exaggeration in cover lines and headlines,” The Press Council wrote in its judgment against Woman’s Day.

Funny, I can’t remember reading any such disclaimer anywhere in these magazines. Mercifully, I no longer have to look at them.

It wrote in part: “The Council acknowledges that celebrity and gossip magazines are purchased for light entertainment, with readers not necessarily assuming that everything presented is factual.”

More tosh, frankly. Time Inc. believed that celebrity journalism should demand the same levels of accuracy and fairness as that found in all other branches of the profession.

The Council did ultimately slap down Woman’s Day for claiming the Harry and Meghan marriage was over, finding Its cover line was “blatantly incorrect”.

The adjudication came just days after I’d become part of a spirited Twitter conversation about the undermining of journalism’s reputation by such magazines and their methods.

Although some may laugh at the absurdities peddled time and again, former ABC editorial director Alan Sunderland expressed similar concerns to mine.

“In the same way that some politicians bring down the reputation of all politicians, some media outlets do the same for their industry,” he tweeted.

Which is to say: We are all diminished by shoddy journalism, readers and practitioners alike.

I said goodbye to weekly newsstand magazines and their curious alchemy almost two decades ago, but something my old Time Inc. boss said back then, still resonates.

Pondering the sales figures of the trash magazines versus our more moderate success, he’d muse over the phone from New York: “At the end of the day, we all get the media we deserve.”

Which, of course is true. But do we have to settle for so little?

Bruce Guthrie was a senior editor at People magazine in New York in 1998 and 1999 and editor of Who Weekly from 1999 to 2002. He’s a co-founder of The New Daily @brucerguthrie