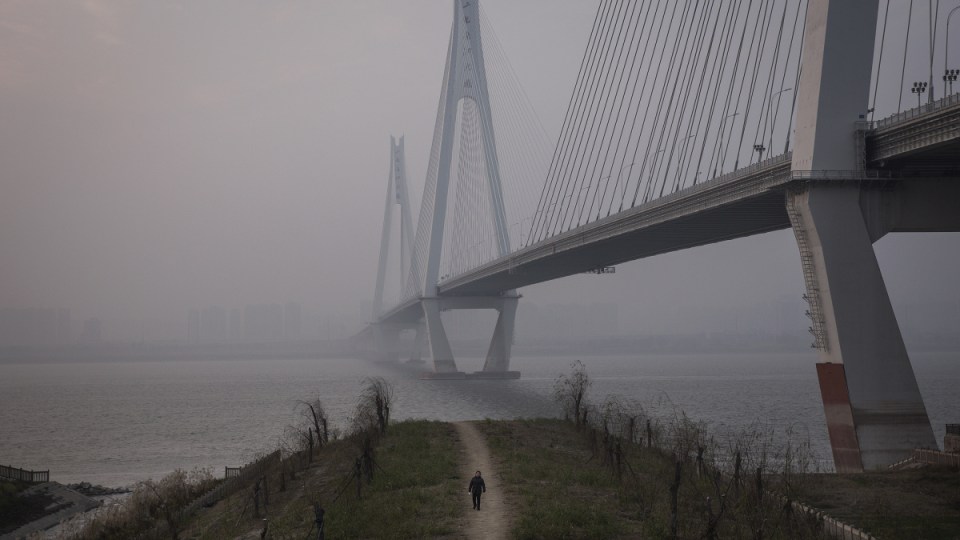 The city has become a ghost town. Photo: Getty

In the streets of Wuhan, government recordings play through loudspeakers. They tell residents to limit outings and remember to wear face-masks.

But the 11 million people stuck in the city don’t need to be told. The streets are largely deserted and only desperation – for food, medical supplies or a quick breath of fresh air – is why anyone leaves their homes.

It’s a siege for the new age.

Wuhan resident Helen Chen, 22, who studies at Canberra’s Australian National University, has been in lockdown since she travelled back home to see her family.

“It’s been three weeks since the start of the lockdown and I can tell people are becoming a bit restless from being cooped up at home for so long,” she told The New Daily.

“We’re all kind of in the dark so we don’t know exactly what’s the situation like in the hospitals and stuff so it’s worrying as well.”

In the past two weeks, she’s only left the house once. Residents are living between boredom and anxiety, she said.

“It’s quiet, unnaturally so. It’s tense and people are worried. But we’re not defeated. I think most of us are still staying hopeful,” she said.

There’s just not much to do. Family, phones and TV. That’s about it.

“I’m mostly occupying myself with assignments. But it’s really not the most conducive environment for it to be honest,” Ms Chen said.

“The worry is always there and hearing about people you know getting infected and being unable to help. It’s very frustrating as well.

“Something about staying in for too long gets to you, too. I mean I’m grateful that I’m safe at home, but I really hope this will over soon.”

No-one knows how long this will go on.

People haven’t been kept from work, and scenes of chaos outside under-stocked pharmacies and over-worked hospitals have become the norm.

Canadian Kristina Shramko, 21, who moved to Wuhan eight months ago to live with her boyfriend, says being locked up for weeks on end has started to take its toll.

“I used to be totally fine with everything that was going on in Wuhan. I just knew that I had to stay inside and I didn’t even argue about it,” Ms Shramko said.

“But as the days go by and you’ve realised that you’ve almost spent a whole month just at home, you start to lose it.”

The 21-year-old’s boyfriend got stuck outside Wuhan when he went on a business trip and the city was put into a sudden lockdown.

“It was very sudden as to prevent anyone from trying to get out,” she said.

“I haven’t had any face-to-face contact with anyone other than the staff who work at the supermarket across from where I live. We all wear masks and take all necessary precautions to ensure we won’t get infected.”

Ms Shramko chose not to be evacuated with other Canadians on Friday morning because she didn’t want to leave her cat behind.

“My mother video calls me every day, she’s definitely worried,” she told The New Daily.

“Some friends have reached out to me and said I should take the evacuation flight home but I can’t leave my cat behind so I’m staying until the regular flight schedules return. That’s when I’ll be able to bring everything back to Canada with me.”

Doctors first noticed the virus in early December and have come under fire for being poorly prepared for how rapidly it spread. The delay allowed it to spread quickly among an unsuspecting public, overwhelming the city.

The impact is being felt acutely in Hubei province, which has experienced 97 per cent of the deaths and 67 per cent of all cases.

The official mortality rate within the area sits at 3.1 per cent, overshadowing the 0.16 per cent in the rest of China.

The world has never seen a shutdown like this. On top of boredom and anxiety, something else is growing – anger.

Hospitals are crowded, medical supplies are in short demand and the government has been accused of covering up the real number of cases.

If you get a cough or fever, you wait in a long line to register yourself, another to see a doctor and another to get a prescription – often just an intravenous dip.

Many who visit a hospital leave in a bodybag.

For its part, the government is trying to silence dissent. The New Daily spoke to one Wuhan man, whose elderly parents are both infected, after he had posted a criticism of the government’s reaction online.

Just 24 hours later he was visited by police and told to delete the post and keep quiet.

“I know we’re getting help and resources from all over China and two hospitals have just been built. The Chinese Communist Party (CCP) did great in that regard,” she said.

“I am so immensely grateful towards the doctors, construction workers, volunteers, really anyone who’s putting themselves at risk to help with the situation. But there is a lot of anger directed at the local government right now.

“People are absolutely furious about the death of Li WenLiang. He’s one of the eight doctors who first alerted the police about the virus back in December.

“They were then all accused of disrupting social harmony by spreading false rumours and called in by the police and made to sign a document that said they’ll reflect on their behaviour and not cease the ‘illegal activities’. He then got infected as well.”

As the world watched in horror as the virus spread to over 20 countries, something else boiled to the surface. Racism.

“The coronavirus outbreak has definitely been racialised in a way that other outbreaks never have.

“No one called H1N1 (swine flu) an American virus or Ebola a Congo virus. It’s like being diseased is a trait of the Chinese people or something. No one said the Americans deserved H1N1. It’s sad.

“The average Chinese is just trying to live their lives. They had no part to play in this outbreak at all and they definitely don’t deserve this.”

Life inside Wuhan’s lockdown: What is really going on in the coronavirus epicentre