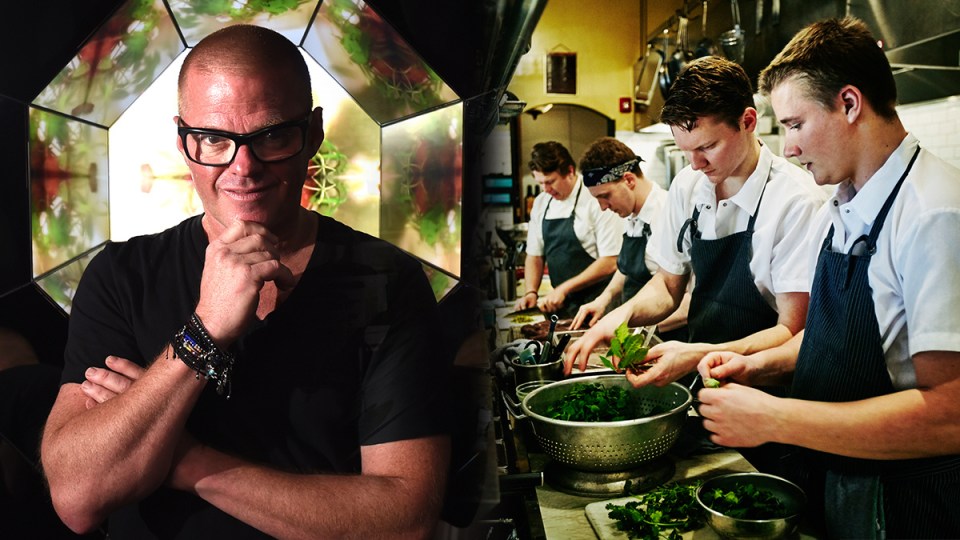 Former workers of a restaurant linked to celebrity chef Heston Blumenthal have spoken of a culture of fear they say saw them working more than 80 hours a week, as a leaked document suggests a major wage rip-off was planned.

In the biggest case of underpayment in the high-end restaurant sector, Dinner by Heston – based at Melbourne’s Crown Resort – was found to have underpaid staff about $4.5 million in wages and entitlements over four years, according to a leaked administrator’s report.

The restaurant, which has gone into liquidation, was given a ‘blueprint’ that showed how much workers should be paid.

A creditors report obtained by The New Daily indicates that when the venue first opened, Crown set up the employment ‘blueprint’ for how staff were engaged, resulting in the underpayment of employee wages.

The blueprint was “applied over several years and resulted in the underpayment of employee wages”, the report said.

Crown also provided an HR function to the restaurant and recruited the majority of the staff first employed there, according to the report.

Crown was not involved in the ongoing payments of workers. It declined to answer questions over why the blueprint was given to the restaurant in the first place, and if it is a common process in its venues.

One worker employed at the restaurant for just over two years, Tess*, claimed restaurant management knowingly underpaid her $25,000.

“Whenever we would bring up the subject to the head chef she would always say: ‘Yeah, but the wage is so high it all equals out’,” she told The New Daily.

“They talked it up as a privilege (to work there) and that’s why we would accept the circumstances. There’s a huge culture of fear.

“I was insulted quite often and treated like sh-t. I was one of the hardest workers – I’m devoted to my job, I put everything in – but getting told you’re an awful human being is not what you want to hear.

“They’re on a mission to give people the perfect food but at the price of people’s health and wellbeing.”

Tess also said the distribution of tips was often used against workers.

“It even goes as far as floor staff having to sit a test about the history of the food and the way things are prepared, and if they fail, they don’t get their tips that week and they have to re-sit it,” she said.

Tess said no one from the restaurant had contacted her about the thousands of dollars she said she is owed.

“I worked at Dinner by Heston for more than two years. Some weeks we worked more than 80 hours and never worked less than 60 hours. We are owed millions in stolen wages,” he said.

“It strains relationships when you work such massive hours. And then to get ripped off is the ultimate slap in the face. I feel angry that we’ve been treated like this.”

Crown charged the restaurant, which is owned by Tipsy Cake, a company based in the Caribbean tax haven of Saint Kitts and Nevis with no publicly known ownership, only $1 each year to lease the space.

Mr Trist said he was recruited through the Crown website.

“Crown used us as a drawcard for their high rollers. We cooked for them. Then they went and spent all their money on Crown’s gaming tables – Crown has a responsibility to us,” Mr Trist claimed.

“We have requested that Crown repay all unpaid wages and entitlements owed to our members — and offer employment to these members as well as sponsoring those who are on temporary visas,” UWU national president Jo-anne Schofield told the ABC.

Charging up to $295 per head for its “immersive experience” multi-course degustation, the restaurant carries the celebrity chef’s name but is not owned by Mr Blumenthal.

The restaurant, rated with two ‘hats’ by The Age Good Food Guide, boasts: “Following years of research, the culinary exploration of chef Heston Blumenthal has resulted in a modern menu of dishes that have been inspired by historic recipes and history books. Some elements date as far back as the 13th Century.”

The New Daily understands the venue will close officially on February 14 and current staff will get one-month severance pay for every year they worked.

Staff were told by restaurant management that Crown would not budge on payouts.

In response to The New Daily’s questions about the ‘blueprint’, a Crown spokesperson said the restaurant was responsible for its own staff.

“Tipsy Cake Pty Ltd (trading as Dinner by Heston) was a tenant of Crown and responsible for its own operations and employed its own staff,” the spokesperson said.

“Crown was not in a joint venture arrangement with Tipsy Cake.

“Tipsy Cake has asked the court to appoint a liquidator, on the basis that it is insolvent. In these circumstances, including ongoing substantial unpaid expenses to Crown, Crown has taken steps to bring the tenancy to an end.

“As the winding-up application is now before the court, Crown will not be making any further comment concerning the liquidator’s appointment.”

Dinner by Heston employees reveal how the restaurant ‘screwed them over’