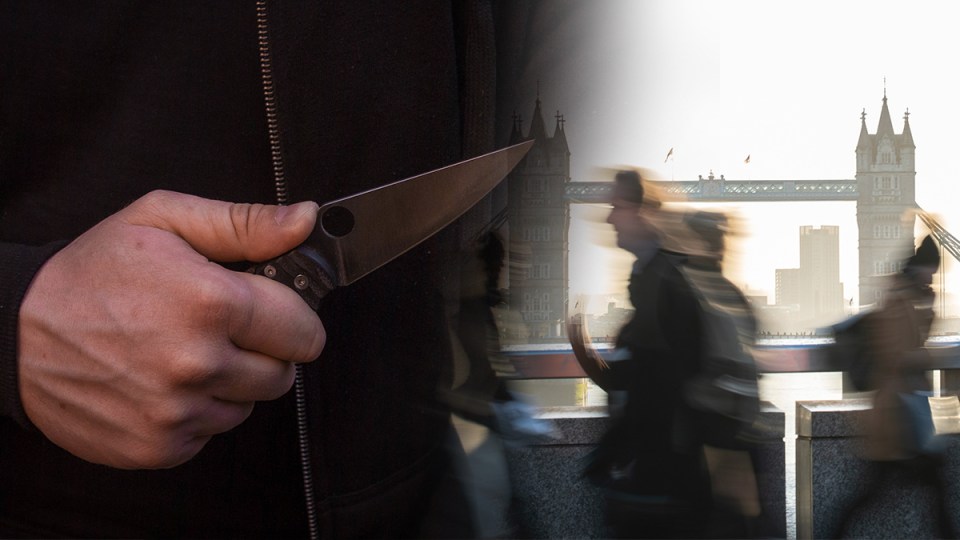 While London reels from another terror attack, authorities are also battling with how to fight knife crime. Photo: Getty

While Londoners are reeling from another terror attack on the streets of the city, the UK is also grappling with how to contain a threat less likely to hit international headlines: young men with knives.

On Sunday (UK time) “knife-obsessed” ISIS supporter Sudesh Amman went on a rampage in south London, stabbing a man in his 40s in the stomach and a female cyclist in her 50s in the back. Both victims are recovering in hospital.

In 2018, Amman had pleaded guilty to 13 offences of possession of terrorist documents and disseminating terrorist publications.

Amongst the material found were documents titled “US Army Knife Fighting Manual techniques” and “Bloody Brazilian Knife Fightin’ Techniques”. Police said at the time had discussed a desire to carry out an attack, often focused on using a knife.

The 20-year-old was released from prison last month, halfway through a 3.5 year sentence. The revelations have led to questions over how courts are handling terrorists. Prime Minister Boris Johnson has indicated – again – plans to overhaul sentencing laws.

The father of 25-year-old Jack Merritt, one of the London Bridge victims, on Monday slammed Mr Johnson’s approach.

“Shooting people dead on the streets after they have carried out attacks is the epitome of shutting the stable door after the horse has bolted; the ultimate failure of policy,” David Merritt wrote on Twitter.

“Longer sentences by themselves just = kicking the can down the road, allowing prisoners to radicalise each other & build greater resentment.”

UK media reported Amman’s mother described her son as a “nice, polite boy” who was radicalised while in the high-security Belmarsh prison.

But as the debate centres on terror and how to combat radicalisation, the events have also highlighted the growing concern over random street stabbings.

A report into the escalating violence showed that police recorded more than 44,000 offences involving a knife or sharp instrument in the 12 months to June 2019.

It was a 7 per cent jump on the previous year.

Almost half the offences reported involved stabbings, while in 43 per cent knives had been used as a threatening weapon in other crimes including robberies and rapes.

Across the year there were 235 knife murders and 412 attempted murders.

The statistics are even more horrifying when you consider that almost half the perpetrators are aged between 15 and 19.

Office for National Statistics crime statistics spokesperson Joe Traynor said: “While overall levels of violence have remained steady, the number of offences involving a knife has continued to increase across England and Wales.

“However, the number of homicides where a knife or sharp instrument was involved decreased, driven by falls in London.

“There is a mixed picture in the total number of knife crime offences across police forces with the Metropolitan Police recording little change in the last year.”

But fixing the problem has become difficult.

Many have pointed the finger at gangs and drug dealers.

Some campaigners have said it correlates with the steep decline of police conducting stop-and-search routines.

After 2009, searches fell across the city when numerous reports showed they unfairly targeted young black men, wasted resources and were ineffective at stopping criminals.

But Scotland Yard has begun increasing the number of stop and searches again.

They’ve been encouraged by laws put in place by London Mayor Sadiq Khan, which give them more scope to perform the routines without grounds of reasonable suspicion.

Current system for reducing knife crime is not working

In an attempt to curb the crime rates, Boris Johnson has pledged to increase the police force by 20,000 new officers in three years.

Mr Khan also announced £12 million ($23.5 million) of new funding over two years for the violence reduction unit, which deals with violent crimes across the city.

The program is based on a similar scheme in Glasgow – once the global home of knife crime, the Scottish city has experienced a sharp reduction in recent years.

The key principle of Scotland’s Violence Reduction Unit is that “Violence is preventable, not inevitable” and crime is treated as a public health issue.

Much of their work is aimed at youth – running workshops around violence prevention and offering an alternative path through training programs.

But right now London doesn’t have a clear way out.

Knife crime has already become a heated issue before the mayoral election in May.

“This is something that can be turned around.

“We need the Mayor to say ‘I’m taking responsibility. I’m the Police and Crime Commissioner and I’m going to provide the leadership and get behind the exceptional people in the Metropolitan Police to reduce crime.”