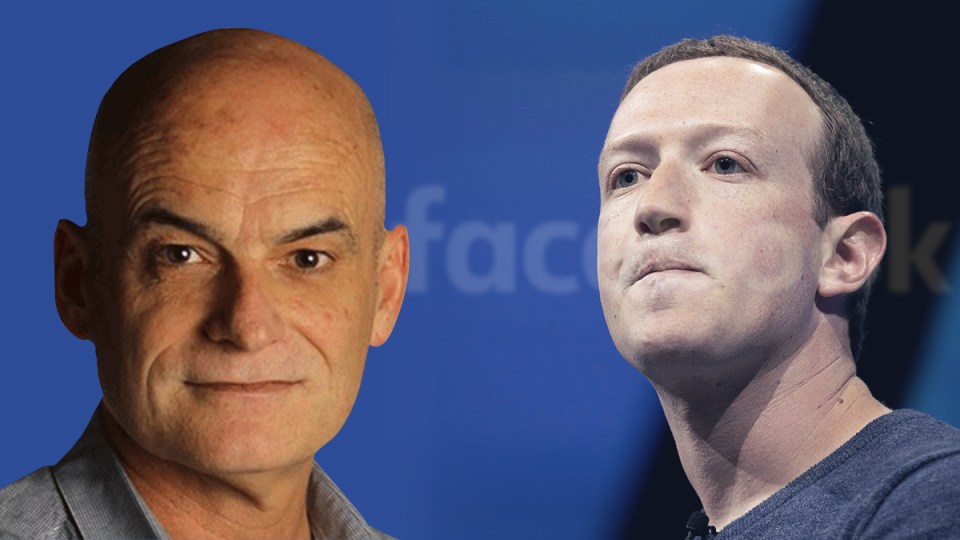 Poor thing. The man who rules the world is feeling uncomfortable.

As one of the most powerful men on the planet – and potentially one of its most dangerous – Facebook founder Mark Zuckerberg is growing increasingly uneasy.

He’s had enough of those self-righteous zealots demanding his company clean up its act.

“It kind of feels like the list of things that you’re not allowed to say socially keeps on growing, and I’m not really okay with that,” he told a technology seminar in the US last week.

“Increasingly we’re getting called to censor a lot of different kinds of content that makes me really uncomfortable.”

Well, now he knows how many of us feel about Facebook and the rest of the social media giants who show scant regard for the safety – and sanity – of their users.

Facebook’s refusal to follow Twitter and ban political ads is the latest in a series of poor judgement calls by a company that only two years ago was severely embarrassed by the Cambridge Analytica scandal.

It will be a long time before that appalling fiasco – which saw the personal data of millions of Facebook users harvested without their consent for blatant political purposes – is forgotten.

This week the prolific author Stephen King became the latest in a series of high-profile people to abandon Facebook because of its stubborn refusal to ban political ads.

But there is also another issue that underlines the disregard Facebook and other social platforms have for their users.

These companies like to sell us the notion that they are noble businesses devoted to bringing the world together and giving everyone – no matter how downtrodden or excluded – a voice of their own.

What they have become are fetid swamps teeming with millions of diseased lifeforms that spend their days and nights preying on the innocent.

We know them as trolls – anonymous online identities that dwell in the darkest of human sewers, endlessly taunting, threatening and humiliating normal people trying to get on with their normal lives.

If Mark Zuckerberg and the rest of that wacky cult of Silicon Valley billionaires want to lecture us on the evils of censorship, then they should first attend to this virus that has now infected the virtual world they helped create.

Let’s put aside the armies of disruptive ‘bots’ and other algorithm-driven entities that overwhelm our social media feeds and inboxes and instead concentrate on those barely human people who get their kicks anonymously taunting their targets.

Why do platforms – most notably Twitter – allow anonymous accounts in the first place?

Oh, that’s right – it gives oppressed minorities in dictatorships an opportunity to “have a voice”.

It allows “a light to be shone into dark places” and for the common person to highlight injustice without fear of persecution.

But those arguments don’t really compensate for the damage – the suicides, the anguish and the anxiety – that anonymous trolling has wreaked.’’

How many examples do these companies need of grieving widows being sent messages that their husbands deserved to die – or the infinite cases of fat-shaming and slut-shaming to mention just a few – before they act?

And please, don’t tell us it’s just too damn hard. If you can create computer code that knows what we want to buy, where we want to go and is pretty close to predicting exactly how we all think, then excluding fake and anonymous accounts from your platforms should hardly be technically challenging.

It’s not as though the tech giants are not aware of the size of the problem. Twitter’s own former CEO, Dick Costolo, wrote in a leaked internal memo five years ago: “We suck at dealing with abuse and trolls on the platform, and we’ve sucked at it for years.”

Quite a revelation for a company that, along with Facebook and Google, has amassed more power and reshaped human behaviour faster than any of history’s dictators and despots.

Too much of an overstatement? The average Australian now spends more than 12 hours a week on Facebook. Almost four out of five people on earth are engaged with some form of social media.

More and more studies are finding links between online behaviour and higher levels of depressive symptoms, like anxiety and insecurity. Some research even suggests the digital revolution is altering the human brain.

Mark Zuckerberg is often portrayed as a stony-faced geek lacking in empathy and awareness. The evidence hardly contradicts such an image.

When accusations first flew that Facebook’s flood of fake news may have influenced the US election in 2016, all Zuckerberg could offer was a glib  response – “a pretty crazy idea” – and a condescending lecture about how his company was nothing more than a humble technology outfit.

He is right when he says we live in a new age of censorship. It’s also true that we live in an overly-sensitive world where everyone seems to take offence at the most trivial and banal.

But anonymous trolls are another thing.

Social media allows all those weak, spineless and insipid individuals – friendless, stammering loners who turn red whenever anyone even glances at them in public – a larger stage than they will ever deserve.

Some operate in online gangs, targeting the bereaved and anyone else whose suffering gives them some kind of weird gratification and power trip.

So before Zuckerberg and the rest of the 21st-century Caesars start lecturing us about freedom of expression, they should do the world they apparently care about so much a big favour.

End the era of the anonymous user and leave them to dwell in an even darker place than what social media has become – their own sad, twisted and empty lives.