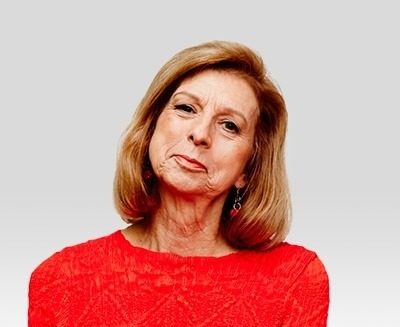 Bettina Arndt has been made a Member of the Order of Australia. Photo: Facebook

Sexual assault survivors have condemned the controversial choice to award a men’s rights activist with an Australia Day Honour.

Sex therapist and controversial commentator, Bettina Arndt, 70, was appointed a Member of the Order of Australia (AM) on Sunday “for significant service to the community as a social commentator and to gender equity through advocacy for men”.

Founder of End Rape on Campus Australia, Sharna Bremner, said she felt sick when she found out Ms Arndt had been given the award, which is Australia’s third-highest civic honour.

“She has spent the last few years attempting to make a name for herself by offending sexual abuse survivors and championing offenders.

“I think giving her the award is a kick in the guts to anyone who has been sexually assaulted – one in five women in Australia and one in 16 men.”

In 2017 Ms Arndt, who has been writing on men’s issues for 30 years, courted the ire of Australians after she conducted a sympathetic interview with convicted pedophile Nicolaas Bester.

During the interview, titled “Feminists persecute disgraced teacher,” she described the behaviour of female students as “sexually provocative” and laughed with the pedophile about how he had later boasted about the event online.

Bester was a maths teacher at an elite private school in Hobart when he sexually assaulted a 15-year-old schoolgirl.

In 2015, after his release from prison, Bester posted about his crime on the internet, writing: “The majority of men in Australia envy me.

As a result he was rearrested for sharing child sexual assault material.

In the interview, Ms Arndt said girls should “behave sensibly and not exploit their seductive power to ruin the lives of men”.

“Over the years I’ve talked to many male teachers about sexually provocative behaviour from female students.

“Sensible teachers, of course, run a mile from these girls, but the teachers are still really vulnerable because they can easily be subject to false accusations if they reject or offend the young woman in question.”

When Bester joked that he had drunk a bottle of wine before he posted the boastful comment online,  Ms Arndt laughed with him, saying it was “pretty stupid” but that she could “imagine how easily this happens”.

After the interview was picked up by 60 Minutes, Ms Arndt issued an apology on her website.

“I conducted the interview not because I condone his past behaviour but because I am concerned about vigilante justice,” she wrote.

“I apologise to those I have offended by the relaxed tone of the interview, particularly in the segments of the interview shown by 60 Minutes which were carefully selected to damage my reputation.

“I find it difficult not to get along with people who are willing to have an honest conversation with me, even those who have made grave errors in their lives.”

It was not the first, nor last time the sex therapist has courted national controversy.

Ms Arndt’s books have come under scrutiny for what some argued are archaic ideas of monogamous heterosexuality.

Men, she argues, are “sex-starved” and should be celebrated for their “restraint” while women who are “withholding” should stop saying no, and start saying yes.

“It simply hasn’t worked to have a couple’s sex life hinge on the fragile, feeble female libido,” Ms Arndt wrote in The Sex Diaries.

“The right to say ‘no’ needs to give way to saying ‘yes’ more often.”

Over social media, Ms Arndt said she was “excited” to receive the award.

“As you can imagine, this is causing a bit of a stir with the usual suspects in the media taking potshots at me with major hit jobs still to come,” she wrote.

“But I’m hoping the award will attract attention to my work and inspire more volunteers to help with my campaigns for fair treatment for men and women.”

She did not respond to The New Daily’s request for comment.

But Ms Bremner said the anger around the decision was justified.