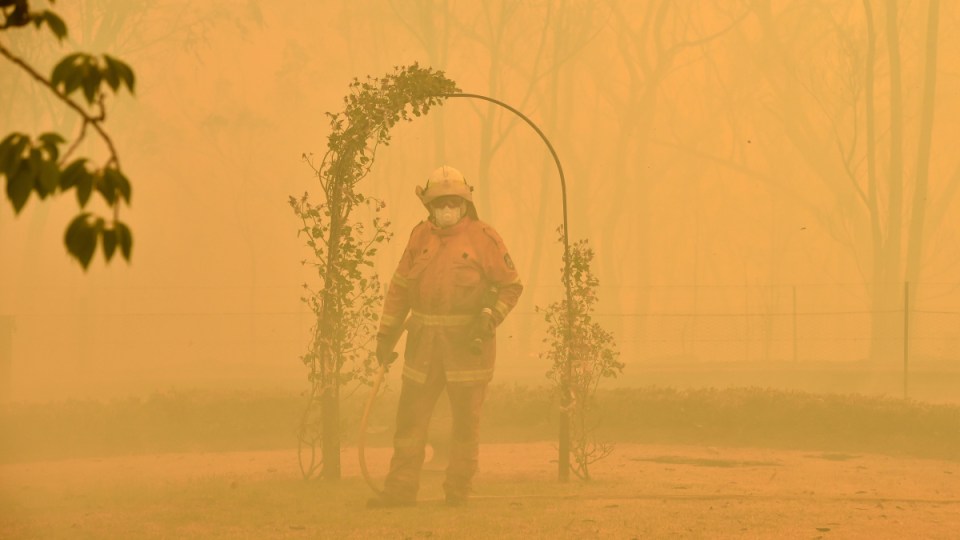 There are mounting calls to have launch a class action against the government over climate change. Photo: Getty

As Australia experiences the worst bushfire season on record there are growing calls for a class action against the federal government for the lacklustre response to climate change.

Emboldened by a recent case in the Netherlands where citizens successfully mounted a class action against their government for its failure to act on the climate crisis, there are mounting calls to do the same here.

One change.org.au petition to rally support for a class action has received more than 63,000 signatures.

“We are now witnessing the effects of the climate emergency first hand, and still the government sits on its hands.”

But mounting a class action against the government over the issue is “uncharted territory” and highly complicated, said Australian Lawyers Alliance’s Greg Barns.

“There is certainly a strong and compelling moral argument that government inaction, in the face of uncontradicted expert evidence warning about the increased risk of number or, and magnitude of fires, should compel it to pay compensation to those impacted by the fires,” he told The New Daily.

One argument thrown around for a class action is the historical precedent taken after Black Saturday fires in which 173 people died.

The defendants, power distributor SP Ausnet and assent manager Utility Services Group, were forced to pay out a record $495 million to 5000 victims.

Proving the link between a government’s response to climate change and the loss of lives and properties is a lot more difficult, Mr Barnes said.

“In a legal sense, it is more complex because it has to be shown that there is a causal link between government inaction and the damage caused,” he said.

“A class action can’t be ruled out and needs close analysis from high-quality lawyers, but class actions in Australia are difficult to launch let alone for parties to succeed.”

In December, the Dutch Supreme Court upheld a landmark ruling which ordered the country’s government to reduce emissions by at least 25 per cent, compared with 1990 levels, by the end of 2020.

The reason Australians couldn’t follow a similar approach is that we don’t have a bill of rights, said lawyer George Newhouse.

“The critical element that is missing here is that the Dutch are signatories to the European Convention on Human Rights and Australia has no equivalent to it and our Constitution does not contain any meaningful human rights or environmental protections,” Mr Newhouse said.

“That’s the main reason why the case is unlikely to be followed.”

A class action might be out of the question but climate change litigation, at least against companies, is on the rise.

Australia has so far had the second-highest number of climate cases globally after the United States and the nation’s financial regulators have been warning about an increase of litigation for years now.

On top of that, in 2016 a legal opinion by Noel Hutley QC and Sebastian Hartford-Davis identified climate change as a material financial risk to businesses. As a result, Australian company directors might be legally obliged to consider and report on the risks.

If not a class action – what?

The bushfires have put Australia’s climate policy under the spotlight.

In the last few months millions of people have signed petitions asking governments to do something, said change.org.au’s campaign director, Nic Holas.

“It’s been massive. We’ve had so many petitions started,” he said.

“We have had millions of people desperately trying to make change happen, and what I often say is that people turn to us when they’re being failed by the state and it’s no different with this crisis.”

One, calling for the federal government to declare a climate emergency was started by neurologist turned reluctant climate change activist Dr Kate Ahmad and has more than 200,000 signatures.

“I’m surprised it’s not higher,” she said. “Studies show more than 60 per cent of Australians want action right now. I wish more people would sign it, I think we need bigger numbers.

Mr Barns said Australian courts had a history of catching up with new threats.

“I think we are seeing an emerging new area of law around climate change and the role of civil and criminal law,” he said.

“The history of the law in Australia has been that in response to new and emerging causes of damage to people and property the courts have been prepared to extend liability and legislators to introduce laws designed to ensure accountability.

“We would be outraged if government promoted cigarette smoking or removed mitigation measures – this is an analogy.”