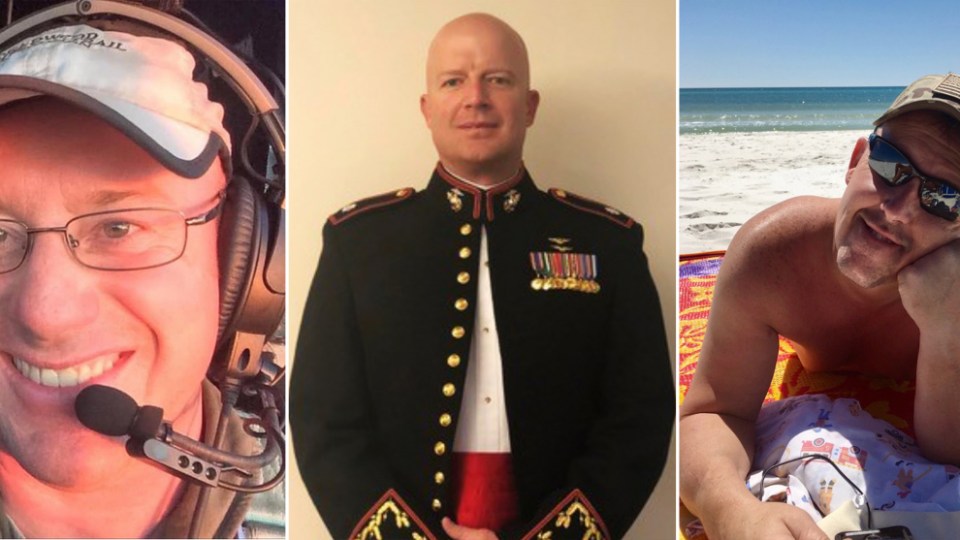 The global firefighting community is in mourning after the tragic deaths of three US firefighters killed when their C130 Hercules crashed heavily in southern NSW.

“It’s a body blow for everyone in the firefighting fraternity, in the community of NSW and further afield,” he said in Sydney on Friday.

“It’s a confronting and sobering reminder of the enormity of the risk and challenge associated with this fire season.”

The three men, seconded to Australia from the US, died after the water tanker, carrying 15,000 litres of water, smashed into the ground northeast of Cooma on Thursday afternoon. The crash area is being treated as a crime scene.

Plane owner and operator Coulson Aviation on Friday confirmed the names of the “fallen heroes” who died in the crash, the cause of which remains unclear.

The owners of the Canadian company and the men’s families are expected to arrive in Sydney over the weekend.

“This will be deeply felt by all. We honour the amazing crews who do incredible things in dangerous circumstances supported by world-class operations,” Coulson Aviation said in a statement on Friday.

Mr Fitzsimmons called the C130 a “work horse of the air”, which could carry 15,000 litres of water and integrate with firefighters on the ground.

A minute’s silence was held at RFS headquarters on Friday morning for the three fallen heroes as 32 Canadian and US crews returned home and another 40 arrived in Melbourne to fight fires in East Gippsland.

Alaska region fire management officer Chuck Russell, part of the US and Canadian contingent in NSW, said there was a “sombre” mood among the firefighters since the deaths of Mr McBeth, Mr Hudson and Mr DeMorgan.

“It doesn’t matter whether you’re a contractor, a Canadian, a New Zealander or an Australian, it hits hard when we lose one of our own,” he told reporters.

“We know what we do is inherently dangerous.”

Investigators from the Australian Transport Safety Bureau were to travel to the Peak View crash site on Friday to start collecting evidence.

The bureau expects to complete preliminary findings within a month.

US ambassador Arthur Culvahouse said he was “deeply saddened” by the news.

“The brave Americans who died near Snowy Monaro died helping Australia in its time of need,” Mr Culvahouse said.

Foreign Affairs Minister Marise Payne paid tribute to the US firefighters and said she had passed on Australia’s condolences to Mr Culvahouse, while Prime Minister Scott Morrison had spoken to US Secretary of State Mike Pompeo.

*A message from Commissioner Paul Baxter*
Today, we are grieving with Coulson Aviation – Next Gen Firefighting as they mourn the loss of Captain Ian H McBeth, First Officer Paul Clyde Hudson, and Flight Engineer Rick A. DeMorgan Jr who were tragically killed yesterday afternoon. pic.twitter.com/fkOlpELYRE

NSW Emergency Services Minister David Elliott has described the devastating bushfire season as the “darkest summer” in the state’s history.

Mr Elliott said he hoped the 2019-20 summer would never be repeated.

“I’m hoping we don’t have a repeat next year, or the year after, or for the next 10 years, but the reality is, we probably will,” he said on Friday.

Meanwhile, six firefighters battling the Clyde Mountain blaze on NSW’s south coast were injured when their truck rolled near Moruya.

Three of them were kept in hospital on Thursday night for monitoring but none of them have serious injuries.

He urged people to remain alert, with thousands of kilometres of fires still burning that crews needed to contain before dry conditions return.

While the three-month weather outlook for NSW does include some rainfall, Mr Fitzsimmons said it wouldn’t be above average.

“We’re not getting any strong signals of above-average rainfall, drought-breaking rainfall or fire season-ending rainfall,” he said.

More than 70 fires continue to burn across NSW, with 30 uncontained.

The US firefighters and the three NSW firefighters who have died battling fires this season will be remembered in a state memorial service on February 23.

‘Darkest summer’ in NSW history as brave US firefighters mourned