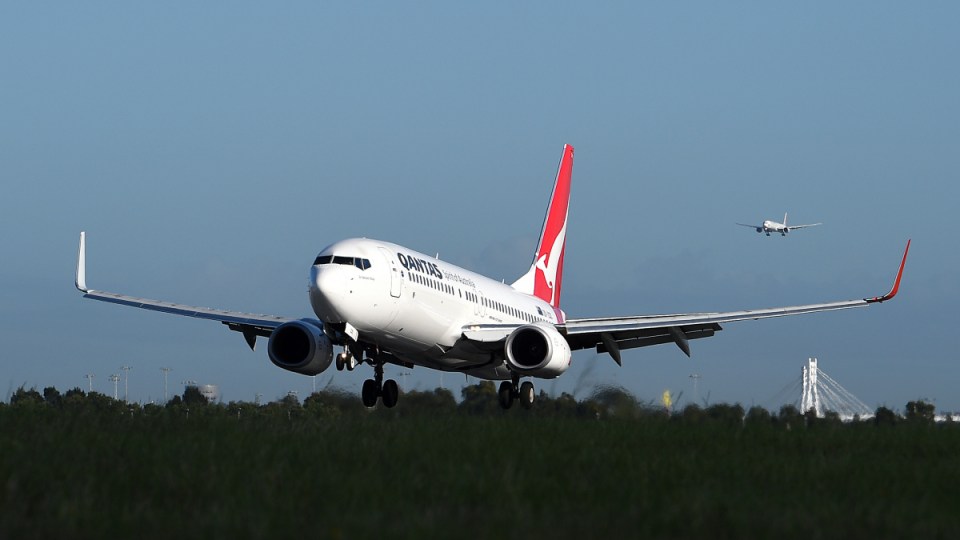 The Qantas Boeing 737 was coming in to land at the same time an Airbus A330 was about to take off. Photo: AAP

Australia’s transport safety authority is probing whether a trainee air traffic controller is to blame after two Qantas planes came within 152 metres of each other over Sydney.

The incident – which occurred last August – was so serious, one of the aircraft’s emergency collision avoidance systems was activated.

Details of the near-miss are contained in a preliminary report by the Australian Transport Safety Bureau (ATSB), which was released on Thursday and categorised the incident as “serious”.

It happened after an Airbus A330 was cleared to take off from Sydney Airport at the same time a Boeing 737 was about to land.

The A330 travelled just 152 metres below the 737 aircraft in a tense few seconds described as “very close” by the plane’s captain, who radioed the control tower straight away.

The ATSB’s report found the “loss of separation” between the planes occurred when both aircraft turned to the right.

The aircraft’s airborne collision avoidance system –  a last-resort safety mechanism – was activated as a result.

Both planes ascended after the close shave, with the A330 climbing 1500 metres and continuing to Melbourne, while the 737 went about 900 metres higher before landing safely.

The trainee was working supervised in the tower, the report found.

He had worked as an air controller at other airports and was training to take up the position at Sydney Airport.

In a statement, Qantas said: “Even if both aircraft stayed on the same flight paths, they were not in danger of colliding”.

“We’re continuing to work with the ATSB on their ongoing investigation.”