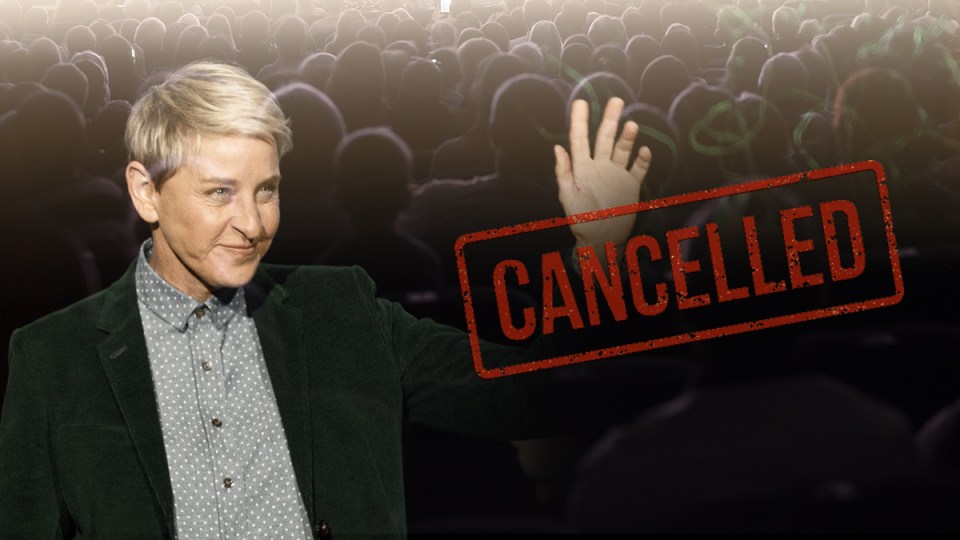 As the modern adage goes: “Are you even alive in 2019 if you haven’t been cancelled?”

Cancel culture is the equivalent of a stoning in the town square. With your pants down. And your parents watching.

And while it may have existed since the dawn of social media it really hit some strong marks this year.

In December ‘cancelled’ took home the gong as Macquarie Dictionary’s word of the year.

The truth is though, cancel culture is vague, It’s nebulously defined. There’s a top tier of cancellations –  it includes the likes of Harvey Weinstein, George Pell, R Kelly and Kevin Spacey (to name a few) – those that aren’t going to and shouldn’t ever come back from cultural exile.

But there’s there is a lower tier- filled with rows of those who said something wrong, felt the wrath of the internet and (on occasion) walked it off.

There are layers to this. Lots of layers.

Some, once cancelled, can bounce back. Karl Stefanovic was fired and then rehired after he left his wife for a much younger woman.

Kanye West released two albums after declaring ‘slavery was a choice’ and Disney played hot potato with Guardians of The Galaxy director James Gunn, dropping him and picking him back up within the 30-second rule after a series of nasty tweets emerged.

Some weather the storms – Eddie McGuire still sits in the millionaire hot seat at Collingwood despite likening Adam Goodes to King Kong and mocking a double amputee. Somehow, he’s still got it locked in.

So here are the biggest cancellations of 2019 – in order of date, not hierarchy.

Liam ‘I’m not racist’ Neeson started this year off with a bang – by launching himself straight into a fierce furore after he told the Independent that after the rape of a friend many years earlier he had ‘wanted to kill a black bastard’.

If the first rule of cancel culture is not to sexually abuse anyone, then the runner up rule is not to be racist. These are also followed by First Rule C: Don’t be a misogynist.

Needless to say, he quickly backed down, backtracked and ran as fast as he could away from the words that he should have left in the 1800s.

Neeson’s comments quickly had a real-world impact – his remarks lead to the swift cancellation of his new film, Cold Pursuit, premiere.

And an apology:  “I was wrong to do what I did. I recognise that, although the comments I made do not reflect, in any way, my true feelings nor me, they were hurtful and divisive. I profoundly apologise.”

It takes someone really special to say something outlandish enough for the Australian Senate, dominated by conservative cancel-culture-hating senators to do, well just that.

But Fraser Anning managed it.

In April, politicians from across the political divide joined ranks in a true sign of bipartisanship to censure Mr Anning for his comments linking the New Zealand mosque attacks to immigration.

Mr Anning is now in political exile in the US and is being pursued by creditors over unpaid debts.

It only took 19 votes the first time so that’s anyone’s guess.

Nothing says PR disaster more than being a wildly famous chef, living in a $4.7 million Toorak mansion and undercutting your staff to the tune of almost $8 million.

In July the embattled star attempted to regain control of his spiralling cancellation by appearing on the 7.30 Report and asking for forgiveness.

Oh Alan. Why-ever did you open your mouth?

In August the shock jock created headlines and a whole lot of outrage after an on-air rant about the New Zealand PM, during which he said Prime Minister Scott Morrison should “shove a sock down her throat”.

An apology: “Earlier today I did write to the New Zealand Prime Minister Jacinda [Ardern],” he said. “Amongst other things I said … I would never wish her any harm and would always wish her the best.”

And a whole lot of advertising cancelling their contacts with his show – to the estimated tune of $1 million.

The short answer is yes. The long answer is here.

In May, the American Desperate Housewives actress pleaded guilty to fraud conspiracy college admissions scandal and admitted to paying $15,000 to cheat on her daughter’s SAT exam.

She is fresh out of prison, after an 11-day stint.

Huffman is ‘out and about looking casual with a make-up free face’ according to one headline and television networks are desperately trying to snag here for an interview according to others – so yeah, good chance she’ll be the 2020 comeback Queen.

It’s not often cancellations involve having a good laugh with an old mate.

Comedian Ellen DeGeneres waded into hot water in October after she filmed herself joking around with former US president George W Bush.

The Republican president opposed gay marriage during his time in office and also faced condemnation for leading the country – and the rest of the free world – into wars in Iraq and Afghanistan.

Ellen defended the court-side hang with Mr Bush. Telling her studio audience later: ” Here’s the thing. I’m friends with George Bush,” she said, “In fact, I’m friends with a lot of people who don’t share the same beliefs that I have.”

Some will never forgive, but they’re in the minority.

We almost made the end of the year footloose and international cancel-controversy-free but there’s a new Queen on the problematic block and her name is JK Rowling.

Rowling set the internet ablaze when she tweeted support for Maya Forstater, a woman who lost her job after suggesting that transgender people cannot change the biological sex they were born with.

Why the Harry Potter author waded into those murky waters is anyone’s guess, but she did it with gusto.

Rowling’s LGBTI readers were disappointed with the author breaking her Twitter silence to send support to someone who denies trans people exist, with one other tweeting back:

“My daughter, who is trans, is a big fan of yours. It breaks my heart to see you post something indicating that discrimination against her is perfectly fine behaviour for an employee.

JK will still be the one who gave the world The Boy Who Lived, but she lost a lot of love from fans over this. She should stick to typing not tweeting.

Cancelled! The celebs we loved and looked up to – until they let us down in 2019