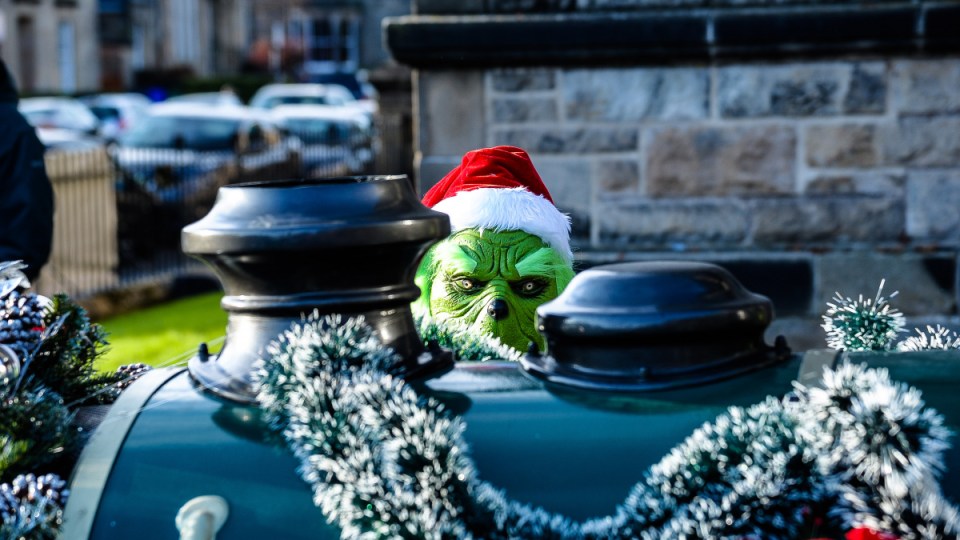 The war on Christmas has begun - and it's not just the Grinch. Photo: Getty

On Tuesday, Sky News commentator Chris Kenny claimed that Christmas had been cancelled by inner-city lefties and the too-woke brigade.

“If you look all around this country but especially in the painfully woke inner-city areas of Sydney and Melbourne, Christmas is being downplayed, ignored, adjusted and demeaned,” he said.

Citing a 10Daily article that said a popular Melbourne shopping strip, Chapel Street, had this year chosen to go with a ‘woke Santa’ – think Santa but younger and in shorts – and that one childcare centre would be holding a “fresh food swap” instead of a Christmas-themed celebration, Kenny lamented the decline of the entire festive season.

His rally cry against the war on Christmas followed fellow commentator Prue MacSween saying on Twitter that it was “child abuse” her four-year-old saw a woman dressed as Santa at Myer in Bondi.

The fact that Myer at Bondi didn’t have an official Santa this year was not lost on the Twittersphere.

But the 12 days of trying to protect Christmas (and children) started with a bang this year when Eric and Lara Trump declared that the battle had already been won – by none other than the leader of the free world.

“You can say Merry Christmas again,” Lara Trump said in response. “Isn’t that so nice, Jeanine?”

“It is nice to say Merry Christmas again.”

But before every foot soldier packs up their red hats and heads home for a rendition of Drummer Boy they might want to re-think, said Deakin University’s Patrick Stokes.

“The war on Christmas isn’t won or fought. It’s a phoney war, it’s not real. It’s decried without ever happening,” Dr Stokes said.

“It’s obviously not true that Christmas is not being celebrated. It’s visibly everywhere.

“It’s a cultural anxiety that if I can’t say ‘Merry Christmas’ to everyone, I have to think about who I’m talking to.”

The war on Christmas might bring up amusing tales of internationally famous authors allegedly trying to ban Christmas trees, but it’s also a lot more sinister, said the University of Melbourne’s Lauren Rosewarne.

“It’s a deep state, or deep Christmas conspiracy that has no basis,” Dr Rosewarne said.

“I’ve just come back from six months in the US, where the right-wing constantly talk about the war on Christmas.

“But you can’t escape it, you can’t hide from it – Christmas is everywhere.

“It’s trumped up, but it’s ideologically driven. It is implying that there are people who are challenging the values of our culture.

“There’s an attempt to argue that people are changing their way of life. There are racist undertones.”

Like many new adopted traditions such as Halloween, Black Friday bargains and our love of burgers, the Great Christmas Wars are borrowed from our American cousins, said lawyer and commentator Duncan Fine.

“It started off in America with Fox News 20 years ago, so it’s a sad comment on sections of the Australian media that this argument isn’t the slightest bit original,” Mr Fine said.

“It’s been reheated as if in a bain-marie; it’s like leftovers from America. That’s what this war on Christmas is.

“If anyone got arrested for celebrating Christmas, if anyone lost their job for wearing a funny red hat, I would be at the barricade with conservative commenters saying there is a war on Christmas.

“That would be a disgrace, but it simply has never happened.”

‘War on Christmas’: Is there any proof our traditions are under threat?