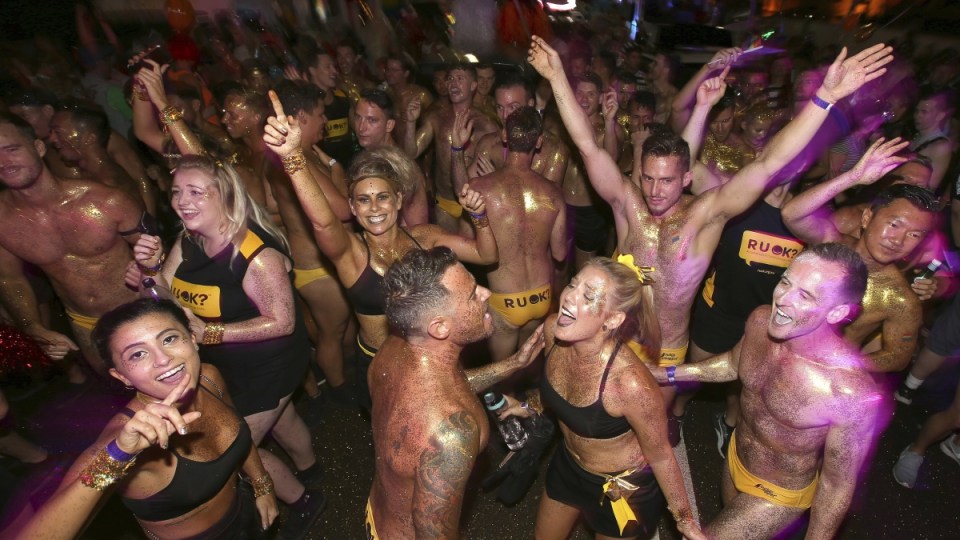 Revellers get in some serious dance moves at the annual Gay and Lesbian Mardi Gras parade in Sydney. Photo: AAP

The Sydney Gay and Lesbian Mardi Gras is set to vote on whether to uninvite Prime Minister Scott Morrison and block police floats from next year’s parade.

Several hundred Mardi Gras members will on November 30 decide on a range of motions due to come before the organisation’s annual general meeting in Sydney, as well as a vote on its board of directors.

The collective Pride in Protest, which has four candidates standing for election, has put forward motions to the AGM including one for Mr Morrison to be formally uninvited to the 2020 Mardi Gras parade.

Mr Morrison did not attend the annual parade in 2019 but former prime minister Malcolm Turnbull attended the 2018 parade with wife Lucy.

Gay marriage was legalised under Mr Turnbull’s leadership in late 2017.

“(The motion) really is about sending a message that we’re not being complacent with the government that has shown us so much continual harm and oppression,” Pride in Protest member Charlie Murphy said.

This was particularly the case within the trans community, Miss Murphy said, who feel “completely vilified”.

Miss Murphy pointed to the ending of the Safe Schools program and Mr Morrison referring to teachers reportedly being trained to identify potential transgender students as “gender whisperers” as case in point.

A separate motion calls for the NSW Police Force, Australian Federal Police and other police organisations to be barred from having floats in next year’s parade.

“First Nations people, Aboriginal people, really anyone who’s in a marginalised community that has been vilified or oppressed by the police … how are they supposed to feel safe when Mardi Gras essentially gives them tacit consent by allowing their float or for them to march in uniform in the parade,” Miss Murphy said.

Another motion calls for a review into corporate sponsors of Mardi Gras on human rights grounds, including Qantas for its role in transporting refugees forcefully deported by the Australian government.

While similar motions have previously met resistance, Miss Murphy said members “in all good conscience … should be voting for these motions”.

A spokesman for the Sydney Gay and Lesbian Mardi Gras board on Thursday said it has a responsibility to consider motions by its members.

“This year’s AGM will consider motions on everything from the pricing of membership to political issues,” the spokesman said in a statement.

“These motions and the surrounding debate are displays of the strength and diversity of Mardi Gras and our community, and it is a diversity that we are proud to nurture and celebrate.”

Mardi Gras to vote on parade ban for Scott Morrison