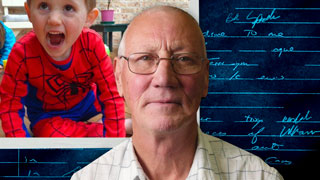 Bill Spedding, a one-time person-of-interest in the disappearance of William Tyrrell, says his life was “shattered” by his highly-publicised ordeal which caused “damage that can never be repaired”.

The whitegoods repairman, who is suing NSW Police, opened up on ABC’s Four Corners on Monday night about the investigation and its impact on his life and business.

“The thing is that the publicity was worldwide. It wasn’t just NSW. It was Australia and worldwide, and that is damage that can never be repaired.”

William was three years old when he disappeared from his foster grandmother’s home in Kendall, on NSW’s mid-north coast, about 10.15am on September 12, 2014.

Mr Spedding, who visited the home three days earlier to fix a washing machine, has always vehemently denied any involvement.

An inquest this year heard that on the morning the boy went missing, Mr Spedding and his wife met for coffee about 9.30am in Laurieton, a 15-minute drive from Kendall.

They then attended a school assembly across the road to see a child in their care receive an award.

But detectives remained interested in his movements and in January 2015 they searched Mr Spedding’s home and business.

No forensic evidence was found linking him to the disappearance.

In a video of the interrogation obtained by Four Corners Detective Justin Moynihan accused Mr Spedding of returning to the home on Friday, September 12, 2014 and taking the little boy.

Detective: “You were there to fix that washing machine.”

Detective: “But perhaps you didn’t make it to the house because as we know William Tyrrell was wandering the front yard of his grandmother’s house … on his own. He had no supervision by any parent at that time for a few minutes. We know that.

Detective: “We believe you were there.”

Detective: “We believe that perhaps you may have seen William.”

Mr Spedding said one detective after an hours-long interrogation told him: “We know you did it. We’re going to get you. I’m going to come and arrest you”.

He said then-homicide detective Gary Jubelin, who took over the investigation after almost five months, later told him: “Mr Nice-Washing-Machine-Man, we’re going to ruin you”.

Mr Jubelin, who quit the force this year and is fighting allegations he illegally recorded phone conversations during the investigation, denied saying those words.

The former detective said he didn’t expect him to understand, “but the best thing I could do for Mr Spedding is to ensure that a thorough investigation was done”.

A NSW Police spokeswoman said they couldn’t comment as the matter was still subject to a coronial inquest and ongoing investigation.