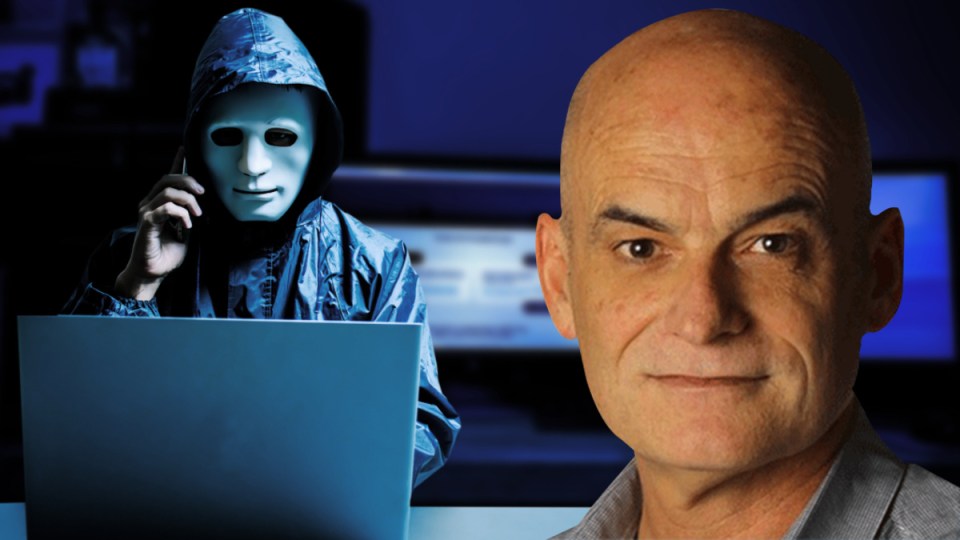 Old boxers with faces laced with so much scar tissue they resemble jigsaw puzzles. Farmers with calloused skin as rough and parched as the land they work on. Parents putting their lives back together after losing a child.

But few can match my mother-in-law.

As a child in a small village in southern Italy, she hauled 20kg bags of flour up steep hills to make bread for her family after her mother died when she was young.

Barely out of her teens, she endured chronic seasickness on a four-month sea journey with her husband to Australia in the 1960s, a baby cradled in her arms and another growing in her belly.

She made a new life, learned a new language, worked a full-time job, built a home and raised a family. And then, just when her future finally seemed secure, she had to bury her husband before she reached 60.

We all believed life had nothing left to hurl at this tiny woman, nothing that could ever again intimidate and fluster her.

Turns out all it took was a couple of phone calls and a few strokes of a computer keyboard.

Several weeks ago thieves stole several thousand dollars from her bank account. They began calling her home and mobile phones one morning from an international number with an Egyptian prefix. They were from her bank, they said, and needed to check her details.

Confused and suspicious, she logged on to her bank account using the Ipad that allows her to watch Italian soap operas on YouTube and to stay in touch with her sisters, who continue to grind out life back in their village in Italy.

Five thousand dollars had already disappeared from her account. Another $2500 was pending; a small fortune for a widowed pensioner in her mid-70s.

The scammers had been taking incremental amounts, testing the waters to see what limits were in place and how much more of her life savings they could steal.

You can guess what the past few weeks have been like.

Frustrating lines at the bank to speak with someone.

A frozen account and the imposition of a $30 deposit while an investigation into the theft takes place – a small but offensive fee from a bank that has enriched itself on her loyal deposits over the past half century.

Lengthy waits for indifferent and – in one case – arrogant call centre operators to assist with details for a new account.

But far worse is the sound of her home phone ringing and the prospect that it might be those thieves, harassing her again in their faltering English, demanding more details.

For the first time since the weeks and months after she lost her husband, my mother-in-law, who lives alone, is frightened and struggling to sleep.

She’s also angry and growing more bitter by the day. Like many of us, she pictures her savings sitting safely inside a closely guarded giant vault. It’s part of the pact we make with our banks – we give them our money and in return assume they are going above and beyond to protect it.

But the digital revolution, with all its broken promises of heightened security and paperless offices, has also turned into a free-for-all for every small-time crook and fraudster with access to a computer. They, along with large-scale scamming operations, trawl the globe reaping billions of dollars in online fraud every year.

We still don’t know how my mother-in-law’s account was accessed – it may have been a lucky algorithm hit or a password accessed from a hacked database.

But it’s clearly reaching epidemic proportions. Friends of ours had a similar experience earlier this year – $10,000 in savings meant for a home deposit snatched overnight from their online account.

The great irony is that the only people secure from online fraud are those who continue to resist the lure of the digital world.

I have a relative who refuses to have a credit card, who doesn’t have an email address and still goes to the bank once a week to withdraw cash using his savings account book.

He’s safe – unless one of the few remaining pickpockets from the cash era who is not too old and arthritic manages to swipe his wallet.

But for most people life in a digital-free world is almost impossible. Companies continue to force customers online under the guise of offering a “simple” and “stress-free” experience – one of those beautiful corporate lies to disguise their desire to cut costs by reducing staff.

The grim reality is that there is not a great deal that can be done to improve our vulnerability – unless those fiddling with quantum computers suddenly have a significant breakthrough and turn the online world into a much more secure realm.

The genie escaped from the bottle a long time ago. Most of us surrendered our privacy by handing over our personal data in the rush to embrace all the positives that the new information age has delivered.

The best we can do is remain vigilant by changing our passwords and checking our accounts in a daily attempt to stay one step ahead of the scammers.

So much for an era that promised to enrich and simplify our lives by giving us unlimited access to information.

My mother-in-law has now become a more private and almost secretive woman. We may have no choice but to join her.

Garry Linnell: It’s tough going but we have to stay a step ahead of scammers