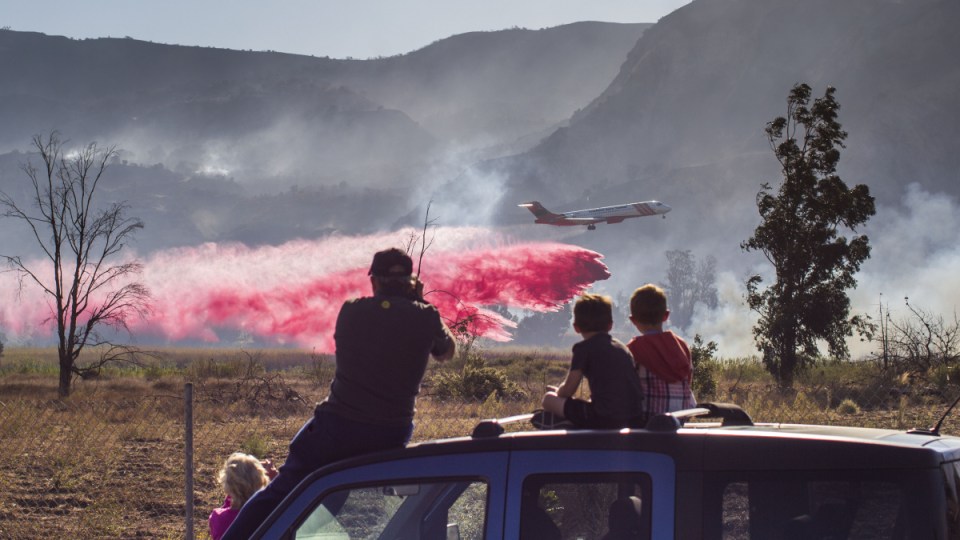 US President Donald Trump has threatened to cut federal aid to the state of California as wildfires burn across the state.

“Get your act together Governor,” Mr Trump wrote. “You don’t see close to the level of burn in other states.”

Mr Newsom replied with a tweet of his own: “You don’t believe in climate change. You are excused from this conversation.”

Neither of the two major fires burning in California are on forest land.

The state controls a small percentage of forest land. The federal government manages most of it.

The Governor of California, @GavinNewsom, has done a terrible job of forest management. I told him from the first day we met that he must “clean” his forest floors regardless of what his bosses, the environmentalists, DEMAND of him. Must also do burns and cut fire stoppers…..

Parts of the state has been ablaze for days as dozens of wildfires spread, forcing the evacuation of thousands of people including in outer-suburbs of Los Angeles.

By Monday morning, authorities had lifted all evacuation orders as progress was being made on a large wildfire north west of Los Angeles.

Firefighters contained 50 per cent of that fire, which has burned nearly 40 square kilometres and forced nearly 11,000 people to evacuate.

Last year Mr Trump made a similar threat as wildfires devastated Malibu and Paradise, California, accusing the state of “gross mismanagement” of forests.

At the time, Mr Newsom defended California’s wildfire prevention efforts while criticising the federal government for not doing enough to help protect the state.

You don’t believe in climate change. You are excused from this conversation. https://t.co/PSt8N39Er5

In Northern California, more people were allowed to return to areas evacuated over a huge fire that was burning for days in the Sonoma County wine country.

The 300 square km fire was 76 per cent contained, the California Department of Forestry and Fire Protection said.