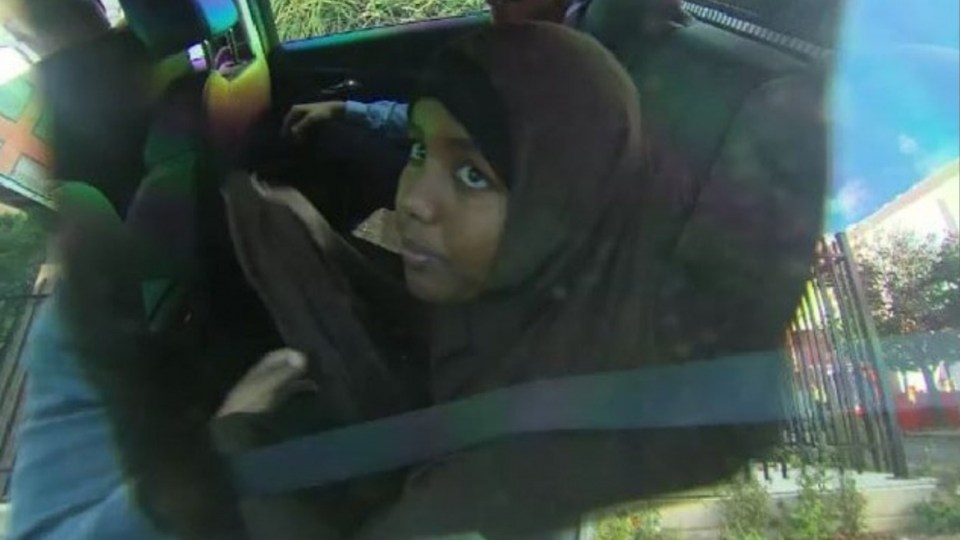 Zainab Abdirahman-Khalif had been found guilty of being an Islamic State member last year. Photo: Twitter

A South Australian woman convicted of being a member of the Islamic State terror group has had her guilty verdict overturned on appeal.

Zainab Abdirahman-Khalif, 25, was convicted of being a member of a terror group by a jury following a trial last year.

But the verdict was set aside and she was acquitted by Chief Justice Chris Kourakis and Justice Greg Parker in a Supreme Court majority decision on Thursday.

Justice Patricia Kelly said she would have dismissed the appeal.

Ms Abdirahman-Khalif, who has spent more than two years behind bars, cried and hugged supporters after she was released from the dock.

The former student was stopped by police at Adelaide Airport while trying to board a plane to Istanbul in July 2016.

She told officers she was taking a last-minute holiday, despite having a small amount of clothing, no return flight and less than $200 in funds.

The Somalian refugee was later released but arrested at the Port Adelaide TAFE SA campus in May 2017, following a lengthy police investigation.

She was found guilty in what was the state’s first terrorism trial, but Ms Abdirahman-Khalif launched an appeal, arguing the guilty verdict was unreasonable and cannot be supported on the evidence.