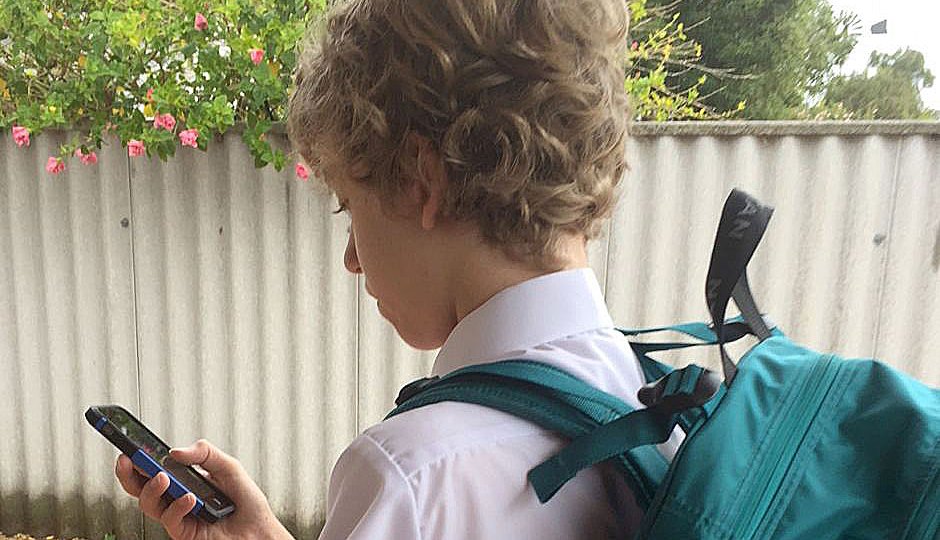 Mobile phones are to be banned in West Australian public schools from 2020. Photo: ABC

The West Australian government will ban students from using mobile phones in all public schools in a major push to reduce distraction and focus on learning.

The ban, announced today by Premier Mark McGowan and Education Minister Sue Ellery, will come into effect from 2020.

The prohibition on phones will take effect during school hours, beginning from the time students arrive until the end of the school day, including before school and during break times.

The “off and away all day” policy comes after consultation with schools that already had successful guidelines in place for controlling access to mobile phones.

The ban restricts the use of mobile phones, smart watches, earbuds, tablets and headphones unless students are under the instruction of a staff member.

Students from kindergarten to Year 6 will not be permitted to have mobile phones in their possession during the school day.

Students from Years 7 to 12 must have their phones turned off during school hours and kept off and out of sight until the end of the school day.

Additionally, under the new policy, smart watches must be set to airplane mode.

Mr McGowan said exemptions to the policy would be made for students with special circumstances, including those who needed to monitor a health condition, were under the direct instruction of a teacher for educational purposes or had teacher permission for a specified purpose.