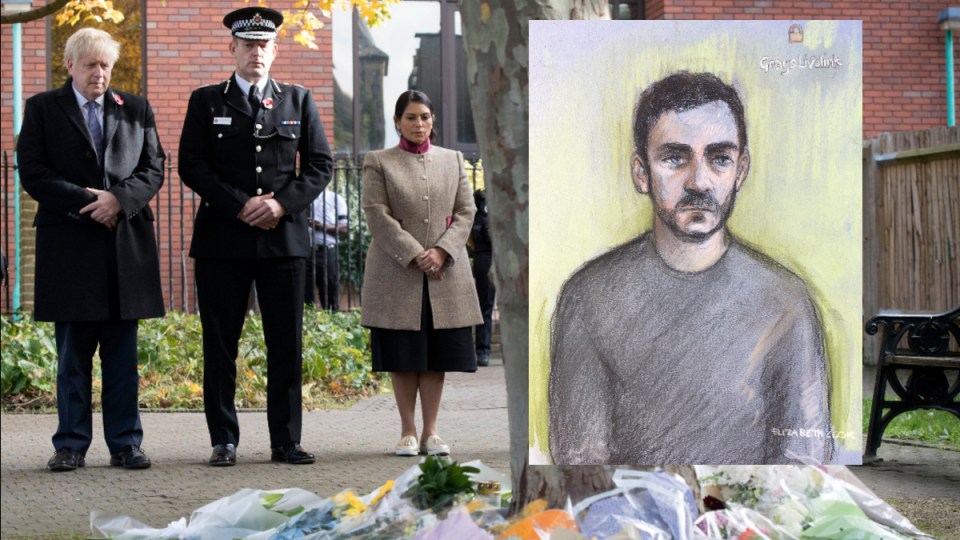 The driver who opened the doors of a refrigerated trucking container to find 39 bodies of migrants is part of a global people-smuggling ring, prosecutors will allege.

The public was given the first glimpse of Maurice ‘Mo’ Robinson since his arrest last week at a UK industrial estate, as a court heard parts of the case stacking against the young man from Northern Ireland.

The 25-year-old truck driver is charged with manslaughter, conspiracy to traffick people, conspiracy to assist unlawful immigration and money laundering.

He appeared via videolink, dressed in grey, speaking only to confirm his name and address.

“This involves a global ring facilitating the movement of a large number of immigrants into the UK,” prosecution lawyer Ogheneruona Mercy Iguyovwe told the court.

As the first details of the case were aired, Prime Minister Boris Johnson joined Essex police and emergency representatives to lay flowers and write in a book of condolence for the victims.

“The whole nation, and indeed the world had been shocked by this tragedy and the cruelty of the fate that has been suffered by innocent people who were hoping for a better life in this country,” Mr Johnson wrote.

“In condemning the callousness of those responsible for this crime, we in the government of the United Kingdom resolve to do everything in our power to bring the perpetrators to justice.”

Essex police Chief Constable Ben-Julian Harrington said: “Last week our county was shaken by this tragic event. Our thoughts continue to be with all those who have lost their lives, and also with their loved ones.

“As we have said this will be a long and complex investigation. We will do everything we can to bring those responsible to justice and would ask for patience while we ensure the identification of those who have died is carried out with dignity.”

Police are now searching for other people connected to the suspected people-smuggling operation, with one theory being that the truck containing the dead migrants was one of three in convoy that night.

Friends of Mr Robinson had told UK media after his arrest that he was innocent and had even passed out from shock when he opened the doors of the truck to make the grim discovery.

The allegations by prosecutors, however, will suggest that Mr Robinson knew full well the 31 men and eight women were crammed in the freezing container.

Whether police will allege he knew their health was in peril is yet to be revealed. But that they laid manslaughter charges suggests they have evidence of culpability, but not of murderous intent.

Police believe Mr Robinson, an expectant father from Co Armagh, had been part of a “global ring”. They have possible evidence pointing to his participation for at least 10 months.

The charges against Mr Robinson relate to alleged offences between December 2018, and October this year.

The driver was arrested shortly after the grisly discovery of the bodies in the early hours of October 23 a few kilometres from the English port of Purfleet. The container had travelled from the Belgian port of Zeebrugge.

British police initially said the 39 dead were thought to have been Chinese but it later emerged that many were from Vietnam, where communities have been plunged into despair in the belief their missing loved ones are dead.

Police have said very few of the victims were carrying official identification and that they hope to identify the dead through fingerprints, dental records and DNA, as well as photographs from friends and relatives.

The Vietnamese government said Britain had sent dossiers regarding four of the people found in the truck, seeking help in identifying them.

Deputy Foreign Minister Bui Thanh Son told reporters: “The Ministry of Foreign Affairs is developing dossiers of possible victims, but until now there have been no grounds to confirm Vietnamese nationals are among the victims.”

The suspected victims hail from Vietnam’s northern rice-growing areas of Nghe An and Ha Tinh, two of the communist-ruled nation’s poorest provinces.

One 19-year-old, Bui Thi Nhung, is believed by her family to be one of the 39 people found dead.

Nhung’s family said she first left Nghe An on her journey overseas in August. She went to China first, before eventually making her way to Germany, then Belgium, where they believe she boarded the ill-fated truck.

About 70 per cent of Vietnamese trafficking cases in Britain between 2009 and 2016 were for labour exploitation, including cannabis production and work in nail salons, the British government said last year.

Nghe An was identified as home to many victims of human trafficking who end up in Europe, according to a March report by the Pacific Links Foundation, a US-based anti-trafficking organisation.

The other province, Ha Tinh, was ravaged by one of Vietnam’s worst environmental disasters in 2016 when a steel mill owned by Taiwan’s Formosa Plastics contaminated coastal waters, devastating fishing and tourism there.

Mr Robinson was not required to enter a plea at this stage. He has been remanded in custody and is next due to appear at the Old Bailey court on November 25.