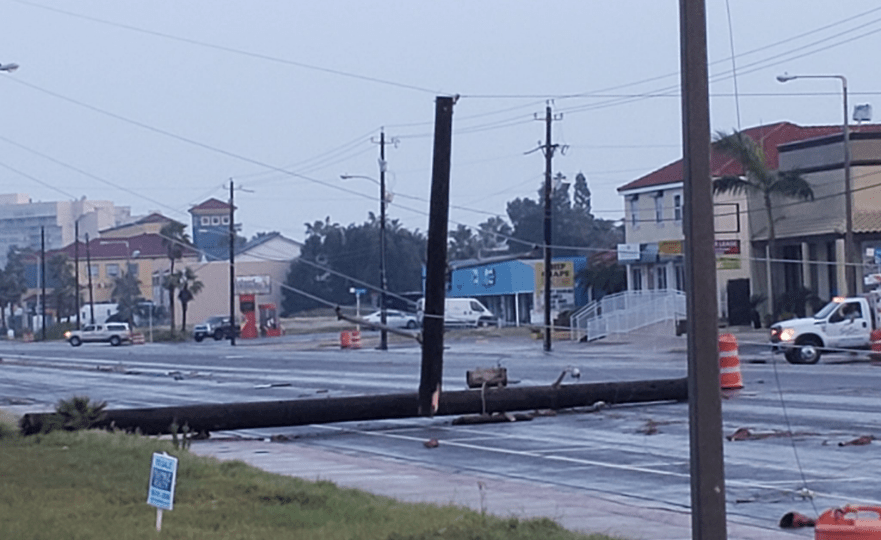 Residents in Texas shared photos of the damage on social media. Photo: Twitter

A tornado has torn homes and businesses apart in Dallas, and four people have been killed in Arkansas and Oklahoma as late-night storms caused chaos in several US states.

There were no reports of fatalities or serious injuries in Texas on Monday, but fire and rescue service spokesman Jason Evans said three people were taken to hospital for injuries that were not life-threatening.

Tens of thousands of people were left without electricity.

@FOX4 crazy lightning storm from the storm that passed over Dallas that produced the tornado. This was seen over southern Collin Co a few moments ago #severeweather #texasweather pic.twitter.com/zRRdDYCQsA

Tornado warnings were in effect on Monday in far eastern Arkansas, near the Mississippi River, as the storm system moved to the east.

Dallas-based radio station KNON-FM went off the air when the studio suffered major damage from the tornado.

Presenter Lew Morris said the power went out first, followed by the “distinctive whistle” of a tornado within three minutes.

He and another radio show host sheltered in a toilet.

“We then heard the building shaking and could hear the glass windows shattering everywhere along with debris banging around. We waited until all the noise died down,” Morris said.

“We walked out to see the studio he was just broadcasting from destroyed.”

In northwest Arkansas, one person died when a tree fell on a home in Rogers, according to Benton County Department of Public Safety.

Damage was also reported in the northeast corner of Arkansas in the town of Tyronza, where five people were reported injured, Jonesboro TV station KAIT reported.

Authorities said severe thunderstorms were responsible for the deaths of three people in eastern Oklahoma.

She said the 14 and 15-year-old boys were using a portable gas generator in a travel trailer after the storms knocked out power in the area.

Another person died late on Sunday when a tree was blown onto a mobile home near Valliant, southeast of Oklahoma City, emergency management officials said.

Four people killed in wild weather across the US