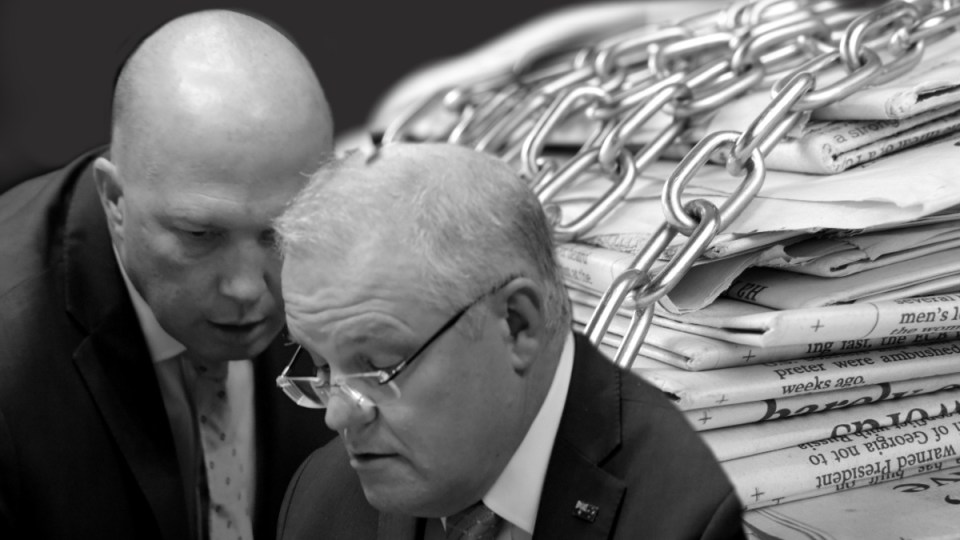 Australian media is taking a stand against the government's attempts to keep secrets from the public.
analysis

Like the frog in the slowly heating pot, Australia’s major media organisations have belatedly realised they are in a most uncomfortable fix.

After mostly cheerleading the 75 or so increasingly more draconian national security laws introduced over the past 18 years, they now realise they have unwittingly encouraged an erosion of their freedom to report, inform and hold government to account.

This puts in jeopardy the very thing that makes Australia a free country.

One of the founders of the United States of America, Thomas Jefferson wrote: “Our liberty cannot be guaranteed but by the freedom of the press, nor be limited without danger of losing it.”

Those words ring very true today in the Commonwealth of Australia and the pity of it is we have arrived at this in no small way by successive coalition governments ruthlessly seeking to establish the political ascendency over their Labor opponents.

News rivals normally trying to outscoop each other today all carried the same front page. It was a campaign warning about the danger from governments eroding freedom of the media. @Brett_Mcleod #PressFreedom #RightToKnow #9News pic.twitter.com/VS1Z4dcsAa

So successful had John Howard been in this that Bill Shorten – when he became Opposition leader six years ago – decided the best tactic on national security was to be in lock step with the government.

There was one safety valve of sorts and that was the Parliamentary Joint Committee of Intelligence and Security.

It consists of Liberal and Labor politicians, with the government members making up the majority.

Over the years the committee has worked hard for consensus and often successfully amended government bills. But as is the nature of compromise, that didn’t stop the criminalisation of journalism and whistleblowing that we have today.

Since the election the committee has been emasculated, with the Prime Minister Scott Morrison and Home Affairs Minister Peter Dutton ignoring and deriding most of its unanimous recommendations because it had become a patsy of the Labor Party.

Few in Canberra doubt that the post-election police raids on the ABC and the home of a News Corp journalist were at the very least the result of the newly re-elected government wanting to intimidate any who dare to embarrass it.

The government has been backpeddling ever since.

Two months ago Mr Dutton directed the Australian Federal Police to take into account the “importance of a free and open press” before investigating a journalist or media organisation.

It hasn’t stopped the investigation, nor has it ruled out charging the journalists.

On Monday, a belligerent Mr Morrison told Parliament no matter if people are politicians or journalists, no one in this country is above the law.

And he said decisions about “who should be prosecuted at the end of the day should not be at the whim of politicians. They should be based on the assessment of appropriately constituted law enforcement agencies”.

Except that contradicts assurances given by his Attorney-General Christian Porter just three weeks ago.

Mr Porter issued a direction to the Commonwealth Director of Public Prosecutions: “… where the CDPP independently considers that there is a public interest in a prosecution … involving a journalist, the consent of the Attorney-General will also be required as a separate and additional safeguard.”

All weasel words that don’t impress one of News Corp’s most senior executives, Campbell Reid.

Reid accuses the government of “misinformation” and of misrepresenting what the Your Right To Know campaign is about.

It is not asking for “blanket exemptions” from national security law as Mr Porter claims, Reid says, just seeking a “working regime that exists in every country we consider ourselves equal to”.

And the News Corp heavyweight reminds the PM that Australia is not an authoritarian state like China.

“In our democracy” he told RN Breakfast “as in others, we can review laws that overstep the mark of accountability or that constrain people unfairly for doing their jobs.”

Paul Bongiorno: Australia is on a slippery slope to tyranny